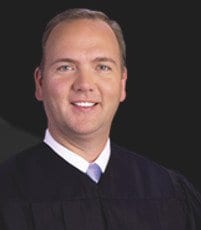 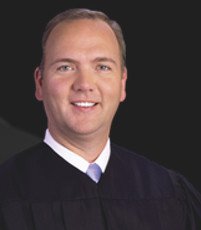 A lesbian mom plans to comply with a Collin County judge’s order saying her partner must move out under a “morality clause” that was included in a divorce settlement with her ex-husband, according to a statement from her attorneys.

The statement released Monday afternoon also indicates that Carolyn Compton’s ex-husband unsuccessfully sought to have her jailed for violating the morality clause by living with her lesbian partner.

Compton has custody of two children from her marriage to Joshua Compton, and she shares a home with her partner of three years, Page Price.

The morality clause says Compton cannot have anyone in her home between 9 p.m. and 7 a.m. if it is “an intimate dating relationship” but they are not married. Under Texas law, Compton cannot marry Price.

Joshua Compton reportedly went to court to enforce the morality clause after hiring a private investigator to spy on his ex-wife.

Republican Collin County Judge John Roach Jr. issued an order May 7 giving Price 30 days to move out. Roach reportedly rejected Joshua Compton’s attempt to have his ex-wife held in contempt, fined and jailed for each of the 181 alleged violations of the morality clause. Nevertheless, the judge’s order has prompted an outcry against him since Dallas Voice broke the story on Friday.

Attorneys for Compton and Price issued a statement Monday saying the couple plans to comply with the order even though it is an unconstitutional violation of their right to privacy under case law including Lawrence v. Texas. The attorneys also requested that unlike Roach, the press respect the couple’s privacy since the case involves children. Their full statement is below.

Statement of behalf of Carolyn Compton and Page Price:

On behalf of our clients, Carolyn Compton and Page Price our firm is issuing this statement related to Ms. Compton’s latest family court hearing. Ms. Compton’s ex-husband filed a Motion for Enforcement of Permanent Injunction and Order to Appear against Ms. Compton. The enforcement was related solely to a morality clause injunction which prohibits the parties from having an overnight guest (of any sex) with whom they have an intimate dating relationship while the children are present during the hours of 9:00 p.m. to 7:00 a.m. Mr. Compton requested that the court find Ms. Compton in contempt, jailed, and fined for each of his 181 alleged violations. We are pleased with the Court’s ruling in our favor that found the morality clause was too ambiguous and not clear enough to hold Ms. Compton in contempt by jail. The Court did not put Ms. Compton in jail, fine her, or order her to pay fees in this case so far.

We are disappointed, however, that the Court decided to clarify the morality clause in an attempt to make it enforceable. The Court ordered Ms. Compton to comply with the clarification within 30 days. This has the effect of kicking Ms. Price, Ms. Compton’s partner of more than two years, out of the home they share. Ms. Compton and Ms. Price plan to comply with the Courts clarification order, even though it will be disruptive to their family and has the potential of being harmful to the children.

The new language anticipated by the court is no less problematic and we believe it to be unconstitutional under right to privacy cases, parental right cases, and the United States Supreme Court’s ruling in Lawrence v. Texas. We believe a sweeping permanent injunction like the one entered here cannot be justified in light of today’s law. We believe that a so-called “morality” clause, like the one the court intends to enter, is a burden on parents, regardless of their sexual orientation, that takes away and unreasonably limits their ability to make parental decisions of whom their children may be around and unreasonably limits what the United State Supreme Court has identified as the liberty of thought, belief, and expression.

Ms. Compton and Ms. Price would like for the press to respect their privacy with this matter, since there are children involved, the case is ongoing, and there is a potential for appeal. If you have any follow up questions please contact Barrett A. Stern and Michael D. Dement of Dement Roach & Stern PLLC.