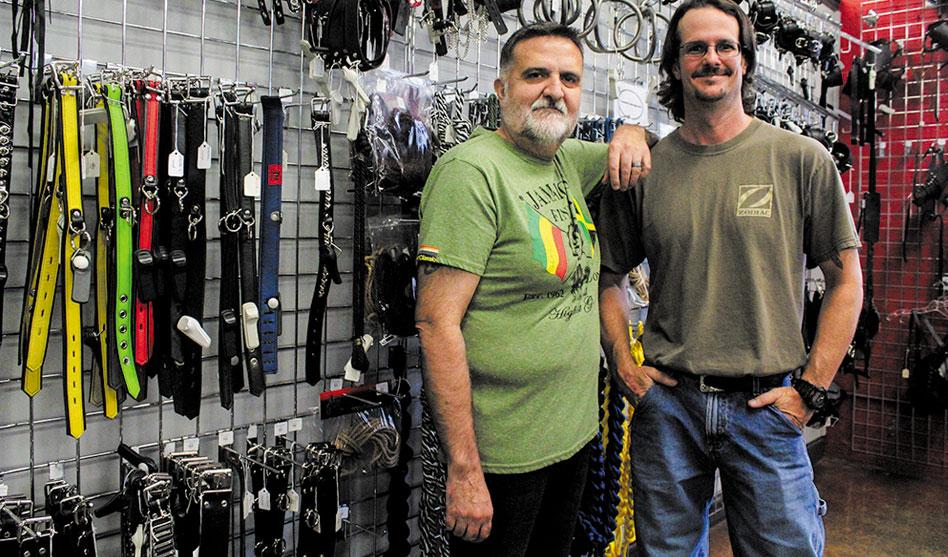 After 15 years, Leather Masters evolves with the culture it has served

In a backroom workshop on a stretch of Main Street in Deep Ellum, Michael Watts fastens shiny steel studs to a cane. A seamstress sits at a sewing machine and holds a black codpiece in place under a needle while another employee weaves threads through a piece of rawhide. The products they fashion might raise some eyebrows, but for those in love with the culture, they are gateways to nirvana.

Many think of leather as an instrument for looking fabulously macho, while others just consider it dead bovine. But say the term “leather community,” and you conjure something specific: People who immerse themselves in a taboo world (popularized in recent years by the popularity of Fifty Shades of Grey). For much of the gay community, of course, this has been common knowledge. And in North Texas, one reason has been Leather Masters.

Leather Masters has housed a galaxy of pansexual leatherwear — vests, cuffs, collars, masks, codpieces and various sex toys, and will continue to do so. But later this spring, Carranza will retire, and the store will change ownership and move its location.

“Right now, we are in the full process of doing a full makeover of Leather Masters, a rejuvenation of it,” says Markus. “We teach people about consent and how to follow protocols to make sure you’re not offending someone. Not just consent between you and your partner, but also consent for those people that are around you. And we want to teach people how to do things safely to make sure no one’s getting hurt. If you don’t know what you’re doing, someone could get really hurt. But where do you go for education?”

In 1989, Carranza and his partner at the time kickstarted the first Leather Masters from their garage in San Jose, Calif. During the late ’80s and ’90s, Carranza was deep into the lifestyle and frequented California’s few shops where leathermen could shop for a variety of their apparel.

“We would go into Mr. S and some other stores and say, ‘Oh, I can make that,’ and ‘I can do that much cheaper,’” he says. “I was a stockbroker at the time, and I didn’t want to wear a suit and tie to work. I said, ‘Hey, let’s go into business.’ And then we bought a sewing machine.” 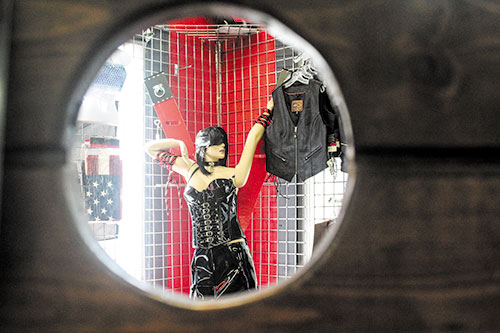 Carranza operated the business operations, including selling items at community events, while his partner’s sister sewed the products. Local leathermen loved the goods, and eventually a friend provided space for the shop in an upstairs room of a nightclub.

They catered the business primarily toward gay men, and after some success and landing a permanent spot in San Jose, Carranza expanded locations to a storefront in Allentown, Penn., and inside San Antonio’s Eagle bar. But wherever he opened a Leather Masters locale, opposition usually sprouted.

“I was in [Allentown] for about four-and-a-half years [before] I got flak from the city and building,” Carranza says. “I said, ‘OK, if you don’t want me here, I’ll leave.’ At that time Leather by Boots [a leather shop in Dallas] contacted me about buying them out. And since I was going to be closing the store in Allentown and then the same time in San Antonio, I decided to move those two stores into Dallas.”

In 2005, he opened North Texas’ first Leather Masters. About six years ago, Carranza met Markus, who sold custom toys and engravings at community events, and asked him to join his team. Markus, a leather craftsman, apprenticed under a saddle-maker in his youth, and when he grew older, used his skills to craft floggers and paddles for personal use.

“We’re in what I classify as the ‘grey’ era, since Fifty Shades of Grey came out and became more public,” Markus says. “It opened up a whole new perspective to a lot of people that were interested in kinky things and either weren’t aware of it or didn’t know how to express it or didn’t know what to call it. So we have a lot of new people coming into this.”

“When you’re going to play, whether it’s with a flogger or a set of cuffs, you’re doing it right and you’re doing it with someone who understands what you’re doing, everybody is on the up and up. Because it’s consensual,” Markus says.

“Another part of that too is the space where you’re doing it,” adds Carranza. “The people at the bar that go have a drink may not want to see that. So, if you’re going to be doing a scene, make sure the people around you consent to be there.”

Two years ago, Carranza closed the San Jose shop, leaving Dallas as the last brick-and-mortar way to visit Leather Masters (it also sells widely through its website). Markus says he will expand on the pansexual concept Carranza integrated for items sold both in-store and online. The Deep Ellum store will remain open until the spring when it will move away from the edginess of Deep Ellum to Northwest Highway and 635, on the border of suburban Garland. Along with more space to design works, he says the new location will feature 400-square-foot classrooms for the house and similar charities to hold educational workshops.

For the upcoming year, Markus plans trips to Amsterdam to teach classes and partner with Hedonism, a resort club in Jamaica, to host a Pride expo.

But most important to Markus is the desire for people to engage in the culture and to feel safe and unjudged wherever they go.

“It’s kind of like, go into an ice cream shop, and everybody’s ordering strawberry except that one person who orders chocolate,” he says. “You can’t get pissed off because they ordered chocolate. Just because they don’t like strawberry, doesn’t make them wrong. If you don’t like it then don’t be around it. You have that choice.”

May the best hides win 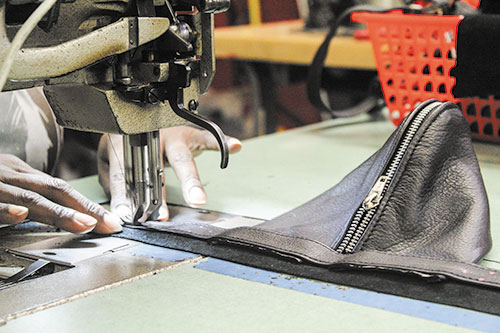 It’s probable that over the years, Leather Masters has supplied all or part of the ensemble that has won a few contestants the title or Mr. Texas Leather. We don’t know whether this year’s winner will be so bedecked, but someone will take the title soon.