The law west of the Pecos 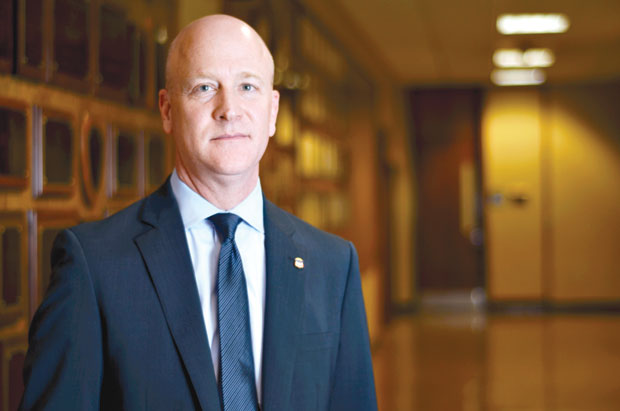 AUSTIN — Although Robert Pitman found the freedom to be himself while attending law school and eventually came out publicly while a federal prosecutor, he never thought his list of accomplishments would include becoming the first openly gay man to be appointed U.S. attorney.

Pitman was named U.S. attorney for the Western District of Texas in June 2011 by President Barack Obama after being nominated by Republican Texas Sens. John Cornyn and Kay Bailey

Hutchison. He took office in October after serving as a U.S. magistrate judge since October 2003.

Growing up in Fort Worth in a Christian household, Pitman was the youngest of five children. His father, a pharmaceutical salesman, and his stay-at-home mother raised him in the

Church of Christ, and he later attended Abilene Christian University.

“I was aware of my sexual orientation from early in life, but because of the culture in which I was raised, it took me a bit longer than it would otherwise have for me to come out,” he said.

Although he thrived at Abilene Christian, eventually serving as student body president, he said it wasn’t until he attended law school at the University of Texas in Austin that he truly found widespread acceptance for his sexuality.

“I really had a wonderful experience there,” Pitman said. “Unfortunately, it [Abilene Christian] was not a place that welcomed gay and lesbian people, and so it wasn’t until I went to law school at the University of Texas that I was really able to feel safe in coming out.”

Attending UT was “an easy choice,” for Pitman because of the law school’s reputation and his love for Austin, but the first spark of passion for law was in high school. 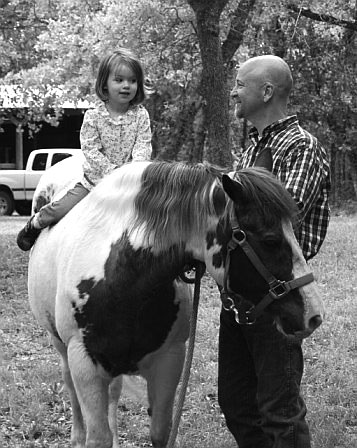 COWTOWN ROOTS | Pitman, shown with a friend’s daughter, says he holds onto ‘part of my Fort Worth heritage.’ He has a small farm outside of Austin where he escapes on weekends to ride his two horses.

Pitman joined the Youth and Government organization in high school and won a state competition, sending him to compete nationally. The excitement drove him toward the profession, giving him the “first indication that I was interested in law and was pretty focused on that from that time on.”

At UT he found himself surrounded by open-minded people, but his upbringing made him hesitate to come out.

After law school, Pitman returned to Fort Worth to work for U.S. District Judge David O. Belew Jr. A year later, he went back to Austin to work at a law firm, but he still holds onto “part of my Fort Worth heritage.” He has a small farm outside of Austin where he escapes on weekends to ride his two horses.

Pitman joined the U.S. attorney’s office in 1990 as assistant U.S. attorney, serving as deputy U.S. attorney before his appointment to U.S magistrate judge in 2003.

During his first stint as a federal prosecutor, Pitman said he valued the cases that brought justice to the victims. He enjoyed his work and thrived. But his sexuality, which he tried to keep separate from his work, eventually became something he needed to address.

“I never went out of the way to be closeted,” he said. “I think I simply regarded it as something that didn’t really have anything to do with my job, so early on I sort of kept the two separate, and then I realized it was more effort to do that than to simply be open about it.”

Coming out to colleagues was difficult for Pitman because law enforcement officials tend to have more conservative opinions, he said. However, they also experience many different people and situations on the job, and he’s had “very few negative reactions.”

Pitman credits his sexuality with making him more independent and stronger, as well as sensitive to people who may have faced discrimination.

“I think that being gay has given me, in the end, helpful perspectives in doing my job,” he said.

Pitman’s openness about being gay never held him back from advancing in his career.

While serving as deputy U.S. attorney, he was court-appointed as interim U.S. attorney in 2001. One of the main focuses of his job was to detect and protect against issues of national security, and Pitman said he learned a lot from the terrorist attacks of Sept. 11, 2001.

They taught him what to look for in potential future attacks and also spurred his involvement in forming the first anti-terrorism task forces in his district.

The Western District of Texas is one of the largest in the country and includes three of the five largest cities in the state, with 68 counties from El Paso to Austin.

The headquarters is San Antonio, but Pitman lives in Austin, frequenting the branch office there more often than the other eight.

Pitman is one of four openly gay U.S. attorneys, with lesbians serving in the position in Washington, North Carolina and California.

He is the first gay man to receive the appointment and the first LGBT person in Texas to hold the post, a fact that made his nomination controversial.

The support of Pitman from two Texas senators with anti-gay voting records was a surprise, but Pitman said “they clearly looked at my qualifications” to support him.

The controversy over the nomination spurred both senators to issue statements in support of their decision, commending Pitman as a person, prosecutor and judge aside from his sexuality.

Relying on his hard work and reputation to stand out for himself, Pitman said his strategy has always been to not “give people an opportunity to use [sexuality] against you.”

It’s a strategy that’s carried him forward in life and something he continues to pass on to other LGBT people, finding encouragement in his advancement and how progressive the nation and Texas have become.

“I think the encouraging thing is that we’re in a point in history where if you just work hard and show yourself to be reliable and effective, then what used to be limitations, really no longer are,” he said.

This article appeared in the Dallas Voice print edition March 30, 2012.