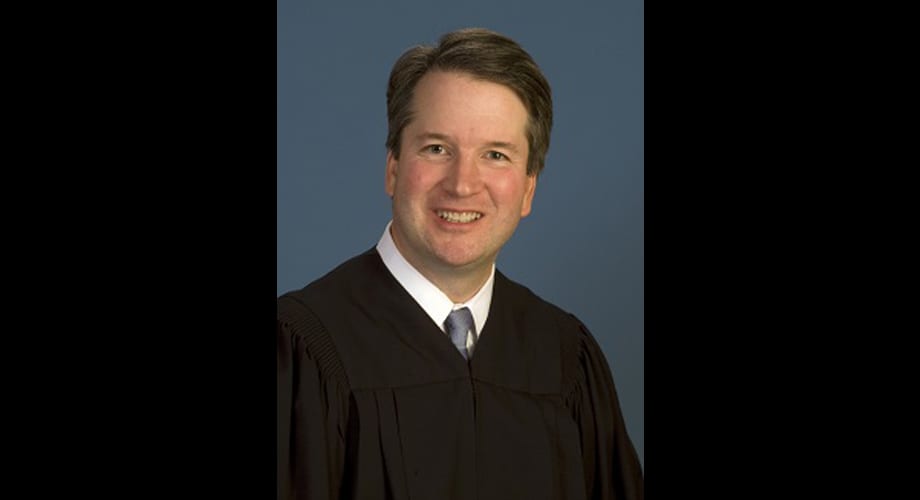 Lambda Legal and American Oversight, a nonprofit organization formed last year to use the Freedom of Information Act to provide hold the Trump administration “accountable by focusing on executive branch agencies and high-level government officials,” today (Tuesday, Sept. 4) filed a lawsuit seeking to compel the Office of Management and Budget to turn over all records related to Supreme Court justice nominee Brett Kavanaugh’s “involvement in Bush administration policies that discriminated against LGBTQ children, families and relationships.”

The lawsuit, coming the same day that the U.S. Senate began confirmation hearings for Kavanaugh, nominated for the court by Trump, challenges the OMB’s “failure to respond to a Freedom of Information Act request filed in August”.

Sharon McGowan, legal director and chief strategy officer with Lambda Legal, said that the question of whether Kavanaugh is “qualified for a lifetime appointment to the Supreme Court” is “urgent,” and said that not only would it be irresponsible for the Senate to move ahead with the confirmation hearing when so many questions remain, it would also “undermine the legitimacy of the Supreme Court for decades.”

McGowan continued, “The George W. Bush White House was one of the most homophobic administrations in recent history, and Brett Kavanaugh was at the center of the action. The few records we have been allowed to see from his time in the White House show he was their ‘point person’ on faith-based initiatives and that he was directly involved in negotiating a deal with the Salvation Army that would have allowed them to discriminate against LGBTQ workers while still receiving hundreds of thousands in taxpayer dollars.

“This is just the tip of the iceberg when it comes to Kavanaugh’s involvement in Bush-era scandals that were a threat to the LGBTQ community, including their push to ban same-sex marriage through a federal constitutional amendment, and their secret efforts to fund anti-LGBT propaganda,” she said. “The public deserves to know what else is hiding in his record.”

McGowan said Lambda Legal had filed eight separate FOIA requests for documents and communications related to Kavanaugh’s time as the White House Staff Secretary from 2003 to 2006.

Austin Evers, executive director of American Oversight, agreed: “For a nominee whose track record remains largely hidden, the Senate is moving through Brett Kavanaugh’s confirmation process with unprecedented haste. … Given that Kavanaugh’s confirmation to the Supreme Court could shape the lives of Americans for decades to come, the public has a right to know how he handled these issues in the Bush White House.”

See the full text of the lawsuit and other documents related to the case here.