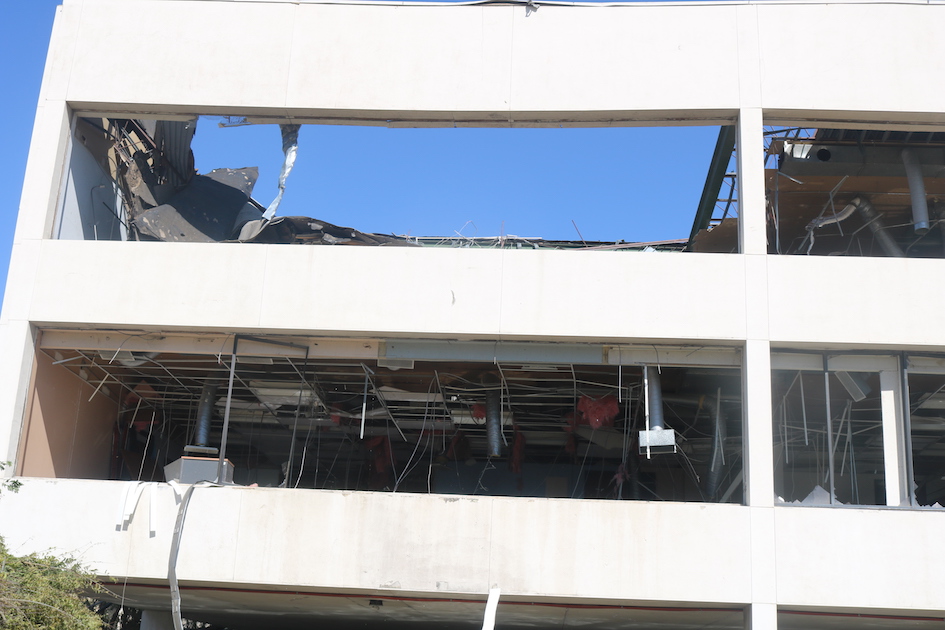 The roof was torn off the building housing KNON-FM. (David Taffet/Dallas Voice)

The studio and offices of 89.3 KNON-FM — home of Lambda Weekly, the longest-running LGBTQ radio program in the country —  were destroyed in the tornado that hit north Dallas on Sunday night, Oct. 20.

North Haven Gardens nursery, about two blocks west of KNON and across North Haven Road, was completely wiped out. But a rehabilitation hospital across the street and the Jewish Community Center behind it weren’t touched.

The tornado moved across North Dallas from west to east. Northaven Church was untouched except for some downed limbs, but Preston Royal Shopping Center, several blocks south of the church, was heavily damaged.

Further west, Planet Fitness on Walnut Hill and Marsh and other businesses in the same shopping center were destroyed. Just west of Webb Chapel Road and a block or two south of Walnut Hill, the gay-owned Marek+Richard studio and warehouse and “the home of Robbie and Neil” were destroyed, according to the Marek+Richard Facebook page.

KNON Station Manager Dave Chaos said his first priority is getting the station back on the air and hopes to be back within a few days. Shows will originate from the tower in Cedar Hill, including Lambda Weekly, which has been broadcast since the station went on the air in 1983.

The building at 11311 North Central Expressway suffered extensive structural damage including loss of its roof and water damage. Air conditioning ducts were ripped out of the ceilings, windows were smashed and the back door was blown out, but pictures and plaques on the walls of KNON remained hanging perfectly horizontal.

Chaos was talking to the landlord who said the building will have to be torn down. The cost of moving the station to a temporary location at the tower and then to a new studio will be at least $60,000, Chaos said. He said the station was about to go into its pledge drive and donations can still be made through the KNON website. Pledge premiums may be delayed.

Downed power lines make the area very dangerous. Trees are also blocking many streets in the area. Some blocks of Royal Lane are closed from Preston Road to Central Expressway making crosstown travel very difficult through Preston Hollow. Northaven Road is closed near Central Expressway. Traffic was extremely heavy in both directions on Central Expressway from Forest Lane to Meadow Road.

The city of Dallas’ Office of Emergency Management continues to staff and monitor the respite site at the Bachman Recreation Center for residents impacted by the tornadoes, and Dallas Fire-Rescue continues to assess the damage across the city. Three people have been hospitalized for non-life-threatening injuries stemming from the storm.

The city’s Sanitation Services is bringing in contractors to help clear storm debris and to maintain trash pickup schedules All Sanitation Transfer Stations are open on normal schedules for storm debris drop-off. Residents should call 3-1-1 to report damaged or downed trees.

For the latest info on street closures due to the storms, see THIS MAP.

Alamo Drafthouse Dallas/Fort Worth offers this invitation: “If you’re without power or were in the path of the storm, or just need to take your mind off things for a little, we will be offering free tickets to all PG-rated films at Lake Highlands, Las Colinas and Richardson today, October 21. If you just need to charge a device, all of our bars will be open and have power.” 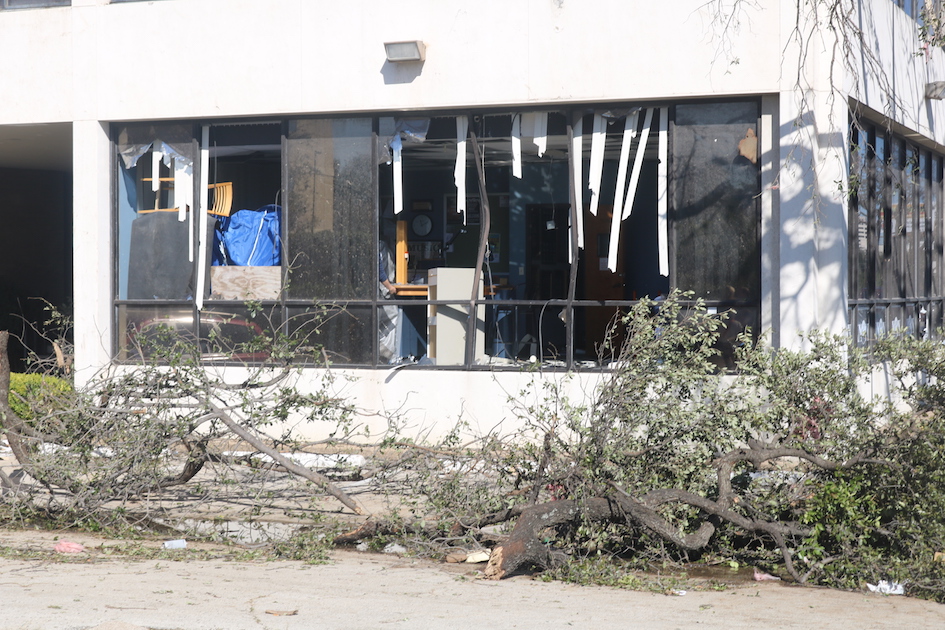 The KNON studio was ripped apart in the tornado. (David Taffet/Dallas Voice) 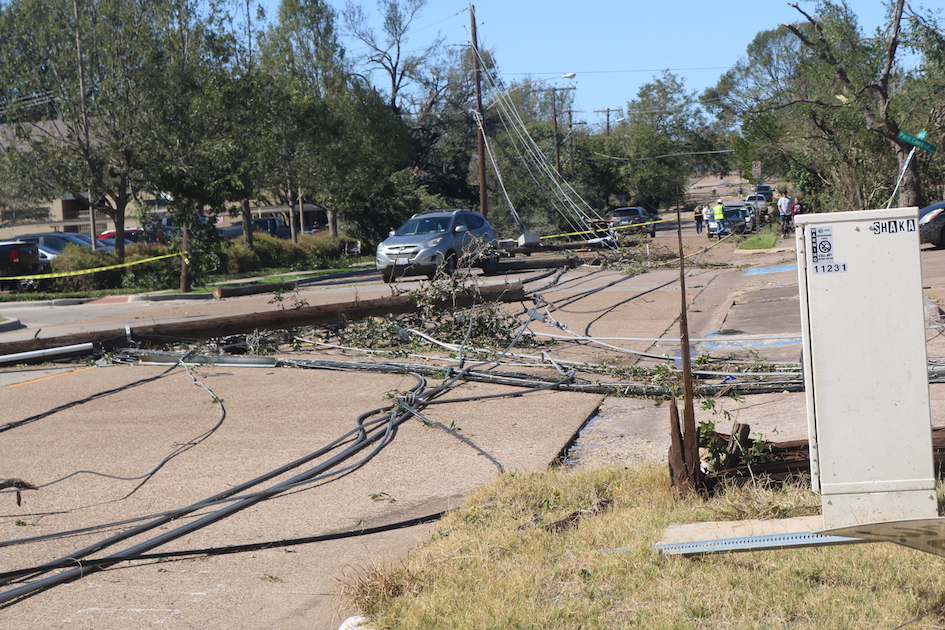 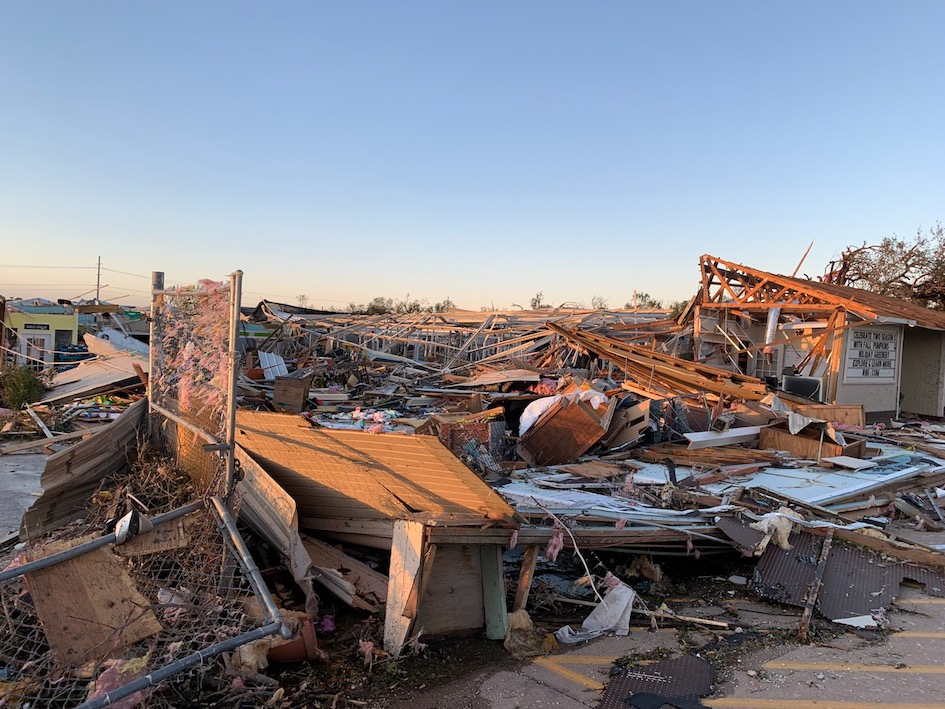 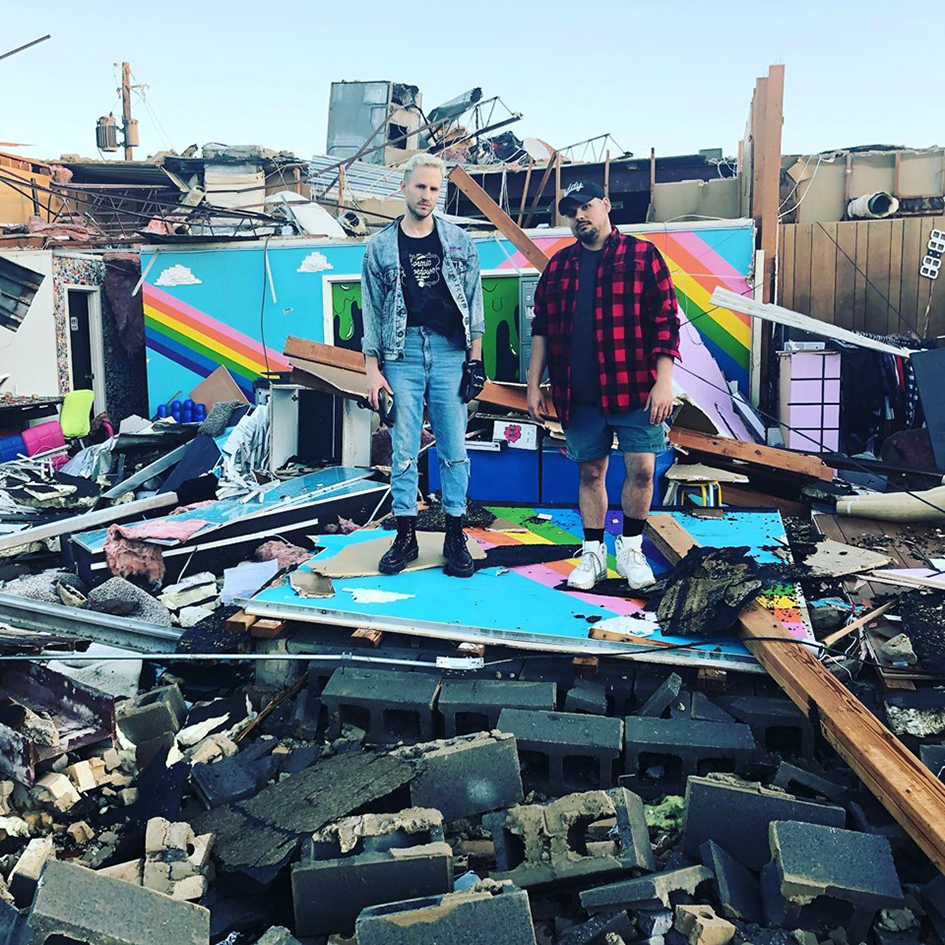 Planet Fitness on Walnut Hill at Marsh was destroyed. (DFW Scanner via Facebook)