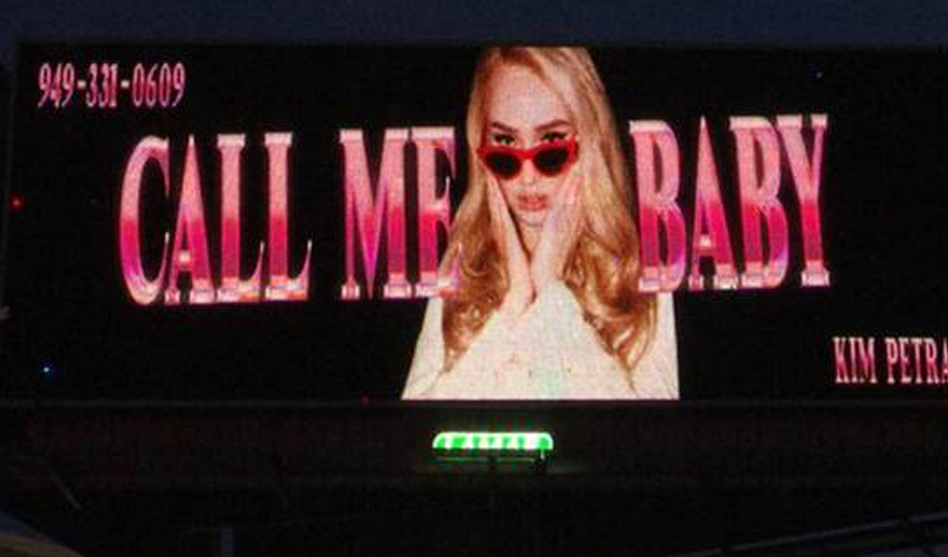 Kim Petras may be only 27 years old, but she’s already made a name for herself, first and foremost, as a singer and songwriter but also as “the world’s youngest transsexual” after undergoing gender confirmation surgery at the age of 16.

And now somebody is using her image and her success to totally troll the trolls at Westboro Baptist Church.

According to TMZ, someone has put Petras’ photo on four — count them, FOUR — digital billboards around Topeka, Kansas, where the Westboro witches have their headquarters. Apparently nobody knows who paid to have the billboards put up, but they are all near the Westboro so-called “church,” and they are said to be directly targeting the homophobic Westboroeans.

Petras, for her part, is all ABOUT the billboards, telling TMZ in an exclusive statement: “OMG I love this! Whoever did this should text me at the number on the billboards so that I can thank them!”

The number on the billboards — which feature Petras wearing red sunglasses, the words “Call me baby” and the phone number — is actually the number for her friend, singer Jesse St. John.

By the way, if you aren’t familiar with Petras and her music, check out the video, below, for her latest single, “Icy.”