Kahlo at the DMA 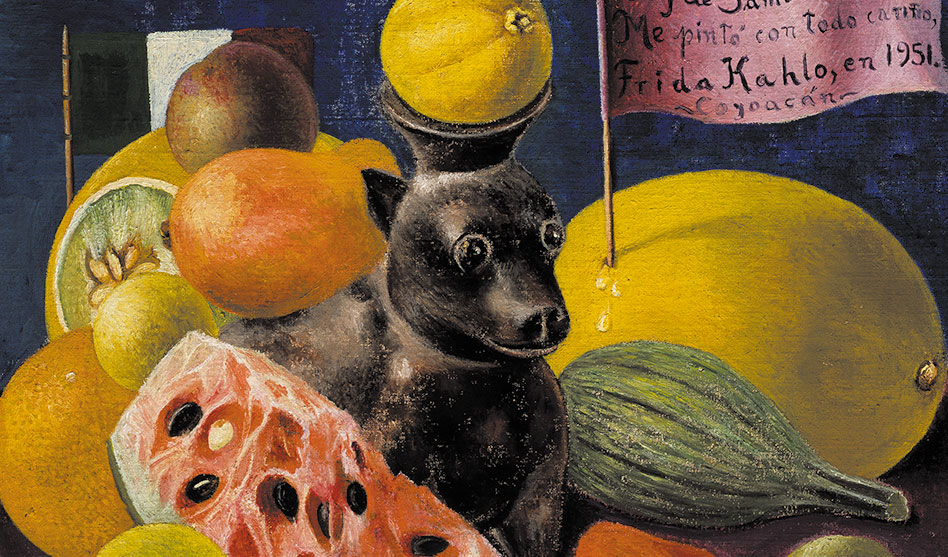 Delight in the details of the famed artist’s work

Five works by bisexual artist Friday Kahlo from a private collection are on display at the Dallas Museum of Art. 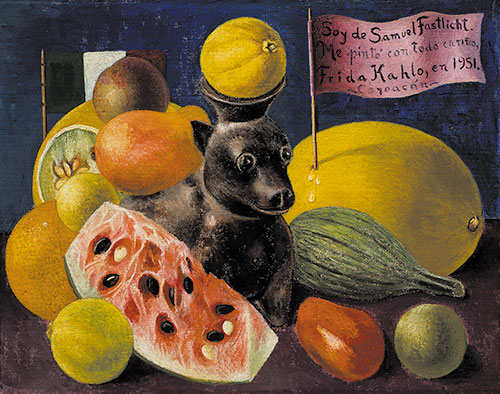 One is a still life featuring a watermelon sliced open, other fruit and vegetables and a ceramic dog with a Mexican flag inscribed with a message that translates from the Spanish as, “I belong to Samuel Fastlicht. I was painted with great affection by Frida Kahlo in 1951. Coyoacán.”

Fastlicht was Kahlo’s dentist and the canvas was painted in payment for dental work.

Another interesting piece is a collage created with shells Kahlo had collected framing a portrait of Kahlo and her husband, muralist Diego Rivera. Rather than the two side-by-side, the artist has taken half of her head and spliced it with half of Rivera’s.

A pencil drawing offers a view out Kahlo’s window, with the steam radiator below the window most prominent in the picture. It was drawn in New York in 1932, and high rises and the East River Arch Bridge seen in the distance through the window, though faint, show the complexity of her work.

Kahlo, born in 1907, contracted polio as a child and was injured in a bus accident at 18. She suffered health problems throughout her short life.

She joined the Mexican Communist Party at 20, and that’s where she met Rivera. Two of his great murals are at 30 Rockefeller Center in New York and inside the Hall of State at Dallas Fair Park.

Kahlo’s first art exhibition took place in New York in 1938. It was followed by an exhibit in Paris. But Kahlo died in 1954 at age 47, and interest in her work didn’t revive until the late 1970s.