Jazzman Dave Koz reflects on 15 years of being out

Dave Koz was once terrified to come out. But as he walked through New York City during June Pride last month, the Grammy-nominated saxophonist was amazed to see the number of supportive images dominating the cityscape.

Happily out since 2004, we chatted with Koz before he returns to Dallas next week with his jazz band for his Summer Horns Tour, which explores horn heavy arrangements of popular music composed by artists they grew up listening to.

Dallas Voice: Since you came out 15 years ago, what has life been like for you? Dave Koz: We’re just coming from the huge gay Pride event in New York, and I was blown away by just walking all over New York City, right? [Pride] used to be kind of off to the side for a select few — a niche kind of a thing for the LGBTQ community. It just seems like now it’s just become so mainstream, and that’s a really incredible shot in the arm. It’s been 15 years since I [came out] publicly. It was a very, very different time back then, but it’s moved forward so fast. Even though 15 years is a long time, it feels like it’s become lightning speed — the advances in all the visibility of this community, and its acceptance. I know that there’s a lot more work to do. But this last month, especially this World Pride being in New York, and seeing all the images, it’s a chance to just reflect on how far we have come to the years after Stonewall. 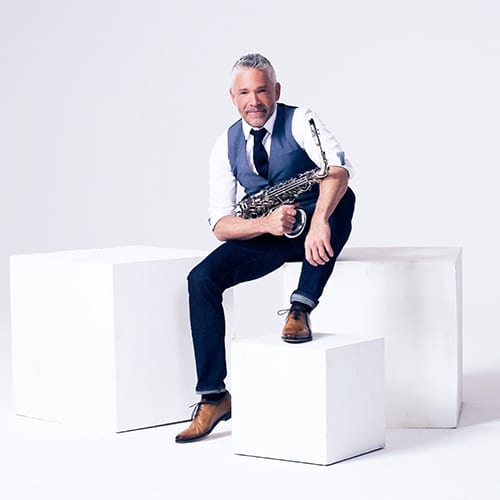 After witnessing what you saw in New York City, if you could, what would you tell your closeted self? Well, it would be the same thing I [said] to a friend who I’ve met who was not yet out. There’s a time and a season for everything. I suppose if I could go back in time and tell myself this is the way it’s going to be in 2019, I probably wouldn’t have believed it. But I do think that coming out is completely up to that individual. What works for one doesn’t necessarily work for another person. And so, if I’m counseling someone who’s younger, and not yet out, I never say, “You should come out.” I always say, “More than likely, when it is time for you to do so, you will be surprised by the reaction that you get.” You think that it’s going to be one way and it’s another way.

Like for me, I was petrified of coming out in 2004. I thought that, you know, this was going to be the end of my career, and I was fine with it. If that was it, I was OK with making that deal, because I just couldn’t deal with being two people anymore. I had to do it. But the great irony is that all my worst fears never materialized. Nothing changed except for me. And because I changed, I was vibrating as a full human being showing up with all aspects, you know, playing with a full deck of cards for the first time in my life. And because I was a kind of a happy all of a sudden, full-fledged individual with all my parts showing proudly, everything just improved. So, it’s really a state of mind. Coming out is a state of mind, being able to say, “This is who I am.” And whatever happens, happens. But in and of myself, this is what I need to do to live my life.

What kind of vibes are you and the band bringing to Dallas? Dave Koz: This year is a special year. It’s called the Summer Horns Tour, which is a celebration of the Summer Horns albums that we’ve made over the last five years or so. And these are albums that really lift up the bands that we grew up listening to like Earth, Wind and Fire, Chicago, Blood, Sweat and Tears, James Brown and Tower of Power. Even though the other Summer Horns members and me have been solo artists for many years, when you start playing music as part of an ensemble, that always stays with you. We started our careers playing in concert bands, jazz bands or stage bands, and when you’re a part of a section, there’s a real power involved. So that’s the fun of it for all of us playing in a section again. It’s really intoxicating — the best legal drug there is on the planet.