What would Judy do? 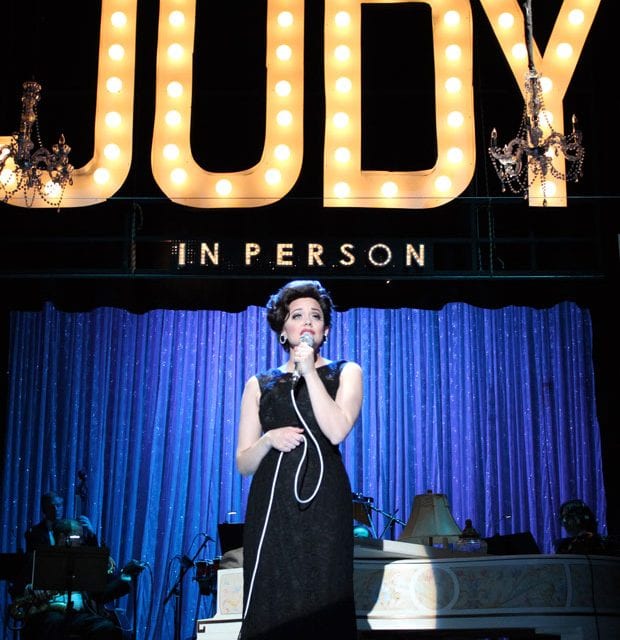 Janelle Lutz, one of North Texas’ best musical actresses, revisits the giant among all gay icons 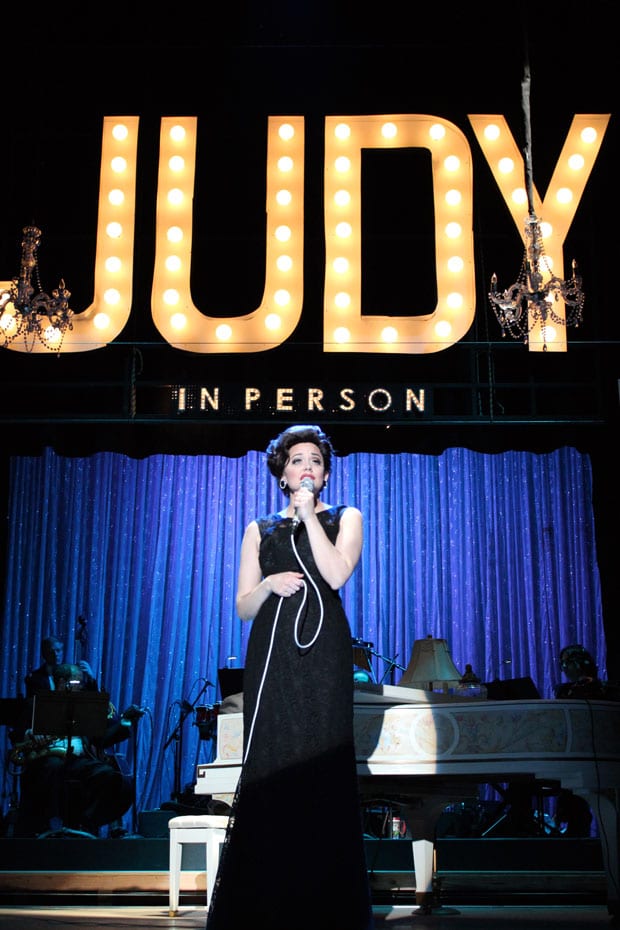 MERIT OF GARLAND | ‘The End of the Rainbow’ is a ‘play with music,’ interspersing live concerts late in Judy Garland’s life with scenes of her and the (gay) men in her life. (Photo courtesy Uptown Player)

ARNOLD WAYNE JONES  | Executive Editor
[email protected]
Janelle Lutz has no problem admitting that she’s one of those actresses who gets very, very nervous before any show opens … but especially this time.
Even though she has played Judy Garland in the past (about two years ago, in the musical The Boy from Oz), when it sank in that she would once more portray Garland in The End of the Rainbow — a play-with-music opening Friday at the Kalita — she confesses that she did something of a double-take.
“You wonder why I’m terrified and have been for months — ‘I’m doing who-what-where?’” she laughs just hours before her first dress rehearsal. Yes: She would play Judy Garland — that avatar of gay culture, for whom the term “friend of Dorothy” became code for “gay” (owing to her performance as Dorothy Gale in The Wizard of Oz), and who surrounded herself with gay men her entire life, including a few husbands and sons-in-law — for Uptown Players, known for its gay-themed shows with loyal gay audiences. The potential judginess was almost intimidating.
Still, while Lutz admits that she was aware of Garland’s status as an icon of gay culture, she was not full schooled in the lore (legend?) of her role in the Stonewall Riots and the advent of the modern gay rights movement. Then again, why should she be? Garland herself never knew the full scope of her impact, since it was police harassment on the night of her funeral that triggered the uprising at the New York City gay bar in June 1969. And The End of the Rainbow is set over the course of a few weeks less than a year before she died, of a drug overdose, at just age 47. Which meant that Lutz doesn’t need to know about it. Not that it stops her from soaking up as much information as possible about the actress, singer and mother (to Liza Minnelli among others) who remains one of the most iconic artists of the 20th century. 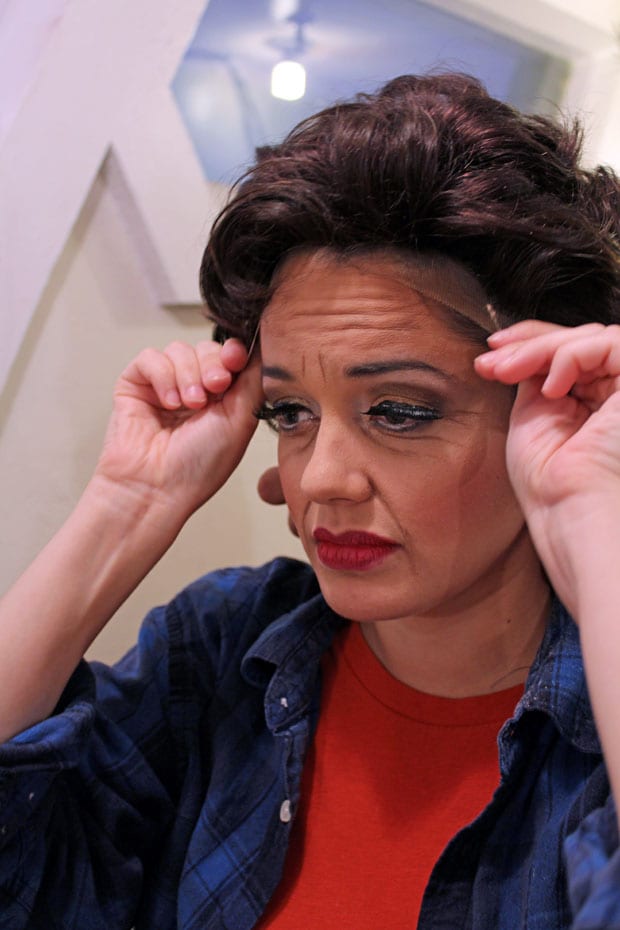 It takes a lot of stage magic to turn Lutz into the much older Garland. (Photo by Craig Lynch)

And therein lay another trap for Lutz: How much of her role should be interpretation, and how much recreation?
“My thing is to try to be the most like her, as a tribute,” Lutz says. “It isn’t that I was gonna try to be her. That was my goal, even back to The Boy from Oz. The fear is to go too far. I’m not an impersonator, I’m an actress. There are going to be times I don’t look like her — she was 4-foot-11 and I’m just shy of 5-8 — and times I don’t sound like her, though I try. If you put two recordings next to each other [of her and me], they won’t be the same. But [the idea is] to use how she gestures or uses her body so that it [doesn’t] become a caricature. She was a real human being — she wasn’t [just an accumulation of tics].”
That’s also where all her research came in handy.
“I was very much a fan [of Garland] growing up on old movies,” Lutz says. “I don’t remember what first movie I saw her in, but I don’t remember thinking of her as Dorothy, but maybe Meet Me In St. Louis, and then putting it together.”
The play is made up of set-piece scenes, broken up with concerts Garland delivers before a live audience. And for the concerts, Lutz had not only vinyl recordings and old movies, but also access to YouTube.
“All but one of the songs I perform is in a concert setting, so I could go and watch her perform those specific songs as a reference — Oh, that’s her singing ‘The Trolley Song.’”
Because Lutz plays Garland near the end of her life — at an age fairly far from Lutz’s — she also has to convey the weary, doped-up, hardened Judy, not the perky teen when she became famous. Then again, there was always a ribbon of sadness threading its way through Judy’s songs. She couldn’t help it.
“I think it first hit me in college, when I started looking into music and would watch her, [that I realized] how sad her music sounded,” Lutz explains.
“She could sing ‘Come On Get Happy’ or ‘Have Yourself a Merry Little Christmas,’ that are so sad and heartfelt but also just beautiful … because she sings from the soul. She means it, every time she sings. She always has this one moment, even in happy song, where there’s this click and it would turn into this sad, desperate love song that would reflect her life. And it blows my mind even more that she could sing that way when she was [so addicted].”

That, of course, has been part of the appeal of Garland to generations of gay men: Her survivor instinct, her sticktoitiveness, her endurance in the face of obstacles. And it’s also something that made, ultimately, Lutz a huge fan.
“When I watched those old Judy movies, I never dreamed this would ever happen,” she gushes. The thrill is enough to send her over the rainbow.
This article appeared in the Dallas Voice print edition April 1, 2016.