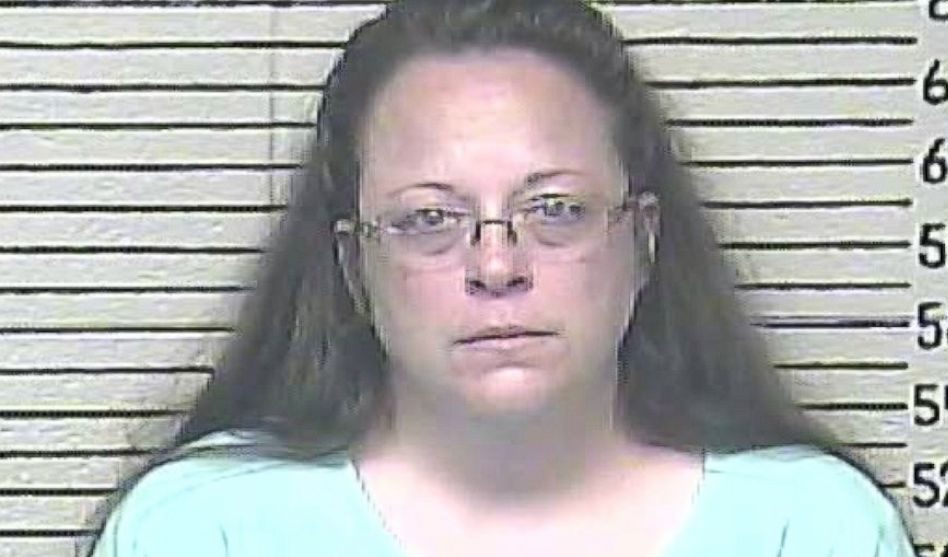 Kim Davis spent five days in jail in 2015 for contempt of court after refusing to issue marriage licenses to same-sex couples.

U.S. District Judge David Bunning on Friday, March 18, cleared the way for a civil suit against former Kentucky county clerk Kim Davis to continue with his ruling that David knowingly violated the rights of same-sex couples by denying them marriage licenses in 2015 in the wake of the U.S. Supreme Court’s ruling in Obergefell v. Hodges that legalized same-sex marriage across the country.

Right-wing legal group The Liberty Counsel, which is representing Davis, issued a statement on Friday declaring they will continue to fight to avoid the trial because Davis “is entitled to protection to an accommodation based on her sincere religious beliefs.”

Judge Bunning issued a temporary restraining order barring Davis from enforcing her “no marriage licenses” decision and the U.S. Supreme Court refused to hear her appeal. When she still refused to issue licenses, claiming she was acting “under God’s authority,” Bunning sent Davis to jail, saying she would have to stay there until she agreed to follow the law.

Davis eventually returned to work, a week later, saying that while she would not stop the deputy clerks from issuing marriage licenses, she still refused to issue any herself. She also ordered the deputy clerks to issue the licenses on altered forms that did not include her name.

In 2018, Davis — who had been elected in 2014 and began her term in 2015 as a Democrat — announced she would run for re-election as a Republican. While she had no challengers in the Republican Primary, she lost the general election to the Democratic nominee, Elwood Caudill Jr., the main she had only narrowly beat in the 2014 Democratic Primary. Caudill defeated Davis in the 2019 general election by a nine-point margin.