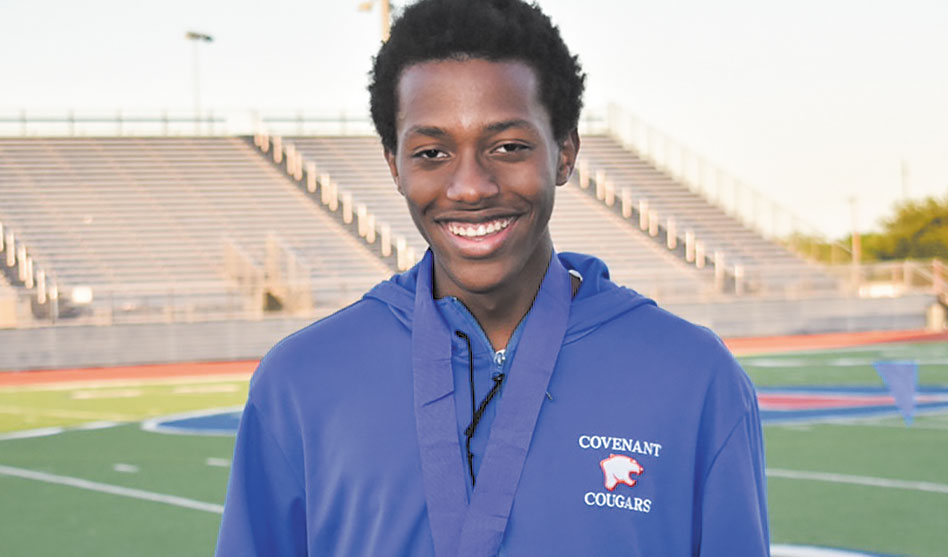 Devin Bryant, above, with an award he won for track and, below left, with his mother and sister. (Pictures courtesy of Devin Bryant)

Days before he was to begin his senior year, Covenant Christian Academy threw out a student who came out last October

Just days before Devin Bryant was to begin his senior year at Covenant Christian Academy in Colleyville, his mother, Consolata, received a phone call from the new headmaster: Her son would not be welcome back for his final year at the academy because he is gay. 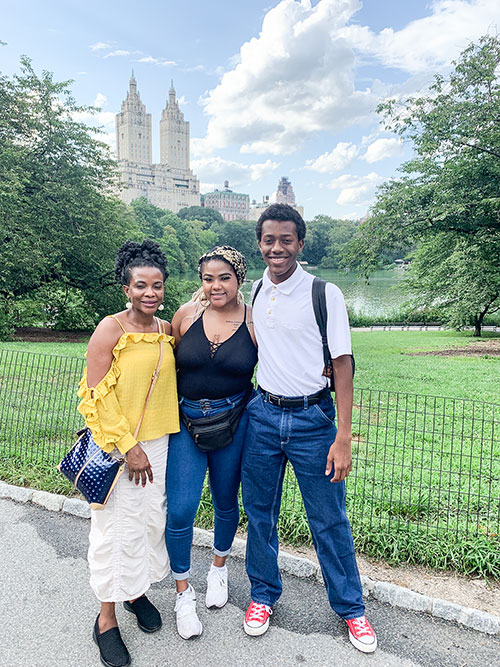 When told her son couldn’t return to the school, Consolata said she had a question for the new headmaster. “Are you a Christian?” she asked him. “Jesus would not do what you are doing.”

His response? He told her, “I’m doing what Jesus would want me to do.”

Consolata described her son as a disciplined student who is very kind. She said teachers have written her letters saying, “Thank you for bringing up such a nice guy.”

And Devin’s coming out changed nothing for the family. “I have a loving family,” the mother said. “We accepted him the way he is.”

She acknowledged she signed the student code of conduct, which includes a line in small print that forbids homosexuality, drugs and fornication among other things. But, she said, her son came out on his birthday last October, and no one at the school said anything then.

So, Consolata said, she can’t help but wonder if maybe the school’s new headmaster was trying to make an example of Devin, an object lesson intended to dissuade any other gay students from being honest about their identity.

A school administrator told Dallas Voice, “We don’t have a statement,” adding that they don’t comment on students.

Devin said he came out on his birthday last October with a post on Instagram, and he got a good reaction. “People said they are there for me,” he said. “They were proud of me for making the decision to come out.”

His coming out was met with a lot of love and support from family and friends but no reaction from the school. “I think they were ignoring it,” he said. “People in the administration knew.”

Devin even spoke to some teachers at the school about his coming out, and, he said, no matter what they believed personally, they supported him.

Before COVID, Devin was about to meet with administrators, but the shut down hit last spring, sending everyone home and delaying any meeting. Still, Devin finished the semester with his usual straight-A grades. And over the summer, he even posted the design he had come up with to paint his parking spot in the campus parking lot — a senior tradition.

Devin’s design comprised a list of words or phrases: “Super Hot, Fun, Attractive, Fast-driving, Insane, Very Smart, Outgoing, Party Freak, Young, Gay (as in happy don’t worry lol), Pretty, Reckless, Humble, Pyromaniac, Fun, Gay (as in homosexual this time, sorry) Person Parking Only.” Devin said he thought his design was funny, that it “derived humor from how brash it was.”

Consolata said she went to the school to pay for Devin’s parking spot, but school administrators told her Devin’s design would not be accepted and that they didn’t want the word “gay” mentioned again.

That was on Thursday. Two days later, Consolata walked into Devin’s room and told him he had been expelled from school. Neither mother nor son could believe it. 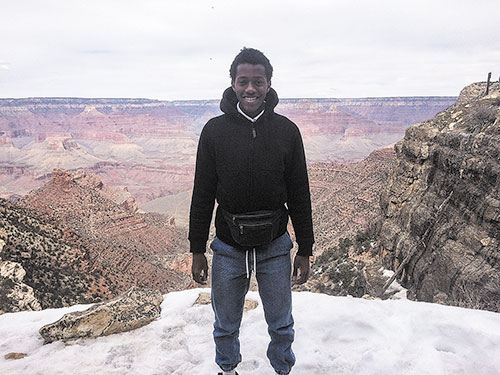 Consolata was shocked because Devin and his sister, Benta, had spent their entire school careers at Covenant Christian Academy. Benta talked about how her brother ran cross country and other track events with the school team and how in junior high he had played basketball for the school. He’d appeared in the school play, and his art won awards for the school.

In other words, he was active and involved — a good student all the way around.

Devin said he wants to make sure everyone knows that, by going public with his story, he’s not attacking the school for expelling him; he just wants to hold them accountable. He was, he believes, kicked out to be made an example of.

“If another queer kid comes out [at Covenant Christian Academy], I’m scared for them,” he said, knowing not everyone’s family would be as supportive as his has been. And the school, he added, definitely wants gay students not to be as vocal about it as he has been.

Devin said this week that his first days at his new school — a public high school — have been odd. He’s taking five advanced placement classes this semester and has to make up a few classes his old school doesn’t offer — all on line.

“I’ve grown up in this environment,” he said of Covenant Christian Academy, acknowledging he will miss the school. “I have relationships with teachers [there that] I’ll always cherish. They’re genuinely good people who love and accept me.”
Devin also acknowledged that this isn’t the first time this has happened to queer kids at the school.

But he hopes that telling his story will start a dialogue at Covenant and hopefully help protect the next one who comes out. His sister Benta also spoke of LGBTQ students that were kicked out or asked to leave Covenant when she attended the school.

“They want kids to hide the fact they’re gay,” she said, adding that since this happened, other alumni of the school have emailed her to confirm that they were expelled after coming out or that they came out after they graduated because they were afraid of what would happen to them if they did so while attending Covenant Christian.

Benta said she is shocked at how well her brother is taking his expulsion, saying that Devin is “strong minded.” Still, she said, she isn’t attacking the school either.

“They impacted our lives in a positive way,” Benta said. “But the school has a history of not handling situations like this well. We’re not going to hide like the others did.”

She was more exasperated that the school was stopping her brother — who had never lied, cheated, stolen or done anything dishonest — from receiving an education. “I was the one who was always trying to get him to do stuff,” she said. “He’d follow the rules. He’s a leader.”

Devin, for his part, said he hopes that by speaking out about what happened to him, he can help start a dialog that will open minds and open doors and hopefully keep the same thing from happening to the next queer student.

“They don’t talk about it in a way that gives LGBTQ kids any hope in their relationship with Christ,” Devin said of the school. “I want to call people to a higher standard than I’ve seen.”

Meanwhile, Devin started his senior year at a public high school and hopes to get a jump on college with high scores on his AP exams. He plans to apply to Rutgers or UCLA for next year, but, he added, “Plans subject to change.”

And as for Covenant Christian Academy, “I don’t have any hate or hold a grudge. I know I’ll end up fine.”