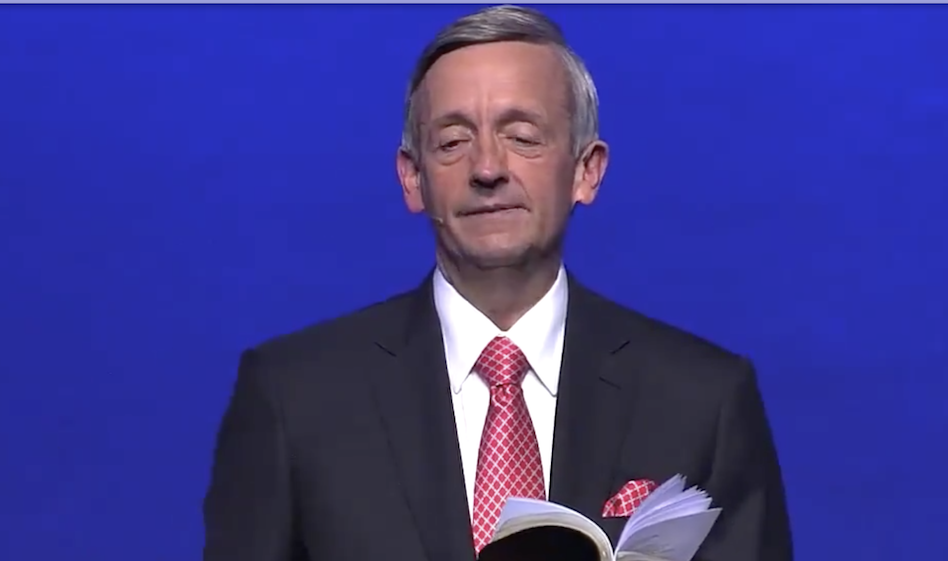 In a piece he wrote for Fox News, Jeffress said, “If President Biden succeeds, we all succeed. May God bless Joe Biden, and may God bless the United States of America.”

Jeffress said before Trump was elected, the pastor told the nominee that he believed that human governments and rulers change by God’s design. Trump asked him if he thought even Obama was chosen by God, and Jeffress told him yes.

He explains to his followers that the Apostle Paul told us to pray “for all people, for kings and all who are in high positions” (1 Timothy 2:1-2).

And he explains his support for Trump that seems bizarre given the president’s history of sexual assault of women, lying, cheating and a variety of other unreligious actions. “President Trump’s strong policies on life and religious liberty would have seemed, from our vantage point, to be a better path for our country’s future,” Jeffress wrote.

But Jeffress the opportunist understands how the winds are blowing and, for now, appears to be supporting Biden. Biden, who has called for unity, would welcome the kind words.