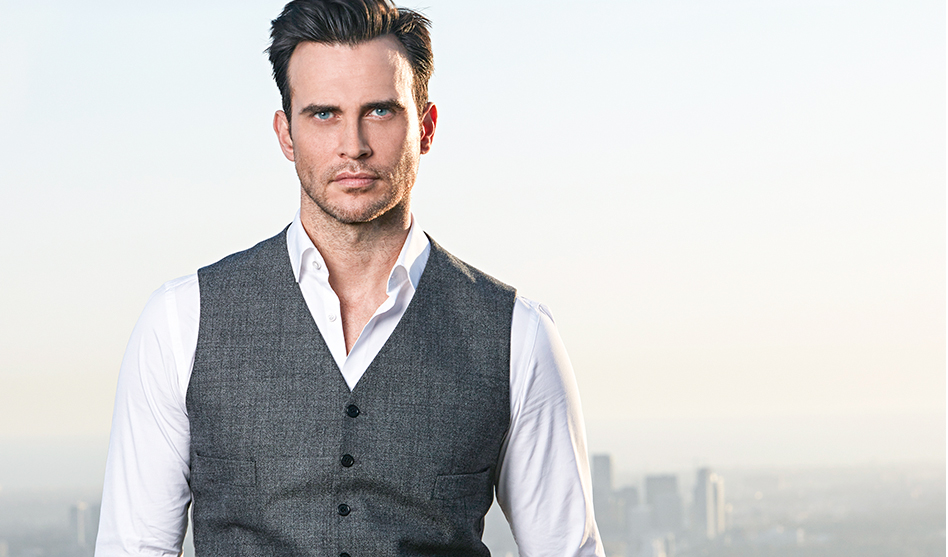 Singer-actor-dad Cheyenne Jackson is the complete package, which he unwraps for a series of holiday concerts at the DSO

Cheyenne Jackson was given his unique first name because his dad was a fan of the old TV Western series Cheyenne, starring a hunky actor named Clint Walker. Considering how Jackson himself turned out — tall, muscular, square-jawed, a leading-man-type in every way — he admits that he’s lucky his father wasn’t a fan of Bonanza — he could have been named Hoss.

But the openly gay actor-singer has never hidden his orientation for career advancement, instead frequently taking on roles (often not by design) that speak to a queer sensibility. He’s never allowed his life to be guided by anything other than the pursuit of his dreams.

And he’s living a kind of dream now. At 44, he’s devastatingly good looking in addition to having talent in a variety of disciplines, but he relished the role of dad of twins most of all. And while he’s enjoyed visiting Dallas in the past, the concert of holiday music he will perform with pal Megan Hilty will be his first time with the Dallas Symphony Orchestra.

We chatted with Jackson prior to the upcoming concert — about his favorite carols, trying not to imitate Judy Garland and why family matters to him most at this point in his life.

Dallas Voice: You’re coming to Dallas for a series of concerts with the DSO featuring both you and Megan Hilty. Will you be performing the show together or in separate acts? Cheyenne Jackson: We are performing together. We have been friends for a dozen years — between us, we have four kids under 4 — and we’ve done one-offs here and there, but this will be our first full symphony performance together. We have been flirting with the idea for about a year [so it’s great that it has come together]. It’s a little more fun when you’re sharing the stage with someone you know and like.

How did you two meet?  We are both from Washington State [though we didn’t meet there].  She first saw me in a local theater production of West Side Story in 1998 or 1999… I first saw her around the time she was [playing Galinda in] Wicked, because she was with a friend of mine, Eden Espinoza [who played Elphaba].

This is a show of Christmas music; how do you go about picking from the catalogue of carols, novelty songs and pop classics to come up with a set? It all so depends — you’re limited chart-wise — you have libraries and catalogues that the symphonies can do. But Megan did a holiday album about two years ago, and she had a lot in her repertoire already, so I learned some of those. And then there are songs that we’ve always wanted to do, plus a few that aren’t technically “holiday” songs but will fit [in with the program], It’s just a mix of things.

One of my favorite songs of all time, holiday or not, is “Have Yourself a Merry Little Christmas.” Definitely. And [the great thing about that song is], it can be jazzy, it can be completely melancholy and sad, of course you just think of Judy Garland singing it in Meet Me in St. Louis, with that cry in her voice … it’s good.

Do you have your own favorite holiday songs? I’m such an old-school guy! I love all the old old old old stuff… like Nat King Cole, Bing Crosby even as modern as the Carpenters. I love the vibe of the old stuff.

Do you ever suffer from the anxiety of influence when you do songs popularized by Nat King Cole and Bing Crosby and Judy about how you stack up?  For sure. That’s why I don’t ever try to do the same feel of [a popular version of a song]. If I am going to do something iconic, I try to find my way through it. If you’re gonna sing it at a lower tempo you’ll better live up to the Judy version, so don’t bother.

Speaking of being old-school, you’ve released an album of music inspired by the Mad Men era, as well as Great American Songbook selections on a release with Michael Feinstein…. Yes, [Michael and I] created  a show together which we put on at his club in New York. It was so fun — we have such similar tastes — we decided to record it. He’s been such a mentor to me, and he’s such a mensch and he’s really funny, with a left-of-center sense of humor. He’s also a savant when it comes to this music — which versions there are, and who did it first and in what key…. 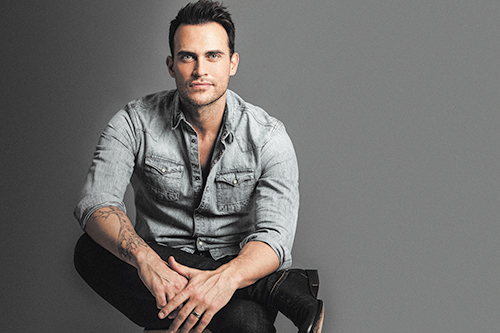 You’re one of those actors who seems a little like a cliche when they say “triple threat” — some people would identify you as a theater actor, some for TV or film, some for concerts and recordings, some as a dramatic actor or comedian, some for musicals… if you had to pick a lane, what would it be?  That’s the story of my life. People have asked me some version of that question a lot, and the thing is, I’m all of it! You can’t help what someone knows you from. It drives my mom nuts that so many people know me only from television and don’t know that I can sing. But it’s nice to have this other side of you, this secret you can burst out from time to time. It has helped diversify my career and keep me employed in a lot of media. I love it all — it’s possible to be in all those worlds and not pick a lane. That’s the world we live in.

I read where the instigating factor that led you to move to NYC and pursue a career as a performer was the attacks on 9/11; how poignant was that, then, when you were in United 93, and playing Mark Bingham no less? For sure — It was the impetus of following my dreams and realizing my career. [United 93] was definitely serendipitous and really wild: My first feature, the subject matter, playing who I played. It was absolutely surreal. I was so glad it happened how it did. It had such a personal connection to all of us.

Even when you’re playing straight yourself, as you did on 30 Rock or in a revival of Damn Yankees, you’ve done lots of gay stuff, from American Horror Story to Altar Boyz and even workshopping the original work on The Book of Mormon. Have you made it a priority in your career to pursue gay-interest projects? You’re giving me more credit than I deserve. It’s not thought out at all. Once you start thinking about that, it feels inorganic and manipulative. You wanna do a reading with Bradley Whitford and Judith Light just to be in the room with them. So I listen to my gut and go with things I believe I can bring some of myself to… and the things that are scary and challenging. I am in the fortunate position to be able to turn down a lot of things because I have done it or some version of it before, or it just seems boring. There’s nothing I can do to make it live. Anything I do now has to be worth it, time-wise — any time away from my kids has to be worth it. I’m shooting a Netflix series in Vancouver and it’s really, really tough. I make it a priority not to be away from my kids for more than 10 days in a row, and I have done that since they were born.

You mentioned you and Megan having children; you have 3-year-old twins. Did you always know you’d have kids? I always saw myself as a dad. I was the only boy babysitter around, I taught Sunday school in our church and ran the child care department in a health club — everyone thought I was one of the trainers. [My husband Joshua and I] do everything together — we don’t have a nanny. We are in it … some would say too much. We went out the other night with friends and it was probably the first night in a year we had a night out away from the kids that wasn’t a work thing. I don’t wanna miss a thing with them. But it was good to get a night off.

Well, thanks for taking three of those nights to come to Dallas.

GIVEAWAY! To enter a chance to win a free pair of tickets to the concert, visit Dallas Voice’s Facebook page this week!