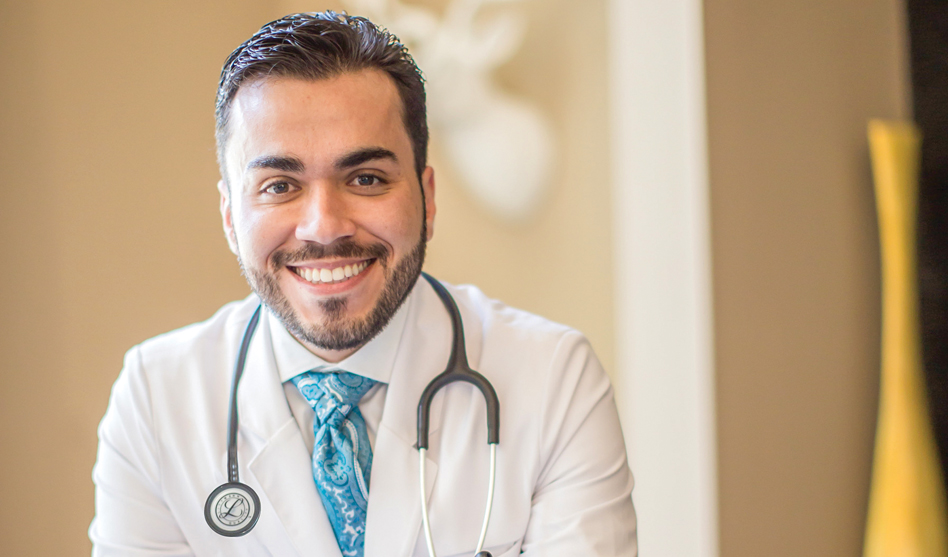 Like most of their human counterparts, pets usually don’t like needles when it’s time for their annual shots. They yelp and fuss (like some of their human counterparts) and — if you look on Instagram — sometimes give animated tantrums that would make a first-runner-up drag queen jealous. So then how would Fifi or Fluffy handle a whole bunch of needles … in an acupuncture session?

Veterinarian Josh Sanabria is expecting to find out.

“That’s one of the things we are looking forward to — things like laser therapy and acupuncture for animals,” he says. “We provide all the basic services for pets, but I also want to avoid pills and medicines where I can.”

Earlier this summer, Sanabria opened his Isla Veterinary Boutique Hospital in Addison. By the way he talks about it, the hospital sounds more akin to a wellness center where he provides the usual services expected but also some alternative therapy.

“Our main goal is that we want to stand out,” he says. “We don’t practice cookie-cutter medicine, and I’m a big fan of ‘less is more.’ But I’m still a doctor, and we’ll prescribe medication if needed.”

With his approach, Sanabria hopes he can provide an education to his pet owners while also offering impeccable service to dog and cats.

At the same time, he is eager to connect with the LGBTQ community in North Texas. The out doctor has joined the GLBT Chamber of Commerce and invites the community to consider his hospital when it comes to the needs of their four-legged family members.

Beyond that, he’s also working with local animal shelters and services in the Farmers Branch area to have a direct involvement when it comes to animal wellness.

While his story getting to this point has been an adventurous one, it’s also come with a bit of heartbreak.

“I’m from Puerto Rico, and we grew up rather poor, but that’s where I started my foundation of my love for animals and their welfare,” he says. “We had lots of animals growing up. I knew early on this is what I wanted.”

His relationship with animals led him to veterinary studies. His doctoral studies took him to Missouri, and then he had stints in Las Vegas and most recently in San Diego.

Sanabria’s family, in the meantime, had moved to Arlington. He wanted to be closer, so he moved to Texas. He also came out of the closet.

“I couldn’t lie. I wanted to be myself, but they wouldn’t have it. They did not want to talk about it at all,” he says. Nevertheless, he relocated to North Dallas and pushed forward with his own life.

In Sanabria’s voice, he’s not burdened by family estrangement. He’s found his own life, his proud life and recently, his partner of five months, Chris. He also feels that his queerness has given him his special relationship with animals.

“The connection made sense to me. As I started realizing I’m gay and accepting who I was, I took pride in that, but it also helped me identify with animals even more and how we’re vulnerable in some ways but also loving,” he says. “All that has really made me want to make a difference with animals and my community.”

Isla Veterinary Boutique Hospital is located at 14380 Marsh Lane in Addison. For more information or to make an appointment visit islavet.com.