In for a penny, in for a Poundstone 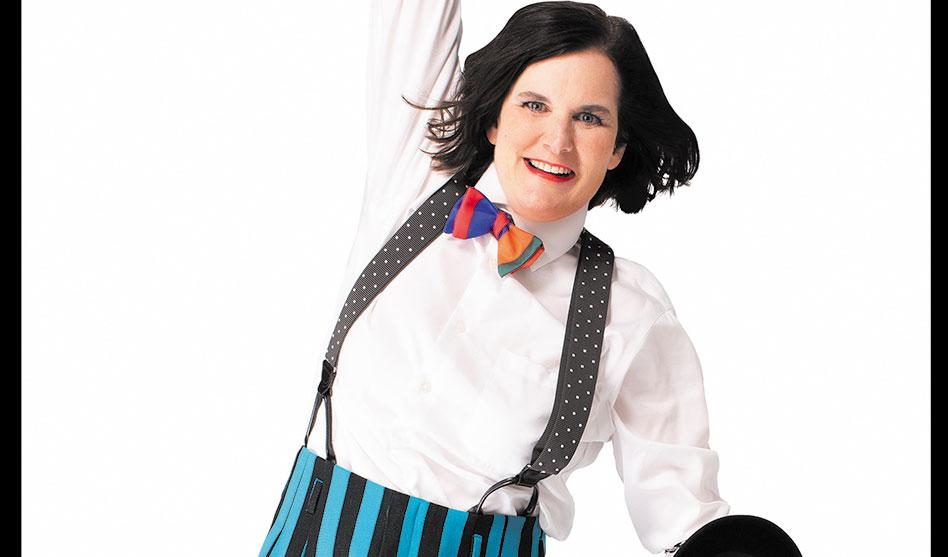 The observational comedian says she can’t avoid politics in her act, but finds laughter therapeutic for her audiences and herself

Paula Poundstone exudes energy. No, like, she really seems to manifest an aura.

“Whenever I go to a city, it usually gets sunny,” she says from her home in Santa Monica. “But I can also put out streetlamps — I walk under one as it goes out. I also can’t keep a watch running.”

Poundstone seems to take the phrase “animal magnetism” literally. Maybe that’s part of what has attracted audiences to her for 40 years now.

Forty years! The number staggers. It has made her worry, in fact, if we could eventually run out of jokes … or run out of notes to make new music? So far, that hasn’t been a problem: Like Willy Wonka’s waterfall, the chocolate churns itself. In fact, even after four decades, she’s never done the same show twice.

“My favorite part of my show is the time honored, ‘What do you do for a living?’ bit,” Poundstone explains — her way of pausing the one-liners in favor of personal interactions with members of her audience. “That has not changed over many, many years. I think the difference between me and [other comics] is that I leave my line out there longer. I like it to be a real conversation, and hopefully I get enough pieces to play with it.” And she does it with almost no stock conversational tropes; she’s genuinely interested in what people have to say.

Her quest for knowledge — and the desire to share what she learns with others — has driven most of her routines over the years. (Part of Poundstone’s appeal has always been her disarming apparent ignorance; during our conversation, she can’t recall her children’s ages, brushing it off with, “I’ll ask them next time I see them… and I’ll get their names.”)

“All the shows I have designed over the years [including her current podcast, Nobody Listens to Paula Poundstone], at their hearts, have this real sharing of information. The best reason for doing that is, you’re never gonna run out of material, because I can make jokes about any topic.”

And while Poundstone’s stream-of-consciousness style of humor has traditionally been gentle but obliquely withering around topics like politics, it’s not something she shies away from anymore.

“I do talk about politics onstage — not as an historian or political analyst, but as a voter battered by the wind and surf. [My comedy] has always been largely autobiographical. It used to be about raising my kids, or taking the bus.

Which is why I talk about politics now — my kids are grown and it’s a large part of my day. Sometimes people get mad at me, because the tone has shifted [in the country]. It shocked the hell out of me at first. I used to make this speech about [why I’m discussing political stuff] — how I don’t bill myself as an expert, just a citizen trying to figure it out. But now I just say fuck it. It’s frustrating because I hate to be lied to — by my kids and by companies and by politicians.”

She holds the current Commander-in-Cheeto in particular low esteem, in part because of where he has taken us as a society.

“The whole Susan Collins thing [where the Republican senator suggests she might vote with the Democrats but never does] is just embarrassing. During the impeachment, she said, ‘I think he’s learned a lesson.’ One thing we know for sure [about Donald Trump] is that he doesn’t learn lessons,” she says.

“We’re in big trouble as a country. It’s shocking. I feel like it’s a Lost in Space episode where we are under attack, but we always manage to get out of it! It’s this fantasy we’ve created for ourselves [that we can weather any storm].

But maybe we’re fooling ourselves, and when that fantasy dies, the streets are gonna fill.”

Her concerns are based largely on her interactions with her fans.

“I think there’s a desperation in the country,” Poundstone says.” People often come up after a show and thank me for being there… which is a weird dynamic, since they paid to come see me. But I think people feel any feeling activity, like laughing, helps. They come to comedy show like they used to go to hot springs. Sadness and apprehensiveness and anxiousness can be lessened with a night of laughter. It is helpful. It doesn’t solve the problems — it helps with the symptoms, not the disease. I certainly feel like I don’t know what to do. Comedy feels like an escape.”

Dallas Voice will be giving away two tickets to see Paula Poundstone in Dallas in a drawing next Thursday. See our social media pages for details.