Imprint announces an inclusive season of trans actors and more 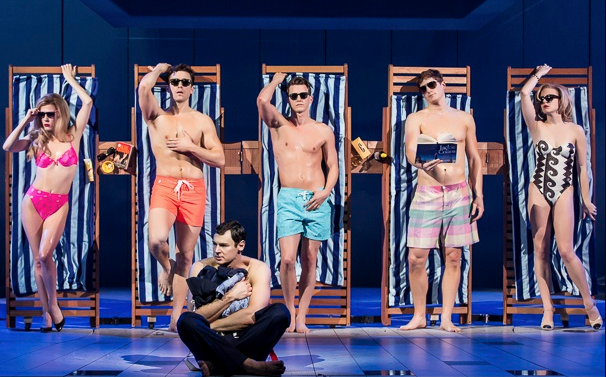 Imprint Theatreworks has announced it third-season lineup, which includes three regional premieres, a world premiere and the return of a festival of local plays.

The 2020 season begins with Puffs (The Play) by Matt Cox, an inventive play about seven years in the life of a particular school of wizardry and magic. Jan. 9–25.

Southern Comfort, a regional premiere musical based on the Sundance documentary about a transgender man in Georgia, which will be cast with trans actors (June 5–20).

Rapture, Blister, Burn: Two friends from grad school take different paths, only to reunite years later in a cat-and-mouse game of who has the better life, and who will take the ultimate prize (Aug. 7–22).

American Psycho, pictured from its Broadway production, is a musical from Spring Awakening composer Duncan Sheik and out playwright Roberto Aguirre-Sacasa, based on the Bret Easton Ellis novel (Oct. 28–Nov. 14).

Performances will be at the Bath House Cultural Center. Tickets and more information available here.