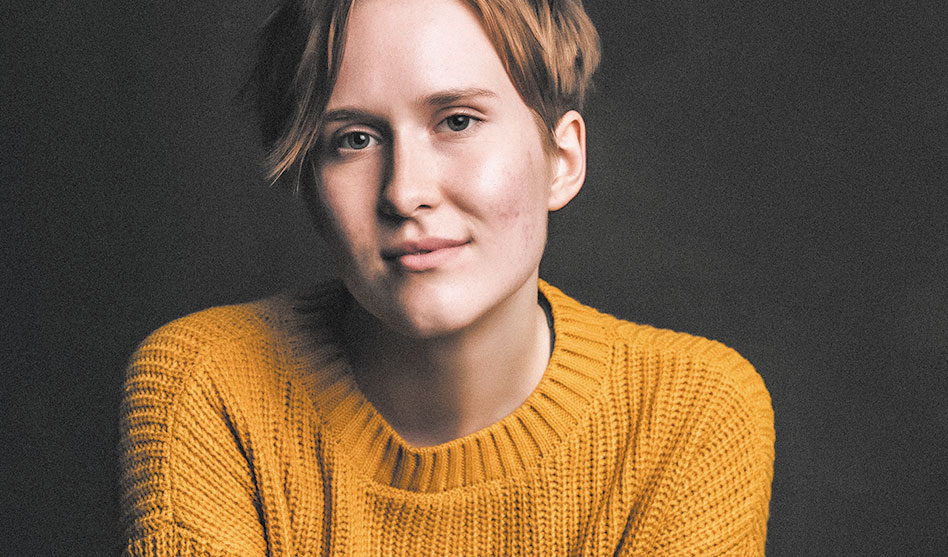 Ruby Walker was 16 when she began writing Advice I Ignored, stories about how she went from being numb, silent and miserable to becoming a joyous, loudmouth lesbian (her description of herself, not mine) in just a year.

At 19, Walker is a freshman at Trinity College in San Antonio as well as a published author and is delightful to talk to — more joyous than loudmouth.

(Two years ago, after my husband died, I was given lots of advice about grief that I had to ignore at the time. So the title of her book instantly attracted me. The advice she had to ignore was about depression.)

“I got good advice,” she acknowledged. But she greeted that advice with a certain amount of arrogance mixed with a dose of depression that made her unable to accept the good advice at the time.

People kept telling her, “Ruby, you need to be less hard on yourself.” And that was good advice. But at the time, she just wasn’t ready to follow it.

Walker said her depression was a combination of things. For one, she hated the school she was attending. In addition, she had suffered some sexual abuse when she was younger. And there was a chemical element to her depression that runs in her family.

But she was able to make herself more healthy. 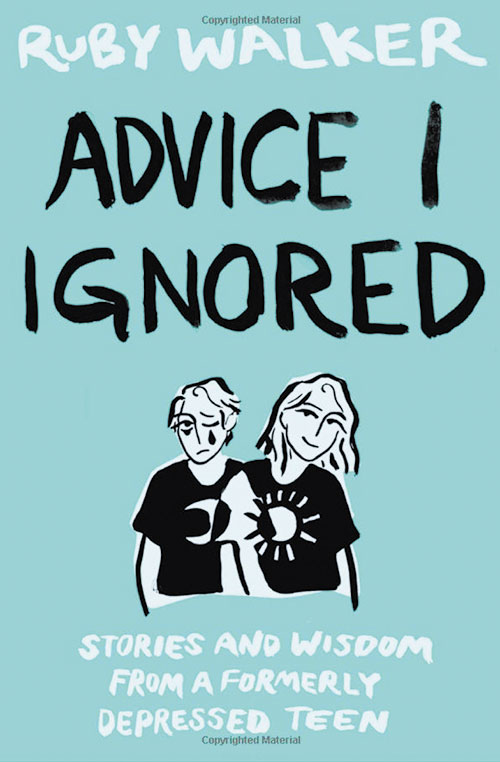 “I had to start getting exercise three times a week to stimulate my endorphins,” Walker explained. So she started walking 30 minutes a day. Then she began running; it took a year before she was able to run a mile.

But it helped, she said, because she was doing “something measurable to see progress.”

Walker ran alone, because she didn’t want to compete with anyone else, and she achieved a nine-minute mile. While she’ll never be fast, that wasn’t her goal anyway.

So what is her advice about exercise? Do some. Do something more than you’re doing now. Do something measurable, so you can see improvement, but don’t be hard on yourself if you don’t see dramatic improvement quickly. For Walker, that time she’s running alone is time to just think.

And yes, Walker said she understands this is advice you might ignore. But like her, when you’re ready to take that advice, you will.

Walker said that being lesbian wasn’t a factor in her depression — at least not directly.

“My mom is the best person I know,” she said, adding that her mother told her, “If you turn out to be gay, I’ll love you.”

She said her mother’s guidance and support are important to her and are one reason she wrote the book. As many in the LGBT community know, she said, if your family isn’t your support, your friends can become your family.

Today, Walker said she takes advice differently: “Sometimes it’s not the right time for advice,” she explained, but rather than just dismiss the advice, “keep it in your pocket.”

As Walker came out, she got to release some of her fears that contributed to her depression. When she was younger, she worried about men thought she was pretty. But, “Being lesbian, I got to let go of what men thought of me.”

Still, that gave way to other fears — fears more tied to being a woman than to being a lesbian. For instance, Walker said, she fears she’ll be out somewhere, a guy will hit on her and, when she rejects him, he’ll attack her.

While bullying is certainly a problem, Walker said bullying from the inside can be the most dangerous to your health. “I used half my brain to criticize what I was doing,” she said, describing how she would look in the mirror and think she had the ugliest face.

So she decided to peel off layers of bullying and figure out how to redirect her thoughts to be kinder. She made a consistent effort to find things that made it better. Those little bits of progress, she said, made her happier and healthier.

“When I recovered from depression, I returned to how I was as a kid,” Walker said. Of course, she explained, she knew she was becoming an adult, but shedding her depression let her enjoy the world the way she did as a child. She enjoyed her friends in a way she did when she was younger. She learned not to blame herself or worry about things she couldn’t change.

She cited the situation with her best friend as an example. Her best friend’s mom was worried Walker would turn her daughter into a lesbian, too, and she didn’t like when Walker called. Of course, Walker said, that wasn’t going to happen, because her daughter was already a lesbian.

“Being lesbian can be healthy,” Walker said. “Let yourself be lesbian unapologetically. Enjoy your life and the good things about it.”

She had some more advice that you may ignore until you’re ready to accept it: “Care for yourself,” she said. There’s nothing about me I have to fix. I learned how to love myself from my friends. You are just as deserving of love, respect and care.”

Advice I Ignored by Ruby Walker is available from Amazon.