If Leo Berman becomes House speaker, it might really be 'God's punishment' on Texas 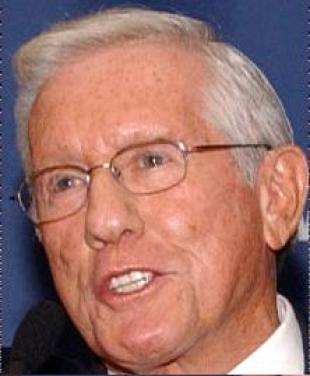 Right-wing State Rep. Leo Berman of Tyler has filed to challenge House Speaker Joe Straus for the job in 2011.
I couldn’t resist the headline, which may be a stretch. But if Berman were to defeat Straus, a Republican who’s been under fire from conservatives in his own party, it would probably be a bad thing for the LGBT community. Straus is a moderate Republican who attends a gay-affirming church and has a mixed voting record on LGBT issues.
Berman was a co-author of Texas’ constitutional amendment banning same-sex marriage.
Berman told WFAA he plans to introduce a bill next year similar to the anti-immigration measure that passed recently in Arizona. He also plans to file a measure that would require presidential candidates to provide proof they were born in the U.S. to be listed on the Texas ballot, according to the Austin American-Statesman.
At a Glenn Beck-headlined rally in April, Berman told the crowd that President Barack Obama is “God’s punishment on us.” In other words, this guy could be even worse than Tom Craddick.