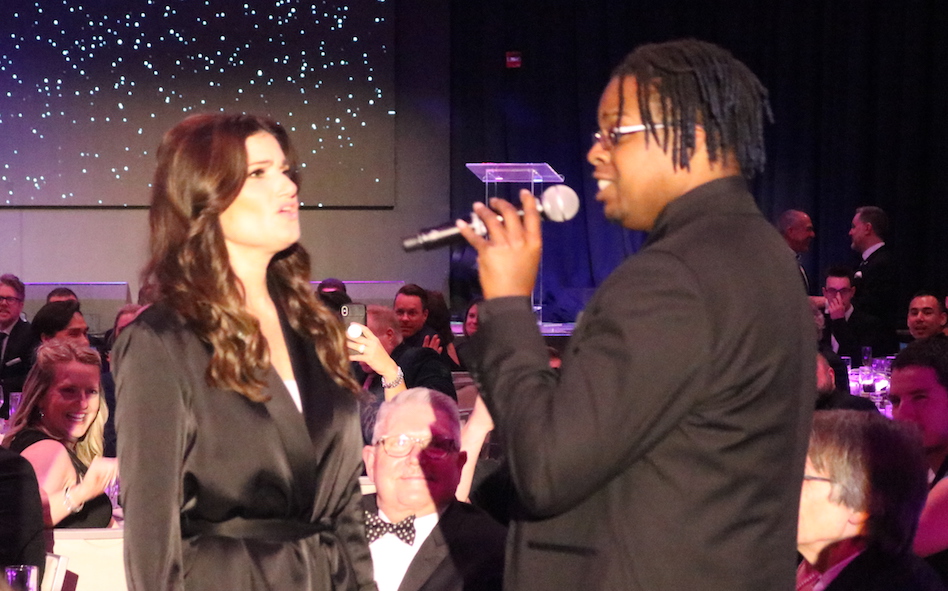 Idina Menzel, the original Elphaba in Wicked, soared as she opened her performance with “Defying Gravity,” and just kept getting better as the night went on at Rhapsody, the Turtle Creek Chorale’s 40th anniversary gala at The Statler on Saturday, Feb. 22.

While singing “Let It Go,” Menzel said that was the point at which all the children in blue Frozen dresses usually begin dancing. But 7-year-olds in blue dresses, gay men in tuxedos … all the same and lots of fun. Everyone joined her for the second line of the chorus: “Can’t hold it back anymore.” During one refrain, she said, “Now all the straight men.” Silence … followed by another in a long line of standing ovations she received throughout her performance.

Menzel was clearly having fun. “Seasons of Love,” from her breakthrough role in Rent, was supposed to be the finale, but she couldn’t wait to get to it and invited the chorale up to sing with her early. It sounded like 525,600 voices filling the Statler ballroom.

The chorale’s Christopher Wagley had a solo in “Seasons of Love” as well as a duet with her. I’ve always enjoyed his solos at chorale concerts, but singing with Menzel, he held it together, sang as well as he ever does and proved how professional he is.

Menzel went into the audience to sing “Take Me or Leave Me,” also from Rent, with some very talented audience members. With several of them, she just looked on in amazement as they sang.

The evening was a huge success for the chorale. During the silent auction, five bidders offered $10,000 for a trip to Tuscany. The chorale actually had multiple trips available to offer, so in minutes it raised $50,000. Pledges haven’t all been added but early estimates show the organization raised more than $525,600 for the evening.