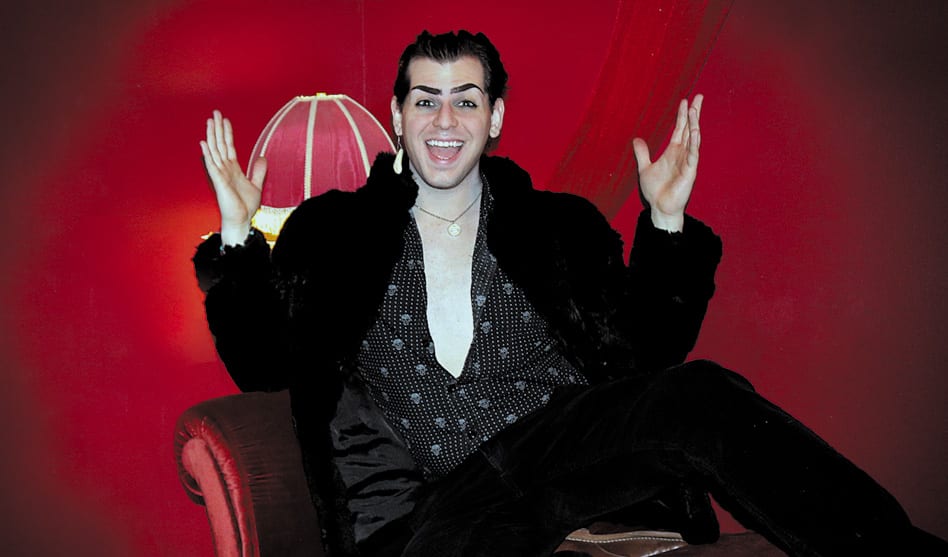 May May Graves at his new business, The Leg Room. (David Taffet/Dallas Voice)

“I no longer work at the Dallas School of Burlesque,” May May Graves declares in a recent YouTube video. “But there’s one thing I’ve taken from my six years of working here — that’s this place. I own it now. It’s mine. I fucking own it now.”

The Dallas School of Burlesque has been on Main Street in Deep Ellum for six years. After Graves — also known as Mason Bradshaw — became Head Queen, he changed the name to The Leg Room. He still plans to offer burlesque classes, but he will be adding a lot more options to the menu.

Graves promises he didn’t stage a coup. The Dirty Blonde, the founder and previous owner better known as Dirty, decided to step back from daily operation of the school, because she is starting a family. So Graves may-made his move.

Graves’s story started out in Longview, where he was part of a punk band for eight years, although, he admits, “We weren’t really good.”

He took some business classes at Kilgore College: “I thought I’d open a salon,” he said. “Turns out, I hate doing hair.”

Graves got a job as a retail manager with Hot Topic, which carries a line of makeup called War Paint Beauty. He credits that line with teaching him how to sell. “If I felt comfortable with a product, I’d be enthusiastic about it,” he explained.

At the same time, Graves said, he was doing drag almost full time, and — oh, yeah — he was also a Church of Christ preacher. 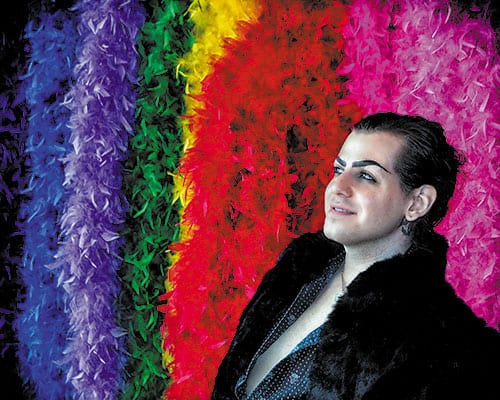 When he got to Dallas, Dirty put the preacher, salesman and punk rocker together with the business student, and she saw potential.

Graves thought Dallas would just be a stop on his way to L.A., but when Dirty met him, she hired him on the spot, first as a receptionist and later as a teacher.

Since buying the burlesque school, Graves has continued offering the same classes as before, such as “chair dance,” “floor work” and “aerial or pole skills.” But he has also added some new options. He has, for example, started a beginning drag class and wants to expand in that area. He also wants to add more boylesque instruction and even offer yoga in his spacious studio.

Graves said it is interesting to him how burlesque and drag compare, contrast and intersect.

“Drag challenges gender and gender norms,” he said. “It can be political, and it can be terrifying. [For example], Cassie [Nova] forces your mind to open.”

On the other hand, he continued, “Burlesque challenges sex and sensuality. It’s the art of the tease.”

Graves said students for his drag classes tend to be older individuals that have wanted to try drag for years but didn’t know where to start.

On the burlesque side, “Lots of women who come in [for classes] were never allowed to feel sexy or sexual,” he said. So he starts by telling them to take off their clothes, put on some music and look in the mirror.

Graves said American burlesque dates from the 1930s and grew out of cabaret shows. The original striptease routines developed into a variety of more sensual acts. By the 1970s, burlesque had been replaced by tawdry strip clubs with little of the glamor left.

But, Graves said, “Burlesque has come back.”

By the 2000s, performers like Dita Von Teese, who was for a while married to rocker Marilyn Manson, helped revive the art, proving that burlesque could be big and modern.

Burlesque scenes had developed in New York, London and New Orleans when Dirty decided to bring the art to Dallas, Graves said.

With Graves in charge of the school, it’s still evolving. Residential development around Deep Ellum means foot traffic along the street has grown. To take advantage of that, he is adding a “drag pop-up shop” to the front of the studio — sort of a drag consignment store, he explained, to bring people in and add a service no one else is offering.

He’s also booking the school for birthday and bachelorette parties, which he can tailor in any number of ways. To those who’ve never done burlesque, he might include a chair class — using a prop to add to sensual dance — or a floor class for two-hours of bump and grind instruction.

The Leg Room isn’t a performance venue, although Graves said he is thinking of adding a stage. Instead, he teams up with The Nines, a lounge across the street from his studio, to stage a weekly show called Qweird, with a mix of performers that include students as well as regulars from The Rose Room.

It’s a win-win for everyone: Newcomers get to perform in front of an audience, and the pros get to try out new and more outrageous routines.

Graves still performs, too. But he said he finds himself reeling it in just a bit. For example, whether it’s at The Nines or The Rose Room, he no longer does his fire performances, which involved swallowing a flaming sword or breathing fire. Insurance laws and fire marshal prevent it, he explained.

How did he learn these dangerous skills? “The stupid way,” he said. “On YouTube.”

But with The Leg Room around, newcomers don’t need videos to expand their burlesque and drag horizons.