I am my own mystery 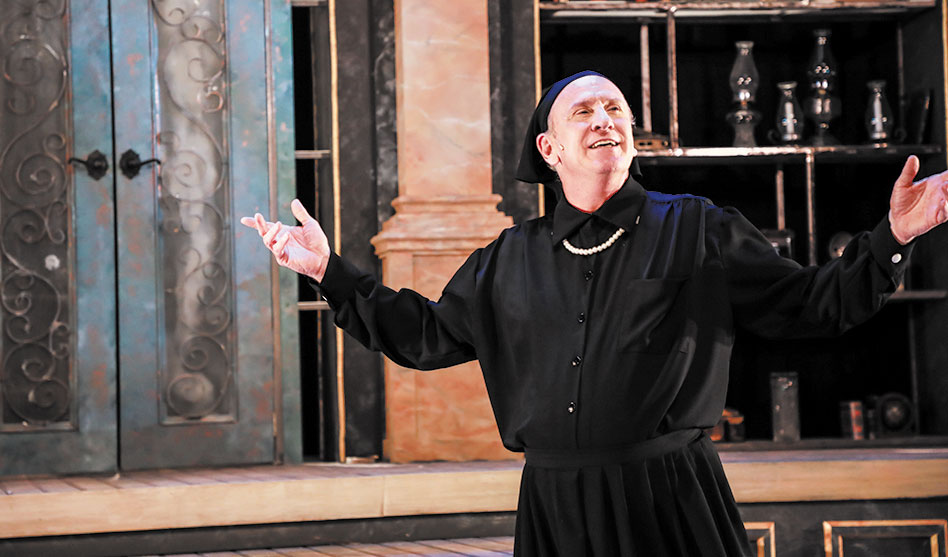 Bob Hess, above, returns to North Texas stages — albeit without a live audience — in the acclaimed play ‘I Am My Own Wife’ by Dallas native Doug Wright, below. (Production photo courtesy Jason Anderson)

At a time when live theater is basically a thing of the past, Bob Hess seems to be one of the few local stage actors who has stayed busy and visible. He was appearing in Stage West’s production of The Children just as the pandemic hit, but the theater was able to film it before the lockdown and release a video of the production online. He was set to follow that up with a solo show at WaterTower Theatre originally in May; that was bumped to July, before being canceled altogether… only not. Like The Children, Hess was able to film I Am My Own Wife onstage, making him perhaps the only actor in North Texas to present two shows in the time of COVID and be able to stream them both.

“Yeah, they were back-to-back,” Hess nods. “The Children was the last Actors Equity show [presented] in DFW. If it had happened later, though, I wouldn’t have done it — the unique reason I’m able to do [I Am My Own Wife] is that I am the only actor.”

Fortunate, it is then, that Hess is experienced in stage and screen work, separate skill sets he brings to bear in this new production. 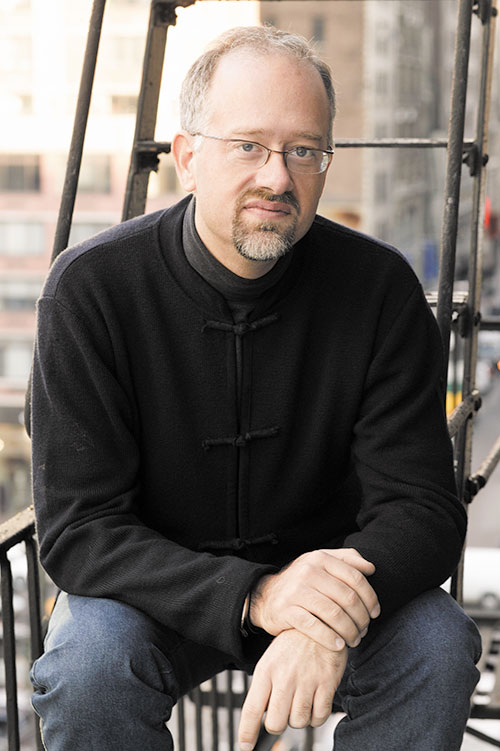 “[Director Ashley Puckett Gonzales] said she didn’t want this to look like a film version; she wanted us to [sense] the theatricality. That made a profound difference” in his approach, Hess says. “I tended to do it as rehearsed as a theater show, but when the cameras came in closer for tighter shots, I did count on the lessons I have learned as an on-camera actor. I think stillness is very powerful on camera. You throw your intensity into the frame.”
“I feel an unusual responsibility to this production because it’s in my hometown,” says Doug Wright, the Dallas native who wrote the play and became a personal friend of the central character during the process. “I’m glad how responsible WaterTower is being about producing it [for filming].”

It was just as important that the show be respectful toward the cast and crew, an experience in the post-pandemic world that Hess found eye-opening. “Even in shooting the play, people were very far away from me — precautions that really made you aware of how many people are involved in a theater project or a film. If the hem came loose on the costume, they would provide me with a needle and thread and I’d have to fix it myself!”
Doing it without an audience, however, did have repercussions on the work as a piece of theater.

“Whenever you do a play, you hit a point where someone says, ‘You need an audience,’” Hess explains. “The Children had a run in front of an audience, but I never had the benefit of that with I Am My Own Wife. The metronome alters [based on the audience reaction]. Things I would have had to do in the live performance I don’t have to do, like holding for a laugh or reading the change in the audience. That was disappointing. And it surprised me how much humor there is, especially late in the script. The character of Charlotte charms the audience just as she charmed Doug [in real life].” (He did get a sense for it during tech rehearsals, when the film crew reacted to the performance — a whisper perhaps of what a packed house might give, but useful nonetheless.)

Hess is just happy he was able to do I Am My Own Wife in the first place. “I’m excited to see how it translates to the medium because I think it’s a beautiful piece of theater. I’ve been working on it since last October, and my appreciation for it has increased 10-fold. Many times in rehearsal, and even while learning the lines, I became overwhelmed by how profound it was in light of our current culture.”

That’s partly because I Am My Own Wife — one of the most acclaimed American plays of the 21st century, winner of the Tony and the Pulitzer — deals variously with trans lives, victimization, world history and even cancel culture. It centers on Charlotte von Mahlsdorf, an antiquarian whose Berlin museum preserved many household items of 19th century Germany, and who survived the Nazi regime, known for its persecution of the LGBTQ community, despite being a trans woman. Just how she was able to survive it is one of the play’s abiding mysteries: Was she a Stasi collaborator? And if so, how does — how should — that impact our understanding of her? That’s one of the things that makes her, as a real person and a dramatic avatar, “simultaneously heroic and deeply problematic,” according to Wright.

“Here she was: Running a secret gay clearinghouse in her basement where young gay men on the brink of suicide could go for shelter and a kind ear. And she was preserving rare music machines of the past, while living as a biological male [presenting] as female. If I was in that position when the Stasi came knocking on the door, I don’t know what I would do,” Wright says.

From Hess’ perspective, the “truth” of her conduct isn’t a question that, as an actor, he chooses to confront. “I never pondered what do I think actually happened with Charlotte. As an actor I could have said, ‘What does this mean?’ but I didn’t go there. Doug had an interview with Charlotte where he asked her what do you do when the things in your musuem become old or worn, and she said, ‘You have to show everything.’ So he gives the audience the same amount of information he has, and leaves them with the same [ambiguities]. I think it’s actually important that the actor remain particularly nebulous about [what she did or did not do], because that is the play — someone [in the audience] shouldn’t be able to tell [solely from my performance] whether I was for sure that she was a Stasi collaborator. You don’t know what’s reliable. If I impose a position, then I’m lying. The uncertainty [is the point].”

In the context of 2020, though, does it change our opinion of Charlotte if we suspect her of foul deeds? Wright pauses.

“For a culture that’s been systematically denied its own history, she is both a necessary and instructive figure because she shows us we have powerful antecedents in the culture and illustrates the incredible sacrifices people have made to preserve their own sexual and gender identity,” he says.

Part of Hess’ job is to convey the conundrum of those circumstances through his performance — something that, again with the hindsight of the present day, is more resonant than ever.

“The play is full of so many things about the perspective of a trans [person] that touch my heart. From my conversations with my trans friends, I know that there’s no cookie-cutter version of the trans experience — everyone’s is unique. But gay and trans people all have this moment of ‘I am not alone being this way,’ and we see that in the play,” Hess says, choking back emotion. “It’s terribly, terribly moving.”
Which does raise a separate issue relevant today: The issue of casting. Hess is gay, though not trans himself. That could spark concern about inclusion. But Wright — who as author has final say over casting decisions — allays some of those qualms.

“It’s only in the last few years, with the welcome activism of the trans community, that people have scrutinized the casting of the play,” he says. “I’ve consented to casting gay males, straight males, trans actors. But Charlotte is only one of 37 roles [performed in the play], and finding an actor with the emotional craft and fluidity to them all is key. So I take my cues from Charlotte, who said, ‘I’m a female spirit in a male body, and to me, there’s nothing wrong with that.’ Charlotte’s heart was so big she embraced anyone who was different. I don’t want to limit that.” (Hess himself says he had no misgivings about taking on the play, though he says casting is a sensitive matter that is properly “a conversation” the theater community should have.)

The primary concern of any theater should, of course, be to tell a story truthfully and well, especially one as rich and complicated as the life of Charlotte, who didn’t live long enough to see the play.

“It was a kind of liberation that she died before she could see it,” Wright says, “but I like to hope that she would see the play as the love letter it was intended to be. Any moral compromises she made were as a sexually marginalized person with an instinct to survive as her truest self,” and you have to admire that, whatever decade it happens.

I Am My Own Wife streams July 16–Aug. 2. $38. Tickets for purchase at WaterTowerTheatre.org.