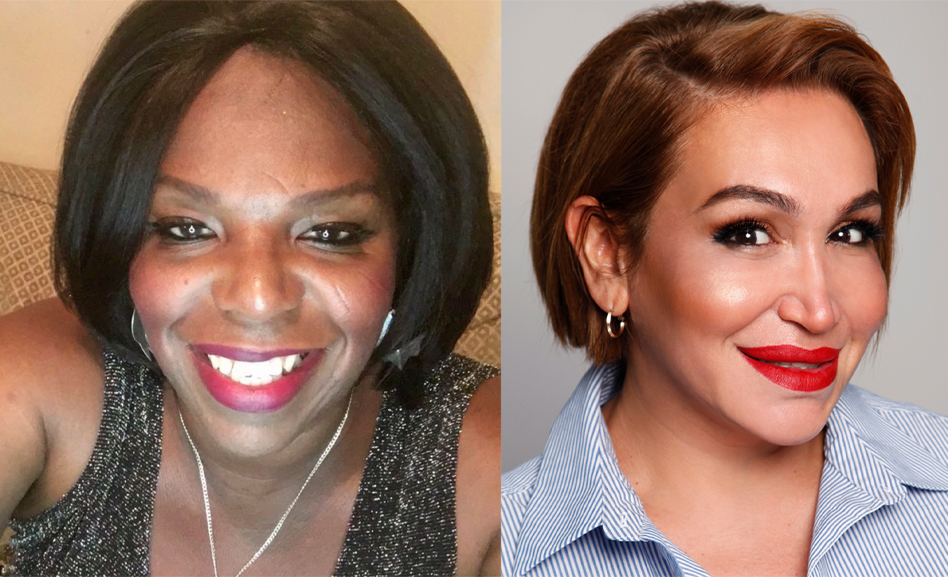 Tanya Walker, left, and Cecilia Gentili are the plaintiffs in HRC’s lawsuit against the Trump administration over Section 1557 of the ACA.

Both HRC and Lambda Legal pledged, within hours of the Trump administration’s June 12 announcement of the new regulation, to sue to overturn it. The HRC lawsuit comes a week after Lambda Legal filed a similar suit, and two weeks after the U.S. Supreme Court announced its ruling in Bostock v. Clayton County, declaring that the term “sex” in Title VII of the Civil Rights Act includes sexual orientation and gender identity, thus protecting LGBTQ people from discrimination in employment

The Trump administration’s version of Rule 1557 would “eliminate explicit protections from discrimination based on sex stereotyping and gender identity, thereby sanctioning discrimination against LGBTQ people, particularly transgender people, in health care programs and activities.” HRC noted in a press release this morning.

The lawsuit is the first that HRC is filing since announcing its new impact litigation initiative in October last year, and it names the Department of Health and Human Services and Secretary Alex Azar II, in his official capacity, as plaintiffs.

HRC is filing the suit on behalf of two transgender women of color: Tanya Asapansa-Johnson Walker, an Army veteran, two-time lung cancer survivor and community leader who co-founded a statewide advocacy group for transgender and gender non-conforming New Yorkers, and Cecilia Gentili, an entrepreneur, activist, writer and storyteller with more than a decade of experience as a patient and health care policy advocate.

HRC President Alphonso David said, “LGBTQ people, and particularly transgender people, have been under constant attack by this federal administration and we are not going to allow them to dismiss and disregard us.

“Our plaintiffs, Tanya Walker and Cecilia Gentili — like many others in this country — should not be treated as second-class citizens by a federal administration hell bent on removing legal protections afforded to transgender people. It is time to end the constant fear and anxiety felt by many in the LGBTQ community that a person’s gender identity might determine the kind of medical care they receive.”

The HRC press release said the two plaintiffs’ experiences mirror “the reality that many LGBTQ people, especially transgender women of color, face when seeking health care. For years, Tanya Asapansa-Johnson Walker and Cecilia Gentili have been routinely met with ridicule, harassment, verbal acts of discrimination such as misgendering and dead-naming, and rough physical handling, when making appointments for routine care, during recovery from surgery, or while accompanying other transgender patients to necessary medical treatments just because they are transgender.

Asapansa-Johnson Walke“Both live with serious and chronic lung conditions, and they delay or avoid treatment for these and other conditions because of the fear of facing discrimination. Both live with the trauma and grief of having lost friends and chosen family who succumbed to conditions that were treatable but who nonetheless chose to forego medical care due to fear of harassment and discrimination,” the press release noted.

Asapansa-Johnson Walker said, “Every visit to the doctor, whether for my lung cancer or other issues, I have to defend my gender identity to the very people responsible for my care. The administration’s decision to roll back regulations that protect LGBTQ people from discrimination in medical settings is a slap in the face to the transgender community that has fought so hard for these necessary protections.”

Gentili added, “My work takes me all over the country, and I was in Florida when COVID-19 became generally known as a pandemic. As a Latinx, transgender woman with COPD and emphysema, I was terrified that, should I become sick in Florida, a state without non-discrimination protections for LGBTQ people in health care, I would receive inadequate care. Because of this regulation, health care providers are empowered to either refuse to treat me or provide me with sub-par care on account of my being transgender, which could ultimately lead to severe health consequences or even my death.”

The lawsuit argues that the Department of Health and Human Services has violated federal law by completely removing language from the regulations interpreting Section 1557 that clarifies that prohibited sex discrimination includes discrimination on the basis of gender identity and sex stereotyping, including for LGB people, effectively encouraging  discrimination against LGBTQ people and undermining the guiding purpose of the ACA to expand access to affordable and quality health care.

HRC notes that even prior to the Bostock ruling the definition of “sex” has been consistently interpreted by numerous federal courts and agencies — including, until this action by the administration, the Department of Health and Human Services — to include discrimination based on gender identity and sex stereotyping.