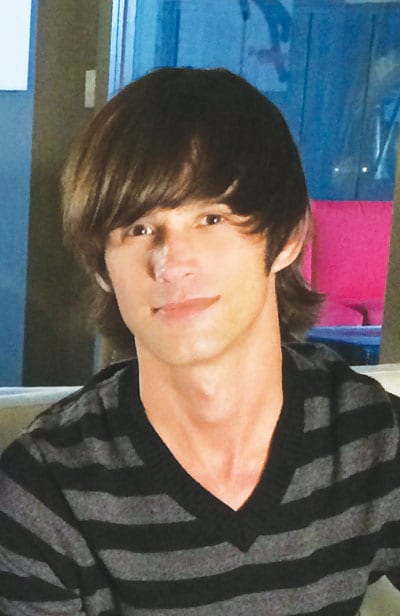 Ripping the hunks with brains might make us feel better about ourselves, but it shows our insecurities 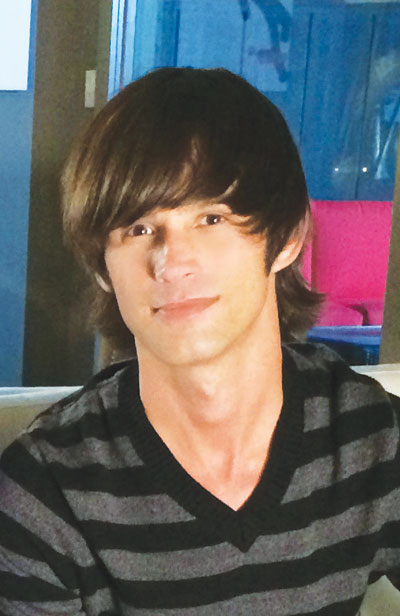 The scene: A gaggle of gays, bedecked in their Sunday Funday finest, stand sipping top-shelf cocktails at the bar. One gay stops abruptly halfway through his forty-seventh scan of the crowd, his jaw drops, and he exclaims, “Oh my god! Check that one out, he is goooooooorgeous!” The rest of the circle turns to check the object of affection, and a second gay banters back, “Yeah, but he’s probably dumb as a box of hair.” The first gay, undeterred, responds, “I do not care. I would (insert appropriately graphic analogy here) to him.” Fin.

It’s a scene that occurs with clockwork frequency at gay bars, parties, gatherings or fundraisers, for where two or three gays have gathered together, eye candy shall be judged in their midst. I think it’s in the gay Bible. It’s also a fascinating insight into how we judge ourselves and each other. I’ve never once heard the opening commentary about an attractive man be followed by, “And I bet he’s brilliant.” We just aren’t open to that possibility. Why is that?

We’re open to intelligence and witty conversation from those who are deemed cute, attractive, handsome or quirky, but when someone is that unquantifiable kind of gorgeous where everyone kind of has to acknowledge their beauty, whether they are your personal type or not — we do not like them smart.

I think it’s because some subconscious part of many of us believes the universe is supposed to be fair. It should not be possible to be the kind of Greek-god-attractive that turns every head in the darkest of rooms and be intelligent, insightful, truly hilarious or phenomenally talented.  Definitely not all of the above, because one person should not win everything in the genetic lottery.

Because if they do, what does that say about the rest of us? For many who have accepted the reality that on the generalized modern beauty aesthetic we are somewhere on the scale below the perfect 10, part of the way we have created our own self-esteem is in giving the appropriate value to the other strengths we bring to the table. As adults who are looking for a partner for life’s adventure we’ve realized that surface attraction is a single component in a very complicated formula. We may not turn every head, but once the conversation starts, we shine brighter the longer it lasts.

This is not a “be nice to the poor super-hot Adonis at the bar” defense of the personality and intelligence of the uber-beautiful. Given many of our visceral reactions to them, they probably do just fine.  Nor is it an attempt to defend those who, with longer viewing and interaction, do turn out to be the disgusting template for the eye-roll inducing, dumb, narcissistic hot guy assumption.  They’re certainly out there.

I’m more concerned about what the assumption says about the rest of us. If we need them to be stupid in order to feel equal, or superior, to them as a total package, we’re looking at it wrong. It means that in the split second leading to the need to decide, without knowing them, they must be a moron, we’ve looked at them, compared ourselves to them and found ourselves wanting on a purely aesthetic comparison. Then we searched for something to even the playing field — and called them stupid.

We shouldn’t do that to them, sure, but far more importantly, we shouldn’t be doing that to ourselves. Would it be nice to be that top tier level of attractive? The narcissist in me says absolutely. There was a time in late adolescence where I legitimately had the thought that I would trade all of my other gifts and talents to be that Abercrombie V-shaped perfect specimen, even if I was below average in every other way. And I meant it. I thought it would be so much easier not to have to reassure myself continuously that “once they get to know me, it usually gets better.”

I don’t feel that way anymore, but I still have to aggressively resist the urge to look at those I perceive as hotter than me and compare myself to them, totally objectively of course.  It’s one of the strange aspects of homosexual attraction and dating. We can do a one-to-one comparison with potential paramours of everything from intelligence and talents to knowledge to athletic ability to … well, sizes — all of them, and that one.  We should really, truly, definitely not do that to each other or ourselves.

It’s ultimately about our confidence and perception of others, but it starts with how we view ourselves. It’s looking in the mirror and not seeing the traumas of bullying or adolescence, but acknowledging the man standing there now. It’s seeing the things that make him beautiful, both inside and out, and loving and truly embracing the uniqueness of him as a total package.

If we can truly do that, then that eerily symmetrical and perfectly presented example of male desirability at the bar will not be a threat, nor someone we need to measure up to. He will just be a beautiful man we can appreciate without needing to bring him down to the level where our insecurities express themselves prior to engaging with him.

After all, if we didn’t let our personal issues rush us to an unfair prejudgment, we might find ourselves chatting him up and finding we love that he converses with the wit of Oscar Wilde and enjoys the same activities we do with a passion for life that makes a great new lover. Or friend.

But, if he proves to be that stereotypical self-absorbed jackass who we were predisposed to assume he was, well then it’s a perfect opportunity to remind him that beauty fades, but stupid is forever, and his Instagram photos won’t keep him warm when he is old and alone. We can feel good about that, too. We just won’t need hot guys to be stupid in order to enjoy them.

This article appeared in the Dallas Voice print edition May 9, 2014.