Hoping for bigger and better 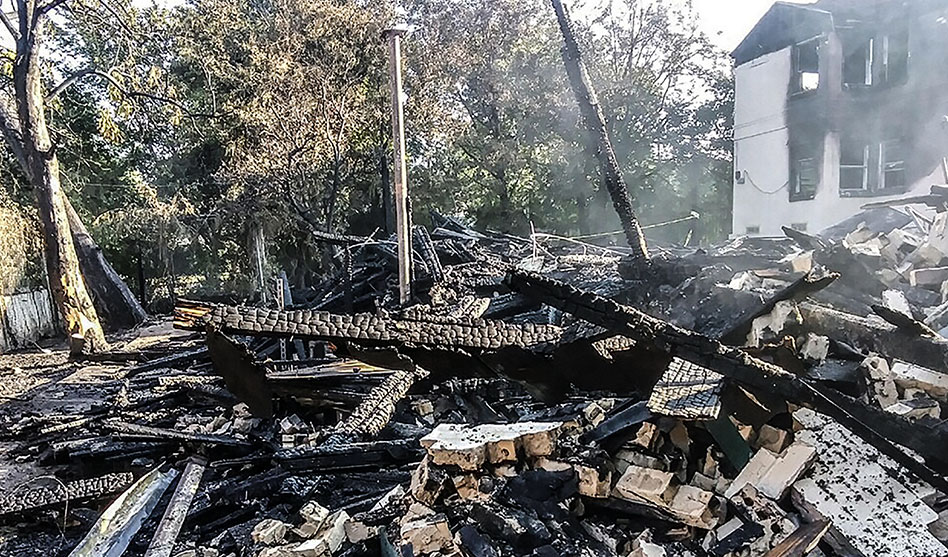 AIDS Services Dallas was about to start renovating a property acquired more than a year ago; a Saturday night fire means starting from scratch

A fire that destroyed a two-building apartment complex owned by AIDS Services Dallas that was about to be renovated into affordable housing for people living with HIV could turn out to be a blessing in disguise for AIDS Services of Dallas: Plans had called for the property to be renovated into 16 affordable apartments for people living with HIV. Now, though, ASD CEO Traswell Livingston is optimistic that what will replace the planned renovation will be bigger and better new construction.

The blaze that broke out at about midnight Saturday, Aug. 22, leveled one of the two buildings and severely damaged the second. The property was purchased in 2019, and the renovation project broke ground in February just before the beginning of the pandemic shut down.

Residents of the new property will mostly be people who currently live at other ASD properties but have become more independent.

Zoning for the neighborhood allows construction up to eight stories. Livingston said it’s unlikely they’ll build that high because there wouldn’t be enough room for parking without an underground garage, which would be extremely expensive. He said a new design would surely be for a three-story — maybe four-story — building.

But before any new plans for the property get underway, Livingston has several steps ahead of him. 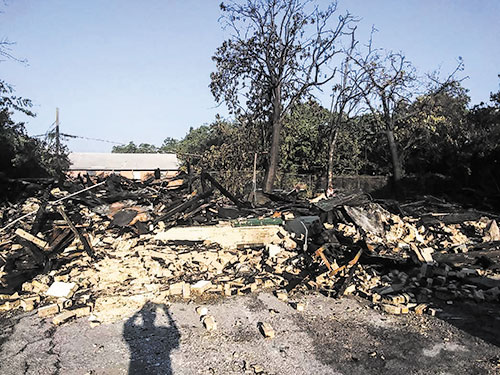 The fire that destroyed the buildings is under investigation.

Atmos Energy was on site during the fire. Gas had been turned off at the propery, but water and electric services to the buildings were still on. The property was uninhabited and the buildings secured. But fire investigators will be looking for any signs of arson. As of press time, Dallas Fire and Rescue gave ASD no indication what may have caused the fire.

Now Livingston has to deal with the insurance company. Thankfully, the property is covered, but what he doesn’t know yet is whether insurance will cover expenses ASD has already paid — like the architect’s fees for a design to renovate existing buildings that will now have to be scrapped in favor of a design for a whole new building.

ASD kept the property fenced and boarded up between February and August. The agency also kept the lawn mowed and trash taken out. Still, Livingston said, there was evidence that someone was sleeping there, even though ASD checked the property regularly.
“We did everything we could to secure the building,” Livington said. “From time to time, we had to re-secure the place.”

Part of the renovation was being funded with federal funds though HOPWA — Housing Opportunities for Persons With AIDS. That funding, which comes from the Department of Housing and Urban Development, may have been specifically designated for a renovation project.

One of the two buildings is nothing more than rubble after the fire. The second is severely damaged, but city inspectors haven’t decided if it needs to be torn down. The fire damaged the roof and part of the structure, and it would take quite a bit more money to rehab what is left.

Livingston said he’s not sure how the fire will affect the existing HOPWA funding, but the city does have two funds that he’s hoping ASD can tap into to provide some of the money they’ll need to proceed.

One of those sources is Community Development Block Grants, which “fund local community development activities with the stated goal of providing affordable housing, anti-poverty programs, and infrastructure development,” according to HUD. The other is HOME, another HUD program that “provides grants to state and local governments to create affordable housing for low-income households.”

The original plan was for the new property to open to residents by the end of this year. With renovations just set to begin, the opening date had been pushed off until summer 2021. Now, Livingston said, the fire postpones the project until at least spring 2022.

He said among residents there is disappointment and frustration. That’s after six months of stress caused by COVID-19, and ASD lost one resident to the virus.

Still, during the pandemic, ASD was able to take in 14 new residents. Most had been sleeping on cots while living in the makeshift shelter at the Dallas Convention Center.

“They can much better maintain their health at Hillcrest House,” Livingston said.

During the pandemic, ASD had to restrict all visitors from coming into their residences, and, Livingston said, “Isolation builds anxiety.”

Livingston said he’s ready to start opening the properties in slow, incremental steps. And he hopes to get the project at 511 N. Lancaster underway. That would be one way to accommodate some of the 148 people currently on the waiting list for ASD housing.

No matter what HOPWA, insurance and other government funding comes through, rebuilding bigger and better is going to take additional fundraising.

To make a donation, visit AIDSDallas.org and click on the 511 Lancaster tab. Scroll down to hit the donate button.