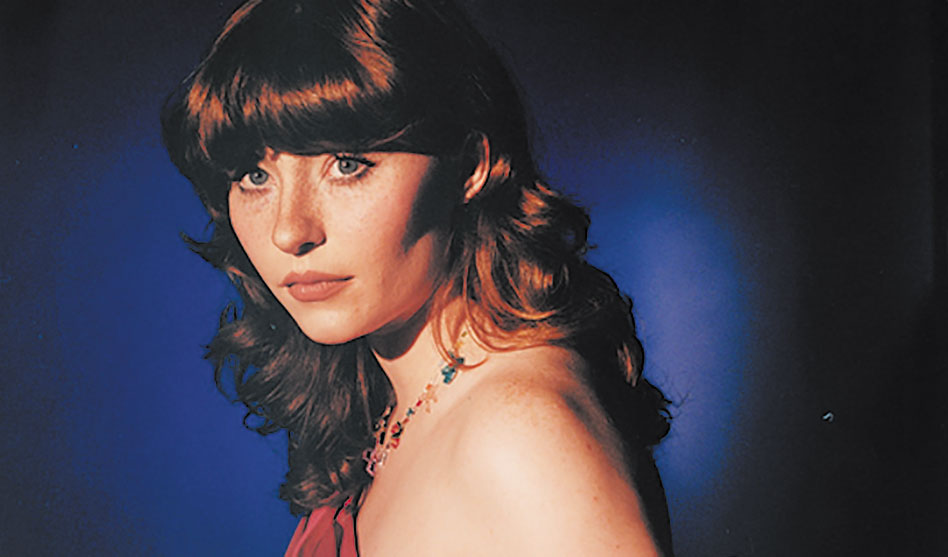 The last year has been quite the journey for Allison Ponthier. It was just last summer that the out singer and Dallas native  released her debut EP Faking My Own Death. Since then she’s gained the experience of rising star fame, live shows and collaborations.

Based in New York City now, Ponthier’s on the verge of releasing her second EP, Shaking Hands with Elvis, and has already released two new songs: “Autopilot” and “Hardcore.”

In the visuals for those songs, she continues her quirky style with retro ambiance and animated puppets.

Despite her rising stardom, Ponthier hasn’t forgotten her Dallas roots. In her often-weekly livestream on Instagram, while she interacts with fans she’s also raising dollars for Dallas Hope Charities, the nonprofit that operates the Dallas Hope Center, the city’s only LGBTQ-focused youth homeless and transitional living center.

“Allison Ponthier has been an advocate for our mission longer than I am personally aware of. In my year and a half with DHC, she has rallied through her social media platform for her fans to get behind our mission to instill Hope For All.  In the past four months, and through her welcomed persistence in enabling Instagram’s fundraising tools, her fans have raised almost $400 when Allison has promoted the Live Donation and Donation Sticker features on Instagram,” DHC’s marketing director Ciera Oates said in an email.

Now she may finally get to meet the folks she’s been helping out as her tour with Bleachers brings her to Dallas for her first show here on Wednesday, May 25, at the South Side Ballroom.

“When we found out that Allison was going to be in Dallas and the opener for this particular show, I immediately reached out to her and her management to make sure we connected while in town. I had hoped for a quick hello before or after her set since I’ve engaged with her through social media regularly to thank her continued support. Our discussions have now evolved into developing a raffle fundraiser for her fans to participate in when attending the show; as well as an opportunity for Allison to visit our Hope Center, which provides a welcoming space for LGBTQ youth that have been rejected by their families and forced out of their homes to live on the streets of Dallas.” Oates said.

Before her show, Ponthier talked with Dallas Voice about her homecoming as well as her new music and talking with the legendary Elton John on his podcast.

Dallas Voice: OK, we’re gagging that you spoke with Elton John on his podcast The Rocket Hour. It’s like one queer icon speaking with the new queer generation. Can we just talk about that for a moment first? Allison Ponthier: Honestly, I was so nervous, and he was so sweet to me. He really did his research and was familiar with me and my work with Dallas Hope Charities, and he tells me we’re in the same game. I mean, as a musician and an activist, it meant a lot. But he is so much cooler than me. To have someone you admire say nice things about you — nothing is more heartwarming.

Congratulations on all your success. It’s an interesting time to talk to you again because last year, you were just releasing your first EP. With that and what came with it, here we are again. How do you reflect on this last year? I really appreciate that question. So much has changed in that year. It never stops being scary. It’s kind of always terrifying. This past year, I had my first EP, my first television appearance, and now I’m on my second round of doing it again.

Surely the experience helps. I do have so much more confidence in myself than last year, so I know it will be all right. I know to stop and enjoy things a lot more.

You’re about to drop your next release with hints already. We’ve seen videos for two of your songs “Hardcore” and “Autopilot.” Could you talk about what we’ll be hearing from you soon? The new EP is more experimental. There are more styles with some faster rock songs and some more production liberties in my slower songs. I think my experiences teach me to take time in my music, and I’m enjoying learning about myself.

Your music touches on a variety of personal levels. Do you feel like your writing from a particularly queer perspective that hits deep with listeners or is it just merely personal? I think I’ll always write “myself.” I do have a songwriting style that makes me identifiable. A really good litmus test for me is who I am at the moment. The first record was about identity, and I think this one celebrates the things that aren’t perfect. My music is very autobiographical.

I do think there is something inherently queer about all my music. It’s crazy how much I have in common, though, with listeners. Really I’m just making music and hope it connects with people. I think my own struggle with identity is something we have in common, and we all bond through these songs.

It is strange to think that Wednesday will be your first show here in your hometown. I think about playing Dallas all the time. The last time I played there it was like  jazz cover gigs for 15 people. I haven’t played [in Dallas] since coming out, but it’s empowering to feel like I’m coming back home and doing this myself.

And you’re teaming with Dallas Hope Charities, a nonprofit that you’ve raised money for. What’s your relationship with the organization? Yeah, we’re partnering with them on merchandise. They’ll have a booth there. I hope I get to tour the center while I’m there.

I think I’m always looking out for ways to support people in Texas. They’re more than just a shelter, and I like to see how we can partner to raise awareness. They’ve grown so much in the past few years.

And Bleachers [EDITOR’S NOTE: Jack Antonoff’s stage moniker] has his own LGBTQ charity, The Ally Coalition. He’s very pro-LGBTQ which is also great.

Allison Ponthier opens for Bleachers on Wednesday, May 25, at the South Side Ballroom. SouthSideBallroomDallas.com.