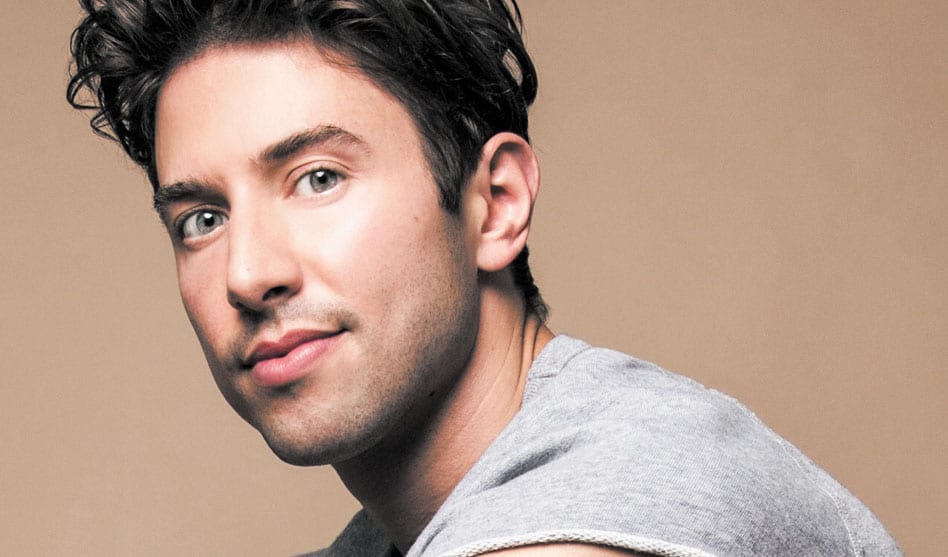 Out actor Nick Adams on the transformative experience of ‘Falsettos’

When William Finn’s musical Falsettos opened on Broadway in 1992, it not only won Tony awards for its book and score, it also shook up the culture in its portrayal of contemporary gay life. A year before Angels in America, it portrayed characters dealing with coming out… and coming to terms with what would become the AIDS crisis. It showed a same-sex couple living together and raising a child — unheard of at the time.

Of course, the culture has changed since then. HIV is more treatable, and same-sex marriage is the law of the land. But for Nick Adams — who plays one of the main roles in the new national tour, following the successful Lincoln Center revival in 2016 — the show seems just as relevant as always. Adams wasn’t even alive at the time the musical is set (Act 1, called March of the Falsettos, in 1979; Act 2, called Falsettoland, in 1981), but as a long-time activist in the gay community, he was familiar with queer history. At least he thought he was, until he delved deep in it with Finn and co-author James Lapine, and spoke with AIDS survivors to get a first-hand take on the work and the world.

Falsettos kicks off its national tour at the Winspear Opera House for a one-week engagement starting Feb. 12 (with a special Pride Night performance on Feb. 13), but in the midst of rehearsals, Adams — who originated the role of Felicia in the original Broadway production of Priscilla Queen of the Desert — took time to discuss finally getting his “dream role,” his history of drag parts and why activism is a big part of his mission. 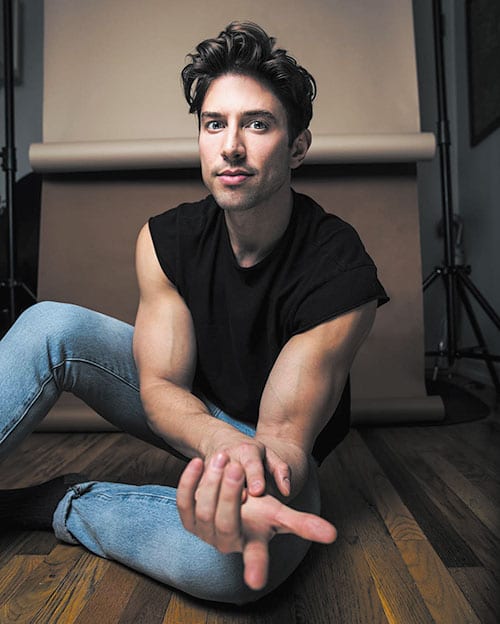 Dallas Voice: You were not even born during the time Falsettos is set, so you didn’t really experience the AIDS crisis like these characters do. You were 9 when the original production opened on Broadway, so much of the show must feel a little historic to you. What are your earliest memories about understanding the AIDS crisis, and how has this show, if at all, changed those perceptions? Nick Adams: What I love about Falsettos is, it is clever and funny and honest but deals with such heavy issues. I think it’s still so topical it doesn’t feel like a period piece. Where it takes you is so profound and beautiful. I saw the Lincoln Center production [in 2016] and it devastated me, but to see it is one thing —  to perform is a whole other level. I have to live in that world in the show, and it’s heartbreaking and also terrifying to think about the way it was, when [HIV/AIDS] didn’t even have a name but was just a plague taking lives left and right. I grew up in Erie, Penn. — a small town — and I remember in high school being told I needed to be terrified of this disease. But my education was so different than what is has been since meeting people [who lived at the time] and talking through it. With this show, I think I have allowed myself to be afraid of [the sadness at what people lived with]. I have talked to survivors in order to wrap my head around it, and it has been emotional.

I was telling my dad after we ran the show that I have to take a break after [the performance]. I feel wrung out like a dish towel. At the core, it’s about some things we are still dealing with as a society — humanity and family and what a family looks like, what is “normal” and how we refine it. I think [its continued relevance] even surprised James [Lapine] — he cannot believe how it has touched people of this generation. 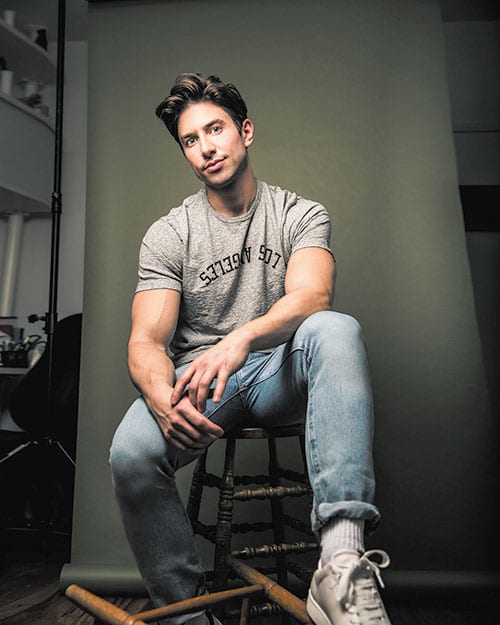 And it’s not an easy show to learn, I would imagine. Finn is known for his twisty lyrics and melodies, so what is the best and/or hardest part about doing the show? It’s been fast and furious. It’s dense, almost an operetta, so there’s a lot to learn and stage. What’s interesting is that it’s very daunting looking at the magnitude of it on the page — to learn and have ready to go is a big thing. But the way it’s written is so smart, and the psychology of the characters follows a train of thought, so it’s been a clear path for memorizations. Finn is so clear with what you’re trying to say that it’s easier to retain. And the melodies are just so well-meshed in the piece that it takes you emotionally where you need to go. That’s what is so singular about this musical — it’s its own experience without a lot of dialogue. I’ve really just enjoyed the process.

When I was looking at your career as a whole, it seems you have actually done quite a bit of drag acting — Mary Sunshine from Chicago, one of the Cagelles from La Cage aux Folles, and you originated the leading role of Adam/Felicia in Priscilla Queen of the Desert. Now in Falsettos you play Whizzer, who is actually the jock in the show. Was that a conscious effort at butching up your image? I know! It’s just so random.

Mary Sunshine was my first Broadway credit, then La Cage happened. I was really resistant to doing it — I said I didn’t know if I wanted to be a drag queen — but it ended up being a huge critical success. And then I did Priscilla right after that, and the producers were able to see me in La Cage… so, it’s been bizarre.

Do you have a favorite role? Priscilla was a huge charting point in my life because it was just so massive and fun and ridiculous. I look back at that experience with such joy, but I’ve also grown so much since then.

But it has actually been a dream of mine to play Whizzer since college. Sometimes during rehearsal I just think, “Is this my life?” This is probably gonna be the most satisfying role in a different way. There are sides of me I get to explore [dramatically]. It’s so real and beautiful.

In a strange twist, you appeared in the movie Sex and the City 2 as part of the wedding chorus. Others in that chorus were Andrew Rannells, who played Whizzer at Lincoln Center, and Max von Essen, who co-stars with you as Marvin in this production…. Yes! Andrew and I are great friends. I’ll never forget that experience. I also [played Fiyero] in Wicked, and [my Falsettos co-star Eden Espinosa] played Elphaba. We all have this weird circle of Broadway friends.

You’ve been pretty forward in your gay activism, from calling out a club owner on Twitter for treating you and your boyfriend homophobically to donating your time to fundraising. How important is that side of your calling? I’ve done a lot of work with Broadway Cares/Equity Fights AIDS, I’ve done AIDS walks…  I’ve raised tons of money and done so much for so long for all those organizations very intentionally. What I do for a living creates an audience. I have the ability to spread a message and have an impact in that way. With the accessibility of social media it becomes a responsibility to use your voice where people can hear it. I’ve been given a small platform where I can share a message of something I’m passionate about and not be so ego-driven.