Happy Pride from the Canadian consulate in Dallas 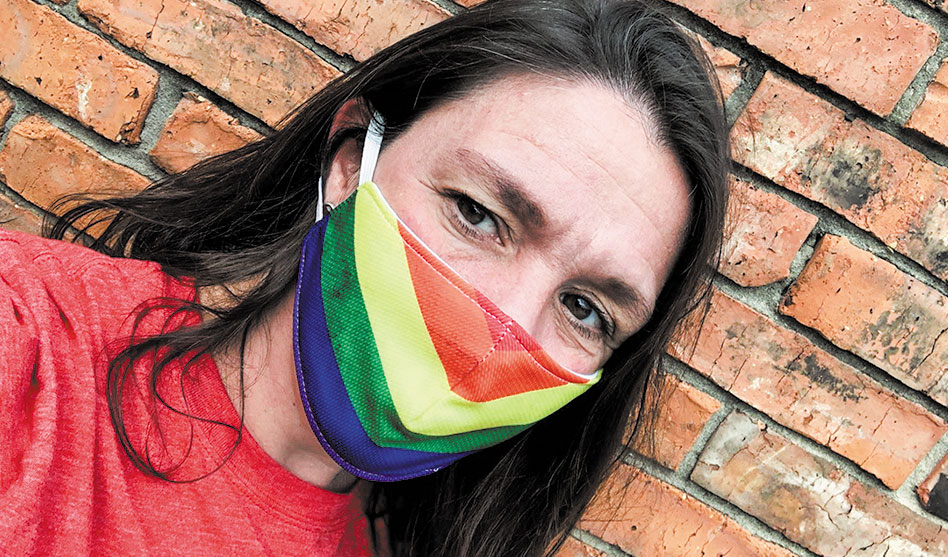 A few hours after release of the June 15 U.S. Supreme Court decision affirming non-discrimination protections in employment based on sexual orientation and gender identity, I spoke to Rachel McCormick, Consul General of Canada in Dallas, who congratulated the U.S. on the ruling. While Canada extended those rights to the LGBTQ community with an amendment to its Human Rights Act in 1996, there was no gloating over Canada’s much earlier recognition of universal equality or marriage equality. McCormick only shared joy with us.

“I saw a lot of happiness for the Supreme Court decision across Canada on social media,” she said.

And Randy Boissonnault, a former member of the Canadian Parliament and special advisor to Prime Minister Justin Trudeau on what both he and McCormick refer to as LGBTQ2 issues, pointed out that transgender protections weren’t added in Canada until 2017. And not until last year were old records expunged for convictions under the old sodomy laws.

“Canada is not without its challenges,” McCormick acknowledged.

In response to the George Floyd murder, McCormick said, Canada is right now going through a conversation about being anti-racist. Boissonnault pointed out that in 2017, the Toronto Pride parade was stopped for 45 minutes by a Black Lives Matter protest. The point of contention was that the parade being “a little too white” and forgetting about minorities within the LGBTQ community.

Boissonnault credits Trudeau with much of the progress that’s been made since he came to power in 2016.

Trudeau recognized he needed a minister advising him on LGBTQ issues to understand the community’s needs. McCormick said the community is diverse, and issues that are being addressed include isolation of seniors and sometimes having to go back into the closet for safety to receive care, receiving proper healthcare, youth issues and coming out.

As diplomats, both McCormick and Boissonnault were as, well, diplomatic as can be. So when asked how policies are created to address needs of the LGBTQ community, McCormick said, “We’re very committed to evidence-based policymaking.”

That was simply a comment on how Canada’s government works: Science is accepted; research is encouraged. It wasn’t meant as criticism against the U.S. or any other government.

Human rights has become a very Canadian issue. “We empower missions around the world to work with local human rights organizations,” Boissonnault said. And the Canadian government “puts money in the hands of consuls” to do that work.

In Ecuador, that meant helping to house 200 Venezuelan LGBTQ refugees who had fled for their lives. In Dallas, the consulate brought the executive director of Egale Canada, the country’s largest LGBTQ rights organization, to a symposium at SMU earlier this year.

But one of the major functions of a consulate is to encourage trade. McCormick explained that her role is helping small and medium enterprises access international markets.

Boissonnault led a trade mission to Philadelphia to create links between the LGBTQ chambers in the U.S. and Canada. Earlier this year, when he started a PPE company, he used suppliers he met during the trade mission.
Both agreed the U.S. is ahead of Canada on supplier diversity.

“Obama was very successful with that,” Boissonnault said. “A goal of the current Canadian Minister of International Trade is not just to increase trade but diversify markets where we trade. That includes the LGBTQ business community.”

McCormick welcomed contact with members of the business community who would like to expand into the Canadian market or work with Canadian suppliers to contact her office either by phone or on Facebook.
How is that working during the COVID-19 pandemic? “We have an extremely integrated supply chain,” McCormick said.

She said both sides of the U.S. border worked quickly and amiably to close the border to most traffic while keeping trade and trucking going. Domestically, the Canadian government supported shelters, domestic violence groups and partnered with Egale Canada on needs of the LGBT community where they found a higher prevalence of the disease.

Boissonnault said OutRight Action International, which addresses human rights violations and abuses against LGBTQ people around the world, found authoritarian governments are using the pandemic as a screen to marginalize.

During a crisis such as this, “you become a target,” he said. Transgender men and women can’t get their hormones, and people living with HIV can’t get anti-retrovirals.

When the world is concentrating on something else, authoritarians consolidate their power, Boissonnault said.

On the opposite end, he cited the current Prime Minister’s father, former Prime Minister Pierre Trudeau, who made the decision in 1967 to introduce legislation to legalize homosexuality.
“Governments really do matter,” he said.

And without comment on how the U.S. is doing during the lockdown, Boissonnault said in Canada, people are pulling together. “There’s overwhelming cooperation with lock-downs,” he said.

McCormick added, “In hotspots, decisive action is taken. Especially in remote communities in the far north, people took action to protect their communities.”

Despite the pandemic, the Canadian consulate remains hard at work promoting trade, but also promoting its human rights agenda.

McCormick listed ways the consulate is working to become better allies with the transgender community. “We’re transitioning bathrooms to be gender neutral,” she said, adding that the staff includes pronouns where appropriate. And staff has training on advancing ally-ship.

While Canada has less than one-half of 1 percent of the world’s population and only about 15 large cities, the country was home to 125 Pride celebrations in 2018 — or about 10 percent of the total Prides held around the world.

And how sincere is the country’s Prime Minister to his commitment to LGBTQ rights? Boissonnault said he has attended a meeting with Trudeau every Wednesday, 26 weeks a year for his four years in office.

“There’s no difference between what he shares in private caucus and what he says publicly,” Boissonnault said of the Canadian prime minister. “The message is consistent. LGBTQ2 rights are human rights.”