Hail to the V 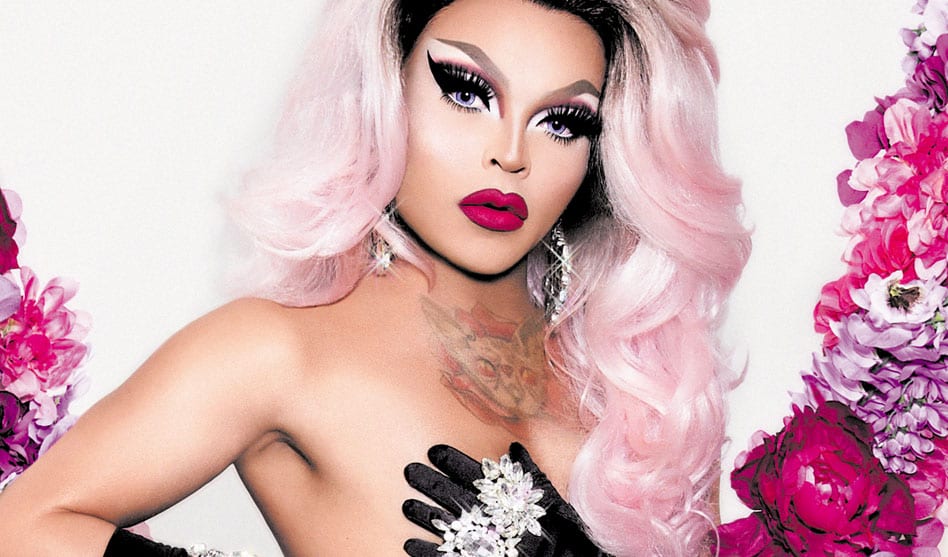 As I sit by the telephone for our scheduled call, Vanessa Mateo sends a last-minute text message: “Can I please call you in 30? Racing to the hotel now.”

I am happy, of course, to wait for the well-traveled and wildly popular RuPaul’s Drag Race Season 10 contestant. I use the time to revisit online clips of Mateo’s first-round exit. With a few playful “Miss Vannnnnjiiiie” wails and a confident reverse strut, Mateo gained more adoration for her outrageous “sashay away” than most finalists earn after slaying several weeks of drag challenges.

On Saturday, Mateo headlines Down to Float 4: Candy Land, a pool party sponsored by Impulse Group Dallas, so we wanted to know how things are going for her. And as it turns out, the wait for Miss Vanjie was worth every minute.

Dallas Voice: Have you picked out your swimwear for Dallas yet?

Vanessa Mateo: I have not, but I have somebody making me a body [form] that lets me jump into the water … like real fish.

You’ve become hugely famous for someone who left the show so early. How much has your life changed since that iconic Drag Race episode?

I’m glad my stupidity has made me who I am. I think it’s funny how you just never know what happens and what people are gonna fall in love with.

What were you planning for the competition that we didn’t get to see?

I was gonna bring all of the ratchet-ness and all of the fierce costumes. I was excited to do the acting stuff and anything I got to act a fool in… basically, everything but making shit was what I was excited for. As soon as they pulled out that Dollar Tree basket, I said, “I’m fucked. I don’t know what to do with this.”

Would you ever consider returning to Drag Race, either as an All Star or just for another season?

Of course. If Mama Ru asks me to do anything — even if she invited me and said we need a new janitor, can you please clean Porta Potty — whatever she wants me to do, I’m gonna do it.

Tell me about your recent debut at RuPaul’s DragCon.

That was the first time I’ve ever been to DragCon, and it was crazy. It was a lot of fun. I got to meet a lot of people. I got to see little kids dressed up as me. I never thought I would be excited to see so many 99 cent costumes.

Describe the strangest encounter you have had with a fan.

Here’s a good one: I was peeing. I wasn’t in drag. Someone asked me to take a picture when I was standing at the urinal. They said, “Miss Vanjie, can I take a picture with you?” I said, “I’m a little tied up right now. Give me a few minutes to shake this thing off, and I’ll be right over there.”

I read you started out as a backup dancer for Alexis Mateo, your drag mother and former Drag Race contestant. How did that turn into drag?

I was backup dancing for her and a bunch of other queens, some of [whom] have been on Drag Race, for about three years before I even did drag. One day, we were finishing rehearsals and she was like, “Girl, they have this talent show and they are giving out $500. No one has entered. Let’s put you in drag real quick and do it.” I was like, ‘No!’ There was another boy backup dancer there who said, “If I do it, you have to do it.” We ended up doing it, and I won the little $500. I said, “Oh, shit!” You know, I didn’t want to get out of drag after that.

What is the best drag advice that Alexis has given you?

Don’t do it! [Laughs] No, the best advice was “If you are gonna read somebody, read them with a smile.” That, and stuff like do whatever makes you happy in terms of drag.

I love Vanjie, but I think you look really great as a guy, too. When you are out of drag, does your voice give you away?
Yes, all the time. As soon as I speak, they turn around. Yeah, the voice gives it away quickly. And I appreciate the compliment. That’s part of the fun for me… the change from a boy to a girl. I think you should take care of both. You know, don’t be looking crazy as a boy.

What is your chest tattoo and what is the significance of it?

I was young, and I wanted to get a bunch of tattoos. I think at that point I was really over a lot of shit. I was probably working retail and wanting to call in sick every day. It was one of those moments. I was gonna get a bunch of tattoos all over my body. I wanted to get a hairless tab, but I didn’t really put too much thought into it. If I think about it, I will never get it done. It was one of those moments like that.

You just released a track called “I’m Vanjie.” How did that come about?

A couple of months ago, I saw a photo of RuPaul at the Time 100 Gala. He was wearing a Vanjie necklace. Did you send that to
him?

I did not send that to him. He went and got that made. The last time I saw somebody with my name on a necklace, it was an ex… so I didn’t know if he was trying to tell me something. I was gagged. I think I want to get one that says RuPaul on it… like a Flavor Flav chain.