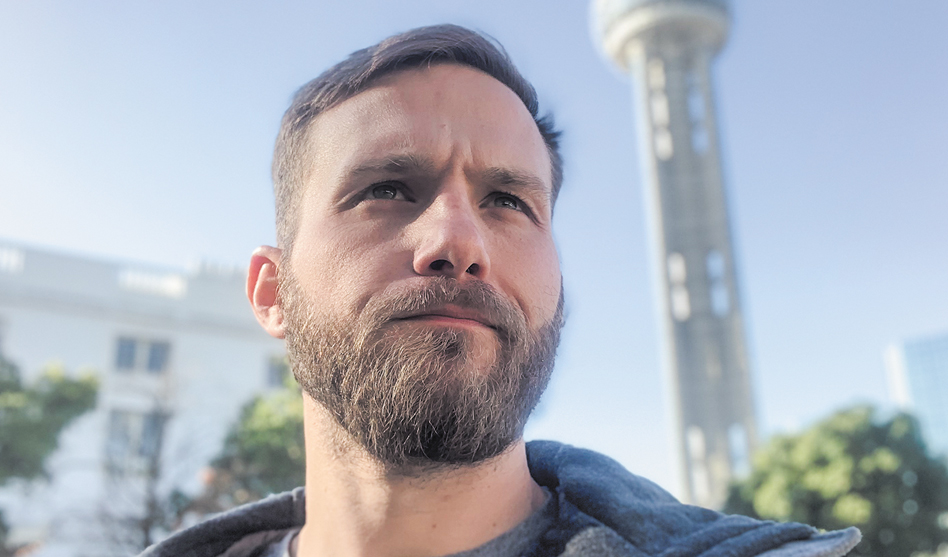 A Fort Worth man who says he is being fired from his position as a teacher with the Grapevine-Colleyville ISD because he is gay has filed complaints with both the EEOC and the Office of Civil Rights challenging his firing.

The Grapevine-Colleyville Independent School District has denied Josh Hamilton’s claim that he is being fired because he is gay. Kristin Snively, the district’s executive director of communications, provided Dallas Voice with this written statement:

“To be clear, Mr. Hamilton’s sexual orientation has absolutely nothing to do with the reason Mr. Hamilton has been proposed for termination. Mr. Hamilton has been proposed for termination for good cause due to violations of the district’s electronic communications policy, violations of student privacy, failure to follow written directives, and violations of the Texas Educator’s Code of Ethics. In GCISD, we hold all employees to high standards for their interactions with our most important people, our students. His conduct is not acceptable for an educator in GCISD.”

Hamilton has a bachelor’s degree in communications, a master’s degree in education and a Ph.D. in language and literacy. He started working at Grapevine High School as the oral interpretation teacher/coach and professional communication instructor in August 2017, beginning with a team of eight freshman that later became seven.

“Those seven have been with me since the beginning,” Hamilton said. “My first day at Grapevine High School was their first day there. They are juniors now.”

Those seven plus one senior, the team captain, comprise the Grapevine High School team that last year continued the school’s winning tradition by claiming state and national championships. That, Hamilton said, is what he was hired to do.

“My very first day of training, the superintendent came in and asked what I was teaching. I told him and he said,

‘Ooooh, that’s a big program, a lot of pressure.’ He was telling me coming in that the expectation was ‘Coach these kids and win, just like we’ve done for years.’”

But Hamilton’s place in that winning tradition ended in September, the day after he mentioned to his team that he was gay.

It was a Thursday, and Hamilton was giving his team a pep talk, trying to get them stoked and ready for the “huge” debate tournament Grapevine High was hosting, beginning the next day. The students, he said, weren’t prepared for the tournament, and he was trying to motivate them.

“I told them, ‘We’ve all been through this before, and you know you can do it. I mean, look at me. You guys watched me last year have the worst year of my life, and you’ve seen me come out the other side as a happy, functioning gay man.’

“It was a big hype session, and it worked. They told, ‘Yeah Hamilton! You’re right!’”

Hamilton said he spent the afternoon on the phone with parents, working to secure the final details for the coming tournament. He also met with a couple of students who were, he said, struggling before finally leaving for home about 5 p.m.

But the next morning, about 6 a.m., Hamilton received a text from the GHS principal, Dave Denning, asking him to come to Denning’s office at 8. Hamilton said he assumed that he had missed some detail. But when he walked in, he found himself facing not just Denning, but two representatives from the district’s HR office, too.

The three began questioning Hamilton on whether he had taken the district’s training on communications with students and texting, asking if he had ever texted students and, when he said yes, asking which students he had texted and why.

Hamilton said he told them that it was the eight students on his competition team that he texted about competition and debate information. “I traveled with those kids. I spent 46 days and nights, total, with them,” Hamilton said. “I was their caregiver, the adult who looked after them. I took them to the doctor when they got sick; I held them when their mother died when they were out of town for a competition.

Hamilton said he even handed over his phone and let the principal go through all the texts before, about 45 minutes into the meeting, he finally asked outright.

“I said, what are we getting at here? And the HR lady — I’ll never forget it — she says, ‘Have you told the kids anything about your personal life changes?’ I said, ‘Are you asking me if the kids know I’m gay?’ and she said, ‘Do they?’” Hamilton recalled. “I told her yes, sure they do. Just like they know I was married. Just like they know

I have kids. And immediately, the paperwork came out.”

Hamilton said the HR representatives said he was under investigation for sharing too much personal information with students and that he was on leave effective immediately.

“She tells me I’m on leave, and I just break. I start crying, and I can’t get it back together,” Hamilton said, adding that the HR representative expressed concern about where he would go and what he would do when he left the office, and that the principal offered to drive him home.

But Hamilton declined, telling the principal he would be ok to get home and that he was going to turn his phone off to give himself time to process what had happened. He gave the principal his ex-wife’s phone number so they could reach him that way if necessary.

Hamilton said Denning instructed him to respond to the allegations in writing by the end of the day, something he found difficult to do because he wasn’t clear on what it was he did wrong, especially since they wouldn’t tell him what texts in particular were problematic.

Finding himself in “a pressure situation,” Hamilton said, he wrote a statement in which he acknowledged having texted students, apologized for doing so and pledged to be more circumspect moving forward.

“I didn’t have an attorney then, and I didn’t think anything was really wrong. In my mind, they’d be like, ‘Hey, don’t text the kids. Use this app instead.’ And I would be back at work, no problem,” he said.

Hamilton had also been directed not to communicate with any of the Grapevine High School faculty or any of the students while the situation was under investigation, unless he had a familial or social relationship with that student and the student’s family.

The following Monday, Hamilton received a text from the principal, Denning, instructing him to be at the district’s HR office at 3:30 that day. “I still wasn’t sweating it,” he said. “I figured if there was something seriously wrong, I would have gotten something from the HR department. I figured I would get written up then sent back to work. I even went dressed to go to Meet the Parent Night afterwards.”

He arrived early then at 3:30 was called in to the office. “Their first words were, ‘Ok Josh, we’ve done an investigation. We’ve reviewed the texts and we are no longer continuing your employment.’

“I was stunned,” he continued. “I had no idea what had just happened.”

Hamilton said when he asked to see the texts in question, the HR representative refused, saying they were protecting the student. Even when he pointed out that the texts were his own texts, they refused. “I knew immediately that I would be getting an attorney, so when they refused to show me the texts, I said, ‘Ok, then you’ll have to give them to my attorney.’ And that’s when she stopped talking. They took my keys; they took my badge, and they told me I was done.”

Hamilton said that as far as he understood, the investigation was over, and he was no longer an employee, which meant directives about not communicating with students or faculty were no longer applicable. So when the debate team captain, the student that had babysat his children, called him that night asking what was wrong, Hamilton responded, saying he didn’t know and giving the student some instructions on wrapping up loose ends from the debate tournament that had just taken place.

Hamilton later discovered that was the student whose parents had complained, prompting the investigation, even though the student wasn’t aware. And it was that communication that prompted the charge against of him “failure to follow written directives.”

Hamilton said he immediately contacted a friend, Seth Phillips, to be his attorney, and that he and his attorney just recently received copies of the texts that apparently prompted his termination. There were, he said, eight texts. In one instance, which Hamilton asked the student to babysit, and when the student asked why, Hamilton told him he had an appointment with a counselor. In another, Hamilton was explaining to the student that he and his wife were separating because Hamilton was gay. And in a third instance, Hamilton was discussing a “problematic” team member with the team captain.

In addition to school officials having “proposed [him] for termination,” giving him 15 days to appeal, Hamilton said the district also sent a notice to the Texas Education Agency, although no state or federal law required them to do so in this instance. As a result, he said, TEA has flagged his teaching certificate, which keeps him from being able to find another teaching job until the flag is removed.

“The EEOC says that is definitely retaliation,” he said. “That’s why the EEOC took our claim.”

Hamilton said that he and his attorney filed complaints with the EEOC and the ORC primarily on the basis of “lack of accommodation for mental health requests,” because that even though he asked Denning, the GHS principal, on three separate occasions to either reassign him or provide him with help on an issue causing him problems, Denning did nothing.

Hamilton said that the district received notice of those complaints on Monday, and that afternoon, he has been told, Denning began calling his former students into the office, “trying to dig up dirt on me.”

Hamilton said he intends to continue fighting what he sees as GCISD’s anti-LGBT prejudice, and he adamantly disputes the district’s claim that his sexual orientation is not at the root of him being fired.

“We just won the state and national championships last year. The kids find out I’m gay, and now I’m gone,” Hamilton said. “Thursday the kids heard the word ‘gay.’ Friday, I am on leave. Monday I am gone. For the district to say me being gay has nothing to do with it is bullshit.”