Nothing flushes the wackos from the weeds like primary election season. Fasten your seatbelts folks: we are just beginning.

Iowa and South Dakota are taking the first few swings. Fortunately, the bill in Iowa which would have stripped transgender Iowans of any discrimination protections has been withdrawn. But HB 1057 just passed the House in South Dakota.

This bill — being described by Republicans as “compassionate” or “protecting children” — is pure South Dakota bullshit. The bill as originally proposed would have made it a FELONY for a doctor to provide affirming care for a transgender child under the age of 16.

I can’t begin to explain how silly this is. For starters, it would outlaw the use of puberty blockers until after age 16.

Maybe the GOP should learn when puberty begins: around age 10-14 in girls and a little later in boys. The average age is 12.

By age 16, the puberty train has generally left the station. 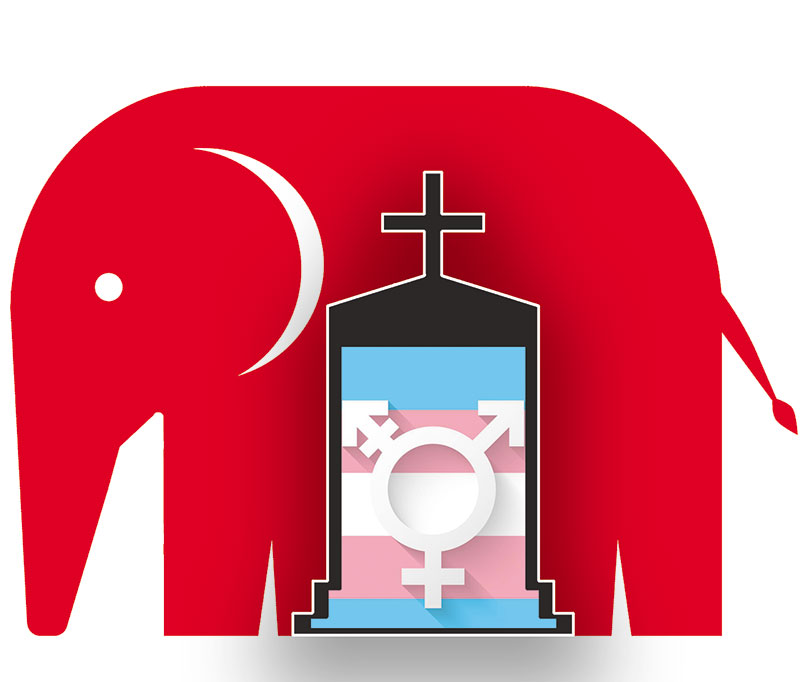 The idea of allowing the medical treatment of children to be dictated by legislators instead of leaving it between doctors, patients and parents is sheer lunacy and arrogance. I suppose if you were to combine the two words it would be “Assholery.”

HB 1057 passed the South Dakota House last week, but was amended a little to reduce the penalty for affirming children with potentially life-saving care from a felony to a Class 1 misdemeanor. Still — who is being protected here?

No one! Not the state, not the children. It’s just a dick move by those with no medical or ethical interest in protecting children, just a political interest in pandering to a small base of GOP primary voters.

Looks like come 2021 when the Texas Legislature convenes, we will have an identical bill, considering that lawmakers in Colorado, Florida, Oklahoma and Missouri have filed similar bills already, while Kentucky and Georgia lawmakers have joined Texas in promising to join the parade of stupid.

Here is a nice example of how these bills will “protect” kids:

Let’s propose a bill that would punish doctors for vaccinating children. Let’s take the decision away from pediatricians that have tons of medical evidence that vaccinating children can prevent horrible diseases like polio, measles and small pox (just for starters.) The legislature has heard that some children are allergic to vaccines; they might get hives!

Goodness! We can prevent hives by making children wait until they are over 16 to get vaccinated.

Ignorant and false “logic” like this will “protect kids to death.”

Chances are, these legislators have never met or spoken with a transgender person. Blocking puberty for a trans kid is a compassionate and life-changing act. Puberty blockers, if administered properly, are reversible. The effects of puberty are not.

I wish puberty blockers would have been available when I was a kid. Here are just a few things I could have avoided:

• It took me nearly two years and more than $10,000 to have the hair removed from my face. It was also one of the most painful things I’ve ever experienced.

• The hair on my arms and legs is much more stubborn than it otherwise would have been. (I’m blessed with never having much hair on my chest and back; some aren’t so lucky).

• I wish I weren’t six feet tall, and I wouldn’t be had blockers been available.

• I can hardly find shoes in a size 12. My hands are huge. Both my hands and feet would have been within female norms had I taken blockers. My height, hand size and shoe size are irreversible, by the way.

My life would be easier in a slew of ways had blockers been available when I was growing up. But they weren’t.

Young trans kids know they exist. For those who wish to stall off the wrong puberty, this can be a life-saving solution.

Puberty blockers are safe, reversible and life altering in profoundly important ways. So, tell me again how denying this option “protects” kids.

For God’s sake, read a book!

I know there is no legal requirement for legislators to read or even understand what they are voting on. But in this case, they need to do some investigating. The science is out there.

Some conservative blow-hards will spread lies that surgery like mastectomies and castration occur on young children. No, they don’t. Saying they do is just blatantly lying.

To legislators, let me say: Voting in favor of these dangerous and cruel bills will unquestionably do more harm than good. You are protecting no one. The American Medical Association, WPATH and the American Association of Colleges of Pharmacy agree.

Fort Worth Rep. Matt Krause has pledged to submit one of these ridiculous bills in the next session. Let’s not forget that. But be aware, this won’t be the only damaging piece of legislation proposed. There will be more.

We must remain vigilant: 2020 is a critical year with so much at stake. Our voices MUST be heard.