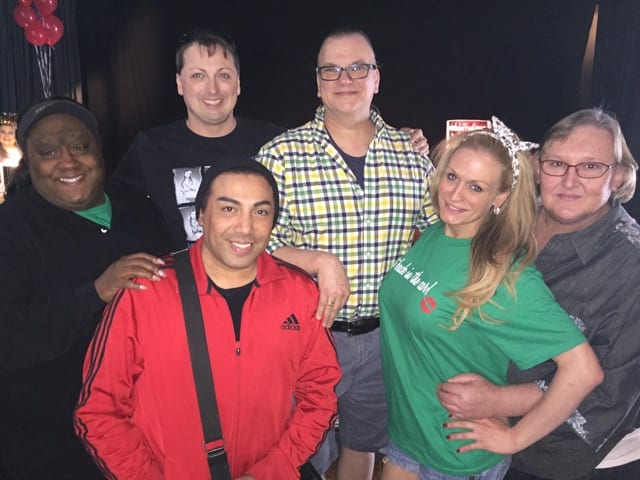 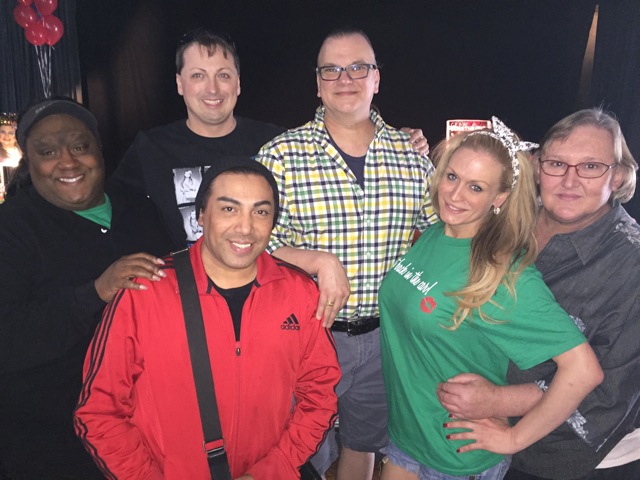 For many in Dallas, it’s difficult to remember a time when Richard Curtin aka Edna Jean Robinson was not stalking the halls of S4 (like, when it was still Village Station). Alas, all things come to an end. After 21 years, Curtin has left Caven Enterprises to strike out on a new venture: owner and manager of Zippers, which he recently renovated (including the addition of a piano bar and new DJ booth). “Im excited about this new chapter; I’m also very ready,” Curtain said. 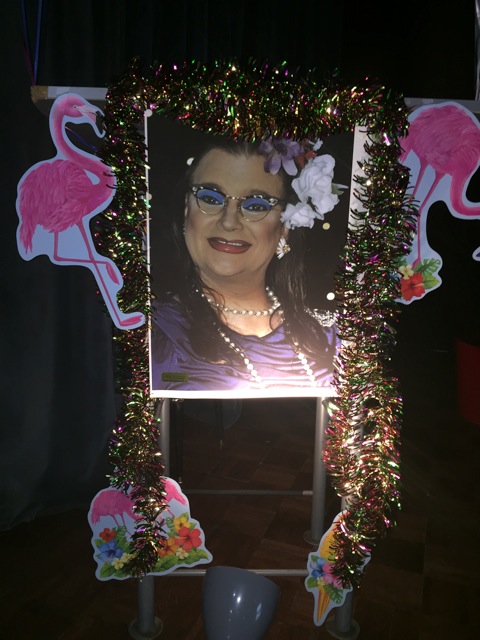 As a farewell, many of the manager and drag diva’s close friends and well-wishers gathered at S4 on Monday for a farewell salute and party. Among those paying their respects were Kelexis Davenport, Cassie Nova, Lalya LaRue, Krystal Summers and Valerie Lohr (pictured above with Curtin). Of course, it’s not really “goodbye;” it’s just “don’t let the door hit yo’ ass on the way out, beeyotch!” I mean, they are drag queens.
Best of luck! We’ll see you at Zippers!