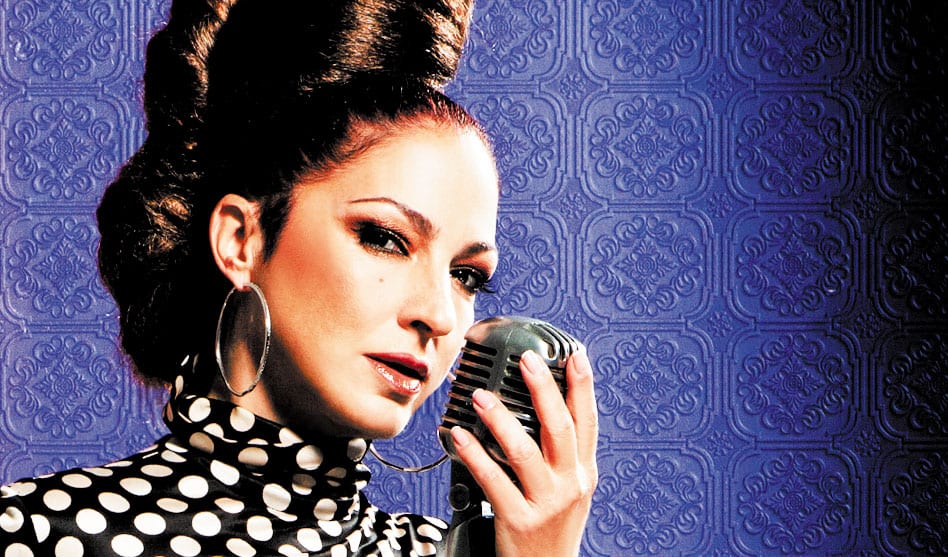 Just as her B’way musical ‘On Your Feet!’ settles into Fair Park, the pop icon  reflects of perseverance,  her queer movie and now  out-and-proud daughter

Why, of course global queer icon Gloria Estefan — muse to drag queens worldwide and subject of the Broadway musical On Your Feet, arriving via its national tour this week in Dallas — has a daughter who is not straight.

To close out 2017, Gloria’s 23-year-old daughter, Emily, celebrated — for the first time publicly — her one-year anniversary with girlfriend Geremy Hernández via Instagram. Emily’s snap of the couple was captioned, “Happy anniversary to my delicate, bold, intelligent, important, honest, loving, funny (but not funnier than me), brave, compassionate, patient, badass, talented, and the most beautiful… Moon Flower. I love you.”

Gloria, who left an indelible stamp on ’80s pop music with trailblazing crossover hits like “Conga” and “Rhythm is Gonna Get You,” starred in last year’s seemingly made-for-Trump-voters, empathy-spurring dramedy A Change of Heart. The Queen of Latin Pop portrays Dr. Fajardo (her “alter ego,” as she originally studied psychology at the University of Miami and planned to be a doctor), the therapist who advises Jim Belushi’s bigoted, FoxNews-watching dad character, Hank, as he comes to terms with the foolish possibility that his new heart from a recent transplant is, as Gloria puts it, “pumping gayness into him.”

Hank’s youngest daughter, Josie (Aimee Teegarden), also just happens to be a lesbian, but neither Estefan nor her husband Emilio (both produced the film, while longtime Gloria-collaborator Kenny Ortega directed) never mentioned Emily’s own queerness when we met up at a red carpet event at the festival in late April in their hometown of Miami to discuss the queer-themed project — the woke Estefans know you let your children make that statement when they’re good and ready. But they did express, as always, their passion for equality, with Gloria acknowledging — because she is officially Global Mother to the Gays now — “I just felt natural in the role. To us, we’re allies because we’re human beings. That’s the bottom line. Everybody is a human being. We’re all the same. We always see everyone as the same, whatever their preference is for love, sex, religion, culture. That’s always been important to us.”

That creed extends to their roles as equal-opportunity business owners. Regarding Estefan Enterprises, which comprises their entertainment company, restaurants, hotels and a beach resort, Emilio says, “[Whether] you’re Latino or gay — you have to see somebody based on the kind of work they’re gonna do, and I think that’s happening now. I think it’s a lot better — much, much better.” 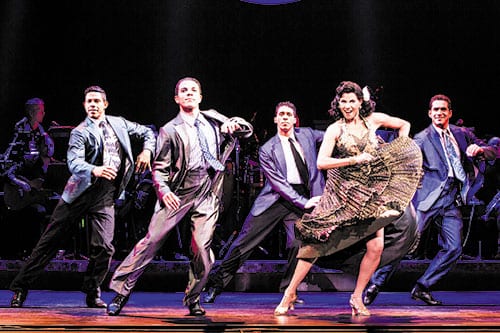 ‘On Your Feet!’ opens at Fair Park Music Hall this week.

Gloria’s life- and career-long commitment to stand for racial and economic justice, immigration equality and marriage equality, culminated in October 2017, when Gloria was honored by the National LGBTQ Task Force [Miami] with the National Leadership Award for being a staunch LGBTQ ally and “for her work to support … the issues that affect their lives every day,” the press release noted. (“Her recent work, such as A Change in Heart, serves as a testament of her humble beginnings as a Cuban immigrant and as an artist who has always held her LGBTQ fan base in her heart,” said Josue Santiago, chair of the Task Force’s Miami Gala.)

Gloria’s gay-aligned ventures don’t stop there: Given her 2017, the singer’s contribution to the queer update of Netflix’s endearing reboot of One Day at a Time — the show’s theme song, advising that you keep doing what you do — seems right in step with her gay-adjacent career. Her musical roots are, after all, steeped in queer fandom.

“The gay community was one of the first communities that supported us because we were huge in the clubs and in the gay clubs, particularly, because the gay community is usually a little bit ahead of trends and musical trends and fashion trends,” she recalls.

DJ Pablo Flores, remixer of Gloria’s megahits “Dr. Beat” and Conga,” spun songs she produced with Emilio at a Puerto Rican gay club during the onset of her career with the Miami Sound Machine, when she joined in 1977 as the band’s frontwoman (talk about gay — the band was originally called the Miami Latin Boys). Gloria describes Flores and the gay clubs who took them under their wings in the ’80s as “cutting edge and very supportive of us and our music in the beginning.”

Gloria was spurred to action on behalf of the LGBTQ community around that time when AIDS took the lives of many of her dearest friends and music-business colleagues.

“In the ’80s, when the AIDS epidemic was huge, we were losing a lot of our top people, and people were becoming even more scared,” she recalls. “We lost many close friends and coworkers. I just think when someone is under attack, anything I can do to support them is a good thing.”

In a statement to press, Gloria said, “I feel incredibly honored to be receiving the National LGBTQ Task Force’s Leadership Award and feel doubly blessed that it [is] in my beautiful hometown, Miami Beach. I look forward to the day when no task forces are necessary in order to ensure that each individual is considered equal in every respect.”

Late last year, Gloria was recognized yet again for her unwavering support and empathy for every kind, becoming the first Cuban-American to receive the prestigious Kennedy Center Honor Award during the event’s 40th year.

Her now-out daughter, Emily, a fellow musician, attended with her girlfriend and performed Gloria’s inspirational official song for the 1996 Summer Olympics, “Reach,” a dreamer anthem with strong ties to people within the queer community. Two of Gloria’s biggest singles, “Always Tomorrow” and “Coming Out of the Dark,” have also long served as LGBTQ lifelines.

“[Gay people] tell me wonderful things, but not just because they happen to be gay, but because they were going through tough things in their lives, and my music inspired them to push forward or to stay positive in a situation,” Gloria says. “My fans… I have a lot of gay fans. I still look out into the audience and I have fans from 2 years old to 80. I have very young kids on my Twitter, young gay kids who for some reason my music speaks to them. Maybe the empowerment, or they use it to get through tough moments. That’s what music is about. That’s what makes me happy about getting to make music.”