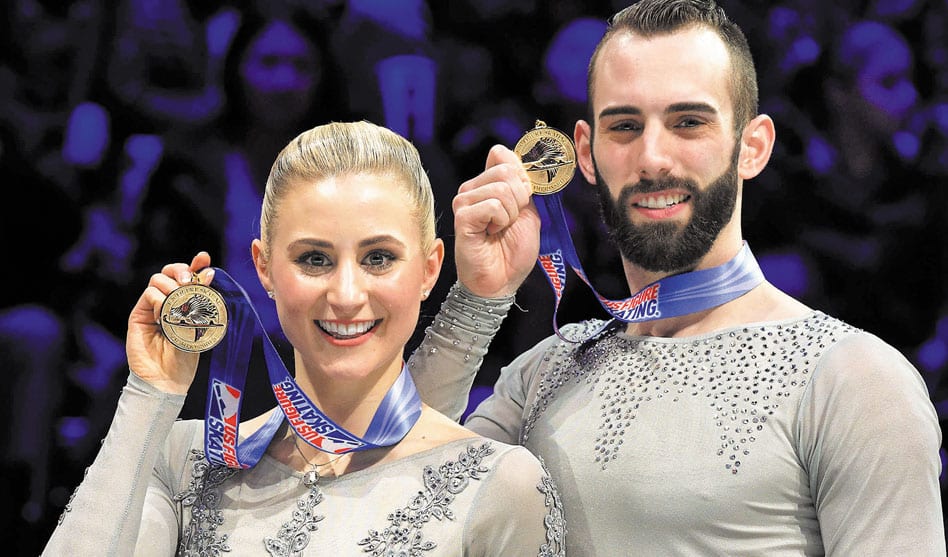 In an historic victory, the North Texas-based team of Ashley Cain and Timothy LeDuc annihilated the field on Jan. 25 to win their first U.S. National Pairs Figure Skating Championship. Delivering an elegant and commanding performance to music from the W.E. soundtrack by Abel Korzeniowski, Cain and LeDuc bested the field in convincing fashion and captured the gold medal by more than 10 points.

After only a few hours sleep, the openly-gay LeDuc was up early Sunday to face a long day of appearances, photo shoots, rehearsals and another performance in the Skating Spectacular that caps every National Championships. He still managed to find time to send a quick text message. 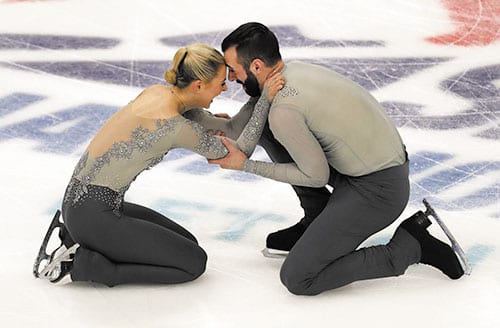 “OMG we won Nationals!!” wrote LeDuc. “It still hasn’t sunk in for us because we’ve dreamt of this for so long and it feels so good to finally have this title. We weren’t sure we’d even be able to compete here after the incident in December, but Ashley has been such a warrior through this recovery process, and her strength inspired me to push through the fear. We’re so grateful to everyone that has helped us on this journey back from six weeks ago. Our coaches and our team have been amazing!

“I’m very grateful and humbled to be the first openly-gay U.S. champion in figure skating,” LeDuc continued. “I stand on the shoulders of so many amazing athletes that have paved the way with their bravery so I can continue queer visibility in sports. We’re very excited to continue our season at the Four Continents Championships and the World Championships and to bring home some medals for Team USA!”

The incident LeDuc referred to above occurred while the two were competing at the Golden Spin of Zagreb. A fall on a lift element left Cain with a concussion and earned her a trip to a Croatian emergency room. Following required concussion protocol, she was off the ice for two weeks to heal before resuming training and being cleared to compete in Detroit. The rest, as they say, is now history. LeDuc made some history of his own. There are other gay champions in the sport, but they all came out after their competitive days were behind them. LeDuc is the first U.S. pairs skater to come out while under the glare and spotlight of elite-level competition.

With the World Championships in Japan in March and Four Continents starting in just over a week, the fierce and fabulous Cain & LeDuc have proven they’ve got the moxie and the mettle to bring home more medals. Gold rush!