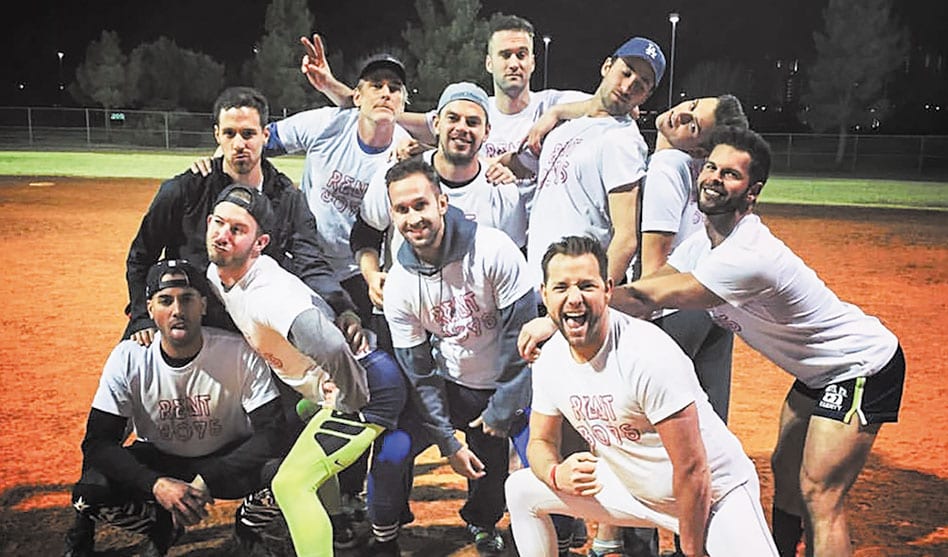 Varsity Gay League offers a social life outside the bars, and a chance to find the athlete within

Mat Shaw | Contributing Writer
nash@dallasvoice.com
Growing up, Los Angeles resident Will Hackner was unathletic and small for his age. But that didn’t stop him from growing up to start one of the largest LGBT sports organizations in the world.
When Hackner started Varsity Gay League in 2007, he wanted something more out of gay culture than the typical bar scene. While playing a game of Capture The Flag at the park, he found 50 like-minded people. Then through a combination of word-of-mouth, social media exposure and pure luck, the league expanded into more than eight cities and now has more than 8,000 members.
“A lot of the organization was sort of started selfishly, because I really wanted to play games with my friends, live that Peter Pan-complex lifestyle of playing games,” Hackner said. “It was kind of exciting for me on a personal level just to see all these people around the country who were so childlike, like me.”
Hackner intended the league to be a part-time gig while he continued to be a Hollywood producer. But even though he was happy with his career at Warner Bros, he was unhappy with his social life.
“The entertainment industry has really changed,” he said. “Now it’s supremely just focused on making money and creativity seems to be lacking.”
That lack of creativity deprived Hackner of one thing he said he has always loved doing: entertaining people. But, “When I switched to the Varsity Gay
League for the first time, I found I was still entertaining people in a different way,” he said. “It was like theater.” 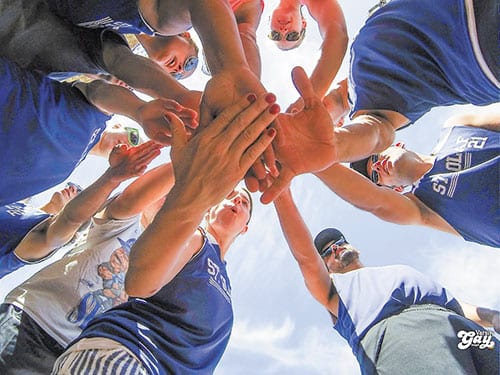 Disillusionment with the bar scene also played a part in inspiring the league, Hackner said. “We’re conditioned to socialize in bars because that’s the only place where we really live safe,” he said. “We go there for community; we go there to have fun. But a lot of times, it brings out some of the worst behaviors within ourselves the more we consume alcohol.”
Even though he is not opposed to the bar scene, Hackner said he feels it can be detrimental when it’s a community’s only option for socializing.
Currently, Varsity Gay League has a presence in 11 cities across the country, including Dallas and Austin. According to Hackner, there are nearly 9,000 members nationwide.
Kickball is the sport the league first launched with and is also the most common sport in all the chapters across the country. “We launched with kickball because it’s an underserved sport in most of the LGBT Varsity Gay League chapters also offer dodgeball, tennis, bowling, indoor and beach volleyball, soccer, ultimate frisbee, drag competitions, trivia, paintball and scavenger hunts.
“We’ve pretty much done almost anything you can imagine relatively within the organization,” Hackner said. “It’s always been under the veneer of what’s fun. My sensibilities are, ‘If I think it’s fun, then other people are going to think it’s fun.’”
Varsity Gay League is partnering with Camp No Counselors to host an LGBT summer camp next month in California. The camp, for adults only, will include an open bar and will benefit Camp Brave Trails, a summer camp for LGBT youth.
The league has also worked with Trevor Project. Hackner said he loves the idea of doing partnerships with LGBT youth. 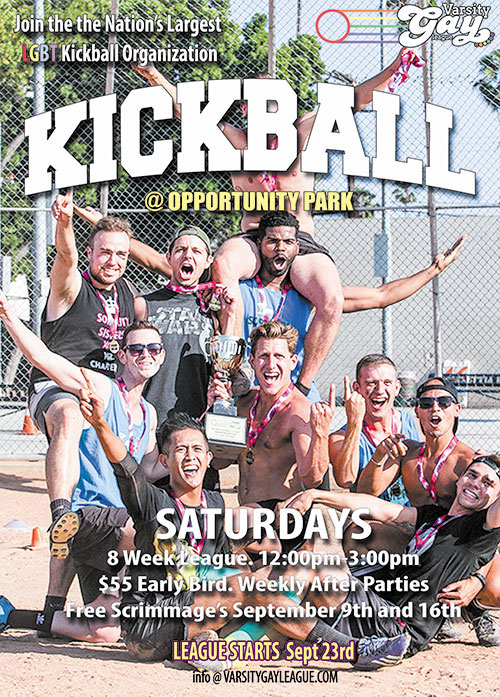 “It’s really important to me, as well, to remember what I was like at that age,” he said. “I went to a musical theater summer camp. If I had known then and was comfortable being out and proud at the summer camp, I think my experiences would have been so different.”
Hackner said he did not start puberty until he was 16, and was always bullied in school. He had no gay role models in his youth and did not come out until he was 19. He did not even play organized sports until age 24, when he played beach volleyball.
But he said he has seen all kinds of people with all kinds of body types excel in sports, from a 350-pound man doing the splits to tiny girls crucifying people in tennis. But one person who stands out to him in particular was a guy in Los Angeles who could not catch a ball no matter how hard he tried, despite coming to practice for eight months every week.
“He intellectualized the game to the point where he was able to compete, and finally someone threw a huge pop-fly,” he said. “It was a really big pop-fly that he kicked in the air and he caught it and everybody there stopped what they were doing. Every single person there applauded. It was so remarkable and wonderful to see a wide array of people celebrating somebody for something as simple as catching a ball.”
Varsity Gay League in Dallas offers kickball. For information visit VarsityGayLeague.com/dallas-kickball.
This article appeared in the Dallas Voice print edition September 15, 2017.