Get angry and Carrie on 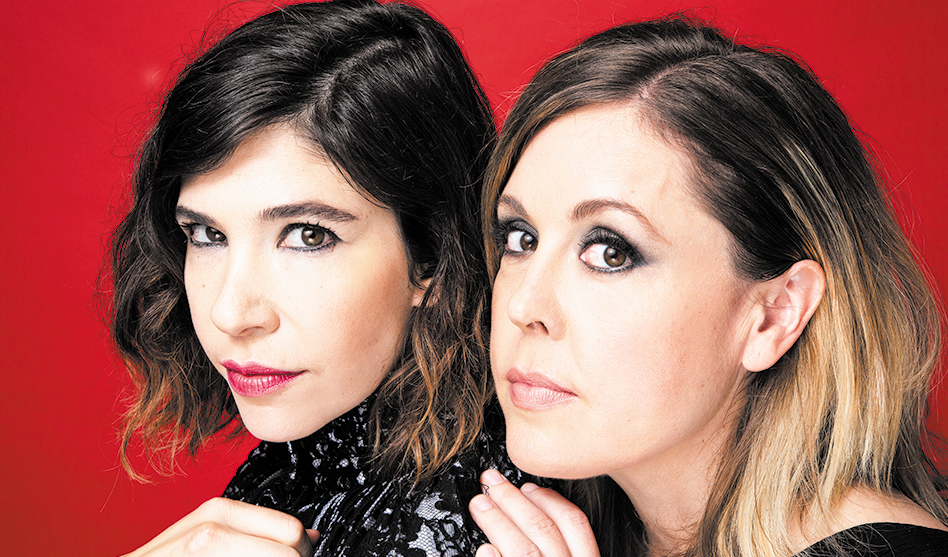 Before she became a comedy icon as one of the stars and co-creators of the quirky comedy show Portlandia, Carrie Brownstein was best known not for her acting, nor for her sense of humor, but for her guitar licks and anger issues. At age 21, she and Corin Tucker formed the band Sleater-Kinney, one of a slew of post-punk girl bands originating in Washington State associated with the underground movement known as riot grrrl, which put issues like reproductive freedom, queer rights, rape and female empowerment at the fore of their sound. For 11 years, Sleater-Kinney carved out a rep as one of the leading exponents of feminist music (both Brownstein and Tucker identify as LGBTQ).

After seven studio albums, however, Brownstein, Tucker and then-drummer Janet Weiss went “on hiatus,” each pursuing separate projects, until a reunion in 2015 put them back in the studio… and on the road. This August, S-K released its ninth album, The Center Won’t Hold.

The roll-out was not without its hiccups. While the topics seem familiar, the sound is new — more synth, more electronica, more … clarity.  Weiss suddenly left the band before the album was done (drums are definitely less in evidence on the disc). Purists might scoff, but long-time fans have embraced their evolution. Now Texas fans can see that Sleater-Kinney continues to perform with the same passion, even as the women move from the energy of their 20s to a more deliberate style in their 40s. Before their concert at the House of Blues on Nov. 8, we spoke with Brownstein about the new sound and the new tone of S-K, keeping music-making fresh and how being queer informs everything about the group. 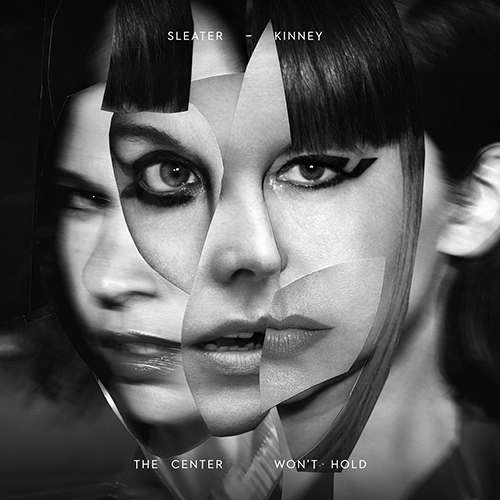 Dallas Voice: As I was preparing for this interview, Ric Ocasek of The Cars died, and I immediately began to recognize connections between The Cars and Sleater-Kinney. Does that seem correct? Were they an influence?  Carrie Brownstein: I think you couldn’t find any guitar-based band that wasn’t influenced by The Cars. They were always ahead of the curve; they had multiple singers and songwriters; their albums sounded different from year to year. But [through it all] there was such a plethora of amazing, indelible songs — sometimes with oblique lyrics but also plainspoken [ones]. They could vacillate between something sophisticated and something low-brow. Also, [Ric] had one of those voices that was very knowing, very cool. I think about [The Cars’ 1984 album] Heartbeat City in terms of our new album — you could feel them bringing in new influences, writing catchier songs, more electronic [production, as we have on The Center Won’t Hold]. It surprises people [when you do that] but it also  creates more space for yourself culturally. You say, our canvas is bigger and now we’re gonna have more fun. It’s really just laying down tracks — figuratively, not songs — so you can continue and not think in reductive ways.

When I was listening to The Center Won’t Hold, I was immediately struck by how identifiably different the sound was than on prior S-K albums. If you rose to prominence as a post-punk girl group, this sound could be called post New Wave. “Reach Out” sounds like it could even be a forgotten Madonna track. It’s far more produced and infused with electronica.  I think with every record we have definitely wanted to do something different. When The Woods came out [in 2005], a lot of people weren’t happy with the imprint on it. [The following year, S-K went on hiatus for nearly a decade.] On this record, there are a few things that have a New Wave/Depeche Mode sound. But we let the songs dictate the production. There’s a sense of freedom when we go into the studio. We are not interested in meeting people’s expectations. I’d prefer them to say, “This doesn’t sound like a Sleater-Kinney record” than “This sounds just like every other Sleater-Kinney record,” It’s about expanding the vocabulary. There’s [got to be] a new element on each record that we apply as we go forward — not feel limited but an expansiveness.

You have been associated with the riot grrrl movement. Is that something you still embrace, or do you feel it is reductionist and backward-looking?  In terms of the logistics, we did come out of a post-riot grrl era and out of a feminist community in Olympia, Wash., and the Northwest in general. The great thing about riot grrrl was the precedent [it] set — taking feminism out of an academic context and [moving it] to a more popular vernacular. But as an intersectionality, it was centered on white women and not as involved as it should have been in recognition of race and class. But it has been great at creating a more nuanced [understanding of] feminism. So definitely something I embrace in terms of legacy. But the current iteration [of feminism in music] is more inclusive, and it’s great to see it manifested. 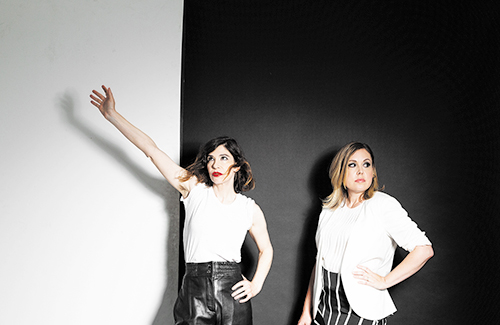 How is writing and performing politically-socially charged songs different in your 40s than it was in your 20s… or for that matter, in the Trump era?  There’s a lot on this record that has a sense of anger, but the mode in which it’s conveyed has a lot of multitudes. It’s more a reflection, a meditation on anger  — how anger affects the body metaphysically. It’s more we are addressing trauma and fractiousness and chaos. It speaks to connection and hope. It’s not a cynical record. I like making music in the present day, and that’s different now that I’m older. I like writing songs that speak more to where I’m at now, and hopefully, people will see themselves in it. That’s more honest than trying to recreate records from 15, 20 years ago.

You and Corin are both singers and guitarists. How do you decide lead on each song?  It’s pretty organic — more intuitive than deliberate. We know what the other person’s strengths are. Sometimes we’ll write guitar parts and have the other one sing over it. I still consider Corin’s voice the secret ingredient in our band — a love-it-or-hate-it voice. I love it, of course, and I always encourage her to be big. She decided [for this album] that she didn’t just want to be the screamer.

Janet Weiss, your longtime drummer, left the band suddenly this summer. How has that affected the dynamic, with two members instead of three?  It’s different and the same… if that makes sense. Corin and I started the band together, recorded the first two albums, then Janet joined [after]. But there [has always been] something very fundamental about the dynamic I had with Corin to the core of this band. Janet was great about navigating that tension between us, so it was really hard [when she left], but at the same time the collaborative relationship with Corin is the one I was always [cultivated].

You and Corin have both identified as bisexual; does that inform your music at all?  I would identify more as queer than bisexual. I like looking at things through a queer lens and the queering of culture. I like things that are neither-nor, or possess a sense of “both” but that are pulling from the margin and upending ideas of heteronormativity… or even homonormativity. That [standpoint] definitely affects the songwriting — whether lyrically or musically it occupies a space that is “other.” I think we would be hard pressed [to deny] there something different about [Sleater-Kinney]. Our ineffable quality [is our queerness].

Austin is sometimes considered the Portland of Texas, but what do you think of Dallas?  I love Dallas. I’ve been there a couple of times. St. Vincent is from Dallas and has been a friend for many years. I’ve been to Resident Taqueria and all around — it’s a great city with great restaurants and arts. I think people who aren’t from [Texas] think Austin is the only hip city, but Dallas has a lot going for it.

Yes, Dallas was recently named by Gourmet magazine “best restaurant city in America.”  Well, I think Portland would have something to say about that.