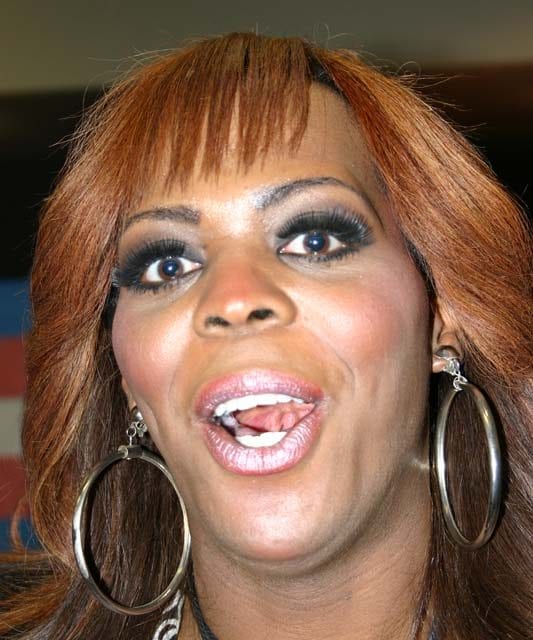 GEAR, the Resource Center’s transgender program, presented awards and scholarships on Saturday at the 2014 GEAR Awards Reception to some of its members. San Francisco Human Rights Commission Executive Director Theresa Sparks spoke to the attendees, who numbered about 100.

“I had a rough time of it, and I wanted to pay it forward,” Marsden said as she accepted her award.

Katie Sprinkle began a legal clinic to help trans people navigate through the legal issues they will deal with. GEAR coordinator Blair High said the only other city with something comparable is New York. Sprinkle was also given and award for service to the community.

The next GEAR legal clinic is Wednesday, April 2. Anyone who would like an appointment should call 214-540-4498 to reserve time for a free 20-minute session with Sprinkle, who is an attorney.

Ann Marie, who started a job clinic for GEAR members, was also given a service award. The unemployment rate is exceptionally high in the trans community, and many members lose their jobs as they begin to transition.

Ally awards were given to American Specialty Pharmacy and Dr. Patrick Daly. The pharmacy set up a scholarship program to cover the cost of hormone therapy for two GEAR members. Daly runs a monthly clinic for GEAR and works with trans patients in his practice.

Despite some gloomy statistics, Sparks gave an optimistic talk about being your authentic self. Although trans people face high unemployment rates, face family rejection, are harassed in public accommodation and by the police and 41 percent have attempted or contemplated suicide, “Things are getting better,” Sparks said.

She cited a recent legal case that was decided and rules that trans people can’t be discriminated against in federal jobs. The Affordable Care Act made health insurance available to many trans people for the first time. The Department of Justice published nationwide training curricula for police on trans issues. In California, a new law allows trans students to use the bathroom, join a fraternity or sorority or a sports team for the gender they identify.

After Sparks told her story of going from CEO of an international corporation with thousands of people working for her to taxi driver after she transitioned and then back to another CEO position before heading the Human Rights Commission, she gave some advice.

“You can be who you are,” she said. “We need to come out to ourselves and love ourselves. Embrace it. You’re a very special person,” she said.