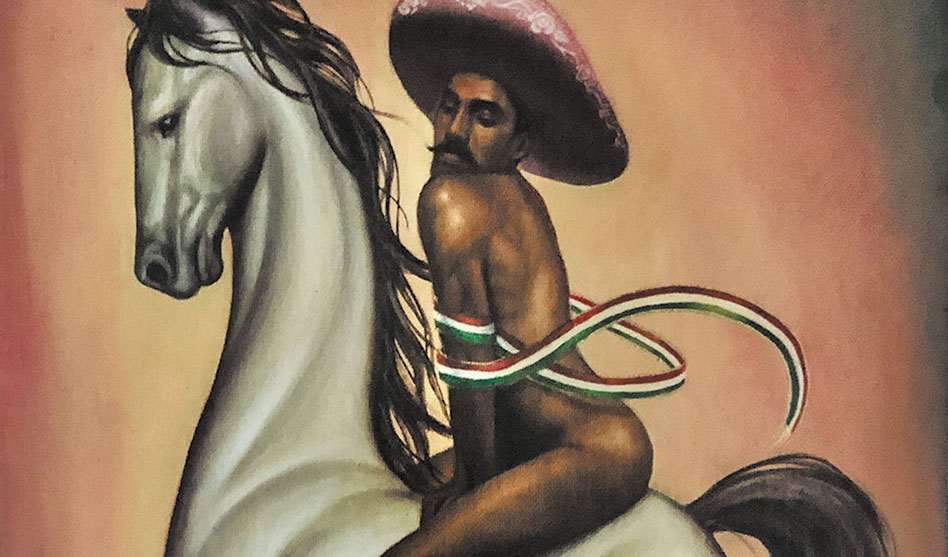 MÉXICO CITY — The Palacio de Bellas Artes opened its exhibition “Emilano — Zapata después de Zapata” (Emilano — Zapata after Zapata) last month without much fanfare. There are more than 130 art works in the exhibit paying homage to Emilano Zapata, one of the leading generals during the Mexican Revolution. 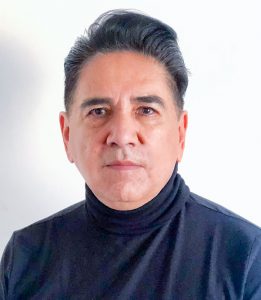 But one small, 11-inch-by-14-inch piece by Fabian Chairez (no relation), titled “La Revolucion,” has caused a big uproar in Mexico because the painting depicts Zapata as feminine and nude, wearing a pink sombrero and high heels shaped like pistols and riding a white horse with an erection. The curator of the exhibit stirred controversy when he used that painting to promote the exhibit.

Zapata’s family got very upset, and his grandson and a hundred of his supporters — campesinos (farmers) — stormed the museum of Bellas Artes Dec. 10, demanding that the painting be removed. Some campesinos even wanted to burn the painting. The Zapata family went so far as to threaten to sue the artist and the museum.

I was at the museum trying to view the exhibit when the campesinos were there, but the exhibit was closed for fear someone would damage the Chairez painting. As I walked amongst the crowd taking photos, the crowd’s anger at seeing their hero depicted as gay and feminine was obvious. As a gay man and a supporter of Chairez, I thought it best to leave; it appeared the crowd was after blood.

After I left, a small group of young gay men went to the museum to show their support for Fabian Chairez; but they fled when the campesinos attacked and began beating them. Then the museum closed entirely.

The LGBT community issued a call to stage a counter-protest. Mexico’s President Andrés Manuel López Obrador intervened, and the two sides reached a compromise in which the Chairez painting was kept in the exhibit but with a displeasure disclaimer by the Zapata family placed next to it, and the agreement the image would no longer be used to publicize the exhibit.

On Dec. 13, about 500 LGBT people and art lovers gathered on the front steps of the museum to support Fabian Chairez and the exhibit curator, Luis Vargas Santiago, and to fight for artistic freedom in a diverse and fair society and of course to fight homophobia. There were a lot of people — men and women — dressed in Zapata drag, many even wearing thick, black stick-on mustaches.

Fabian Chairez came dressed conservatively rather than in the fabulous drag for which he is famous. He thanked everyone for their support in an emotional speech that included his displeasure that a disclaimer would be used alongside his painting and that his image would no longer used for publicizing the event.
Further evidencing the homophobia behind the Zapata family’s protests, nothing was said about two other paintings depicting Zapata in unflattering terms: one with Zapata as the racist cartoon character Speedy Gonzalez and one with Zapata dressed as a Mexican cleaning lady.

Queer artist Michael Swank, now living in Mexico City, said he was “was thrilled it was an example of non-violent civil disobedience to contrast the feministas in recent history,” adding, “I think the entire thing is blown out of proportion, but then the only way an artist gets attention is if they die tragically or perform some act of ‘activism’ that upsets the norm. I don’t begrudge Fabian’s moment in the spotlight, but I wish it were for his better work.”

Fronteras on KNON 89.3 FM and is author of the book, Queer Brown Voices,” a collective of Personal Narratives of Latina/o Activism. Reach him at Facebook.com/JesusChairez. 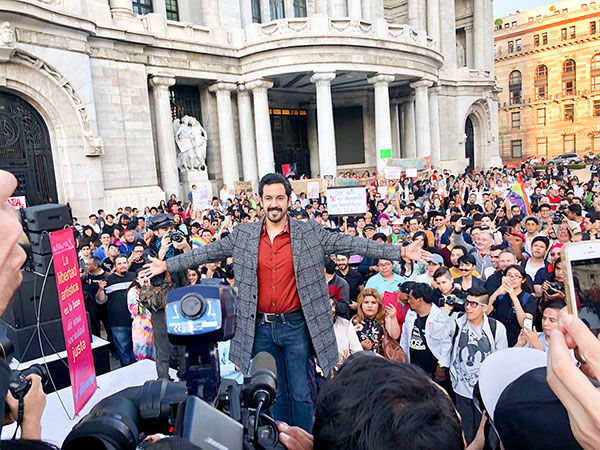 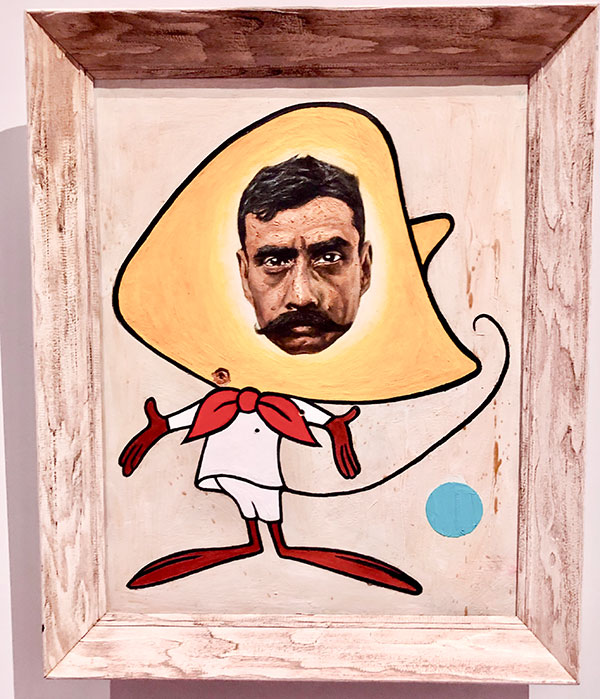 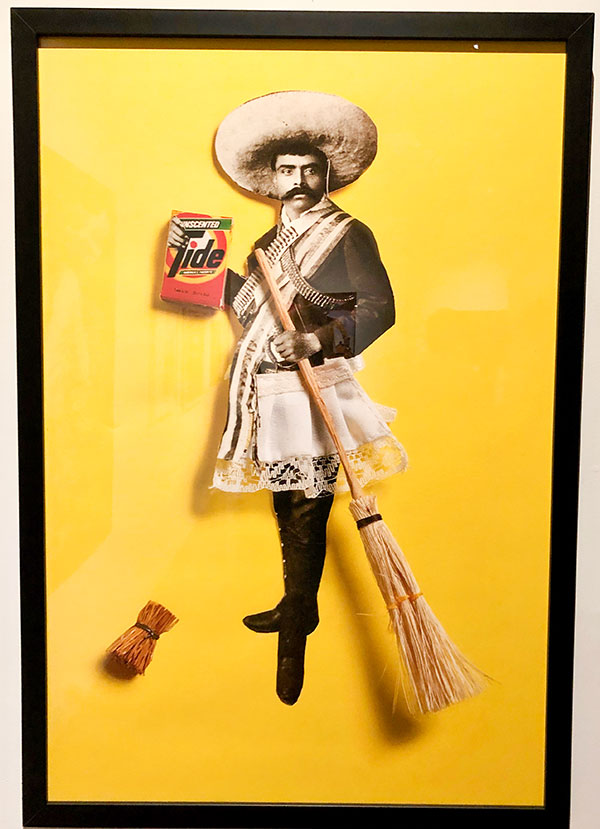 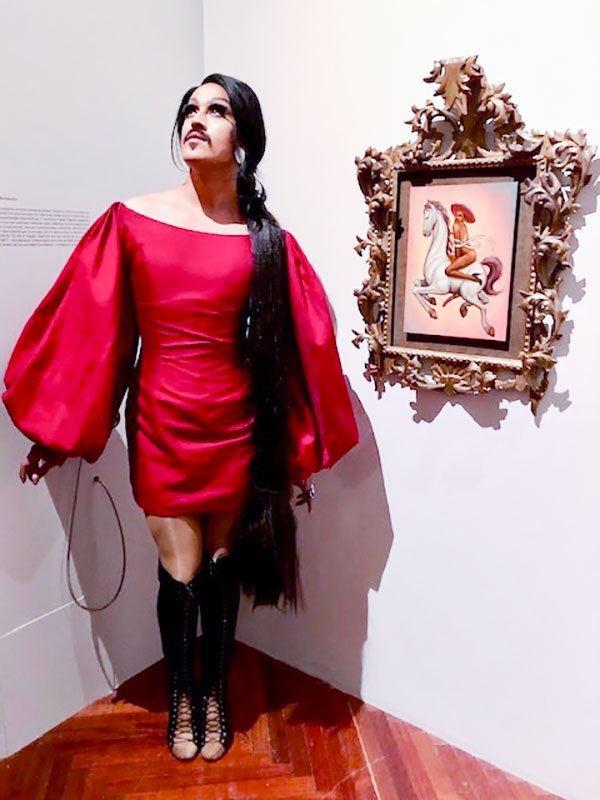 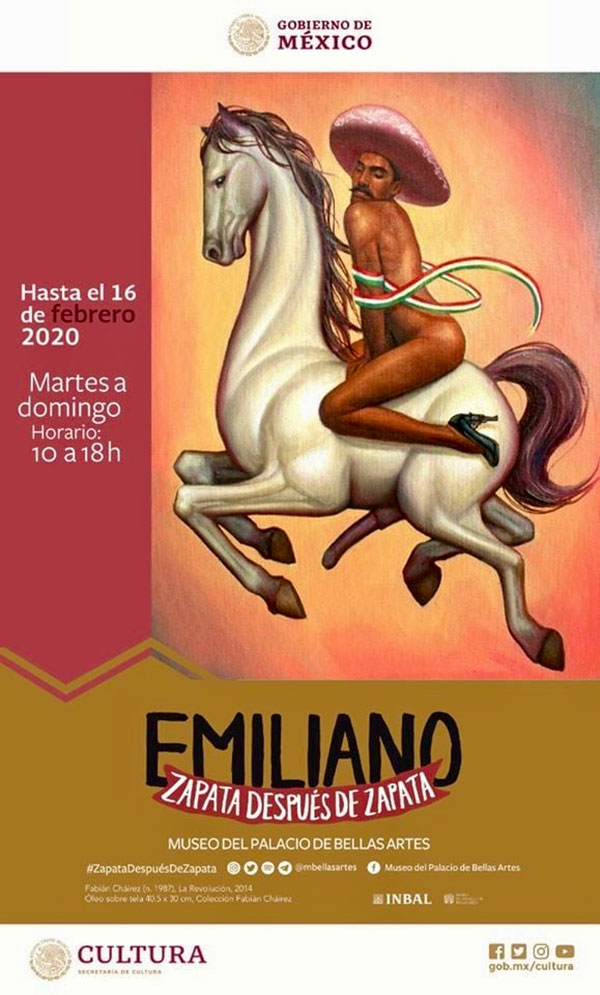 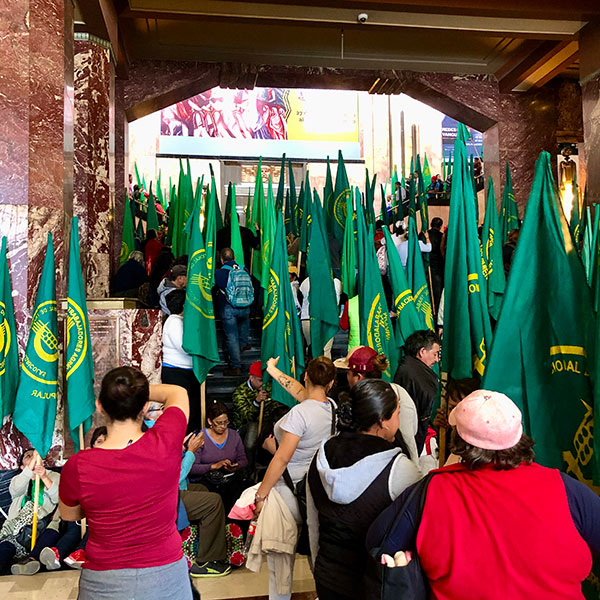