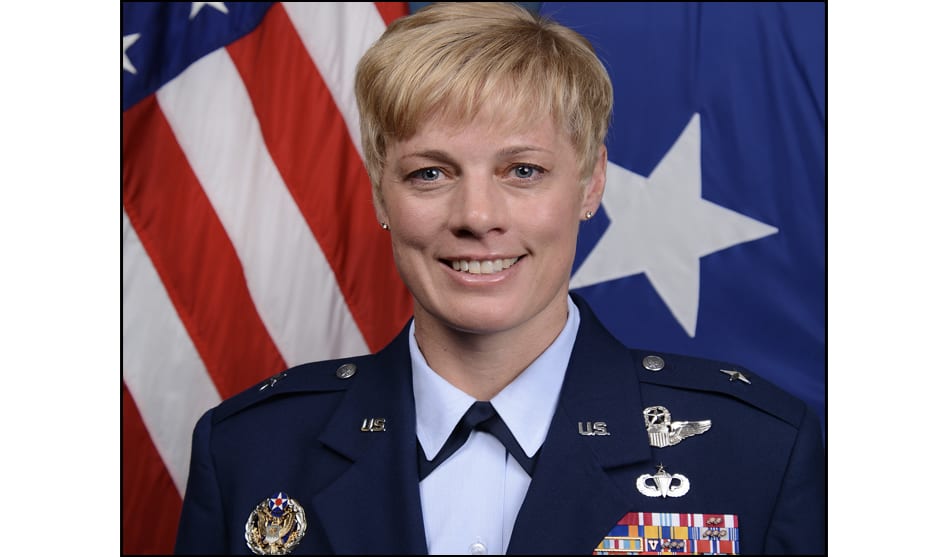 The U.S. Air Force Academy has removed its commandant of cadets amid an investigation, according to reports from the Associated Press and other sources, but officials have not released any details.

The Colorado Springs Gazette, the first outlet to report the general’s dismissal, said Monday, April 28, that Brig. Gen. Kristin Goodwin, the first openly-gay general at the academy, was relieved from her duties as head of military training at the school. Goodwin is the first commandant of cadets at the academy to be relieved of command since 2003, when a general was fired for comments that suggested a cadet invited sexual assault.

The move came a month before Goodwin was to be transferred to another job at the Pentagon. It was unclear if she would still take that position. Goodwin’s replacement, Brig. Gen. Michele Edmondson, is expected to take over in May after the academy graduation.

A U.S. official reportedly told NPR that there have been “climate and leadership issues” at the academy. An NPR article on Goodwin’s dismissal noted: “The U.S. military defines command climate as the culture of a unit, the way a unit conducts business. Unit leaders are responsible for the command climate, and they establish that climate by what they say and do.”

According to the Gazette, Goodwin is a former B-52 bomber pilot who moved to the academy with her wife and children. The newspaper reports that she has had a “stormy relationship with subordinates and colleagues,” and that while she has been praised for setting tough disciplinary policies, she has also been criticized for being “a caustic leader who treated those under her roughly and was easily riled,” according to unnamed academy officers.