Garbage in, legs out 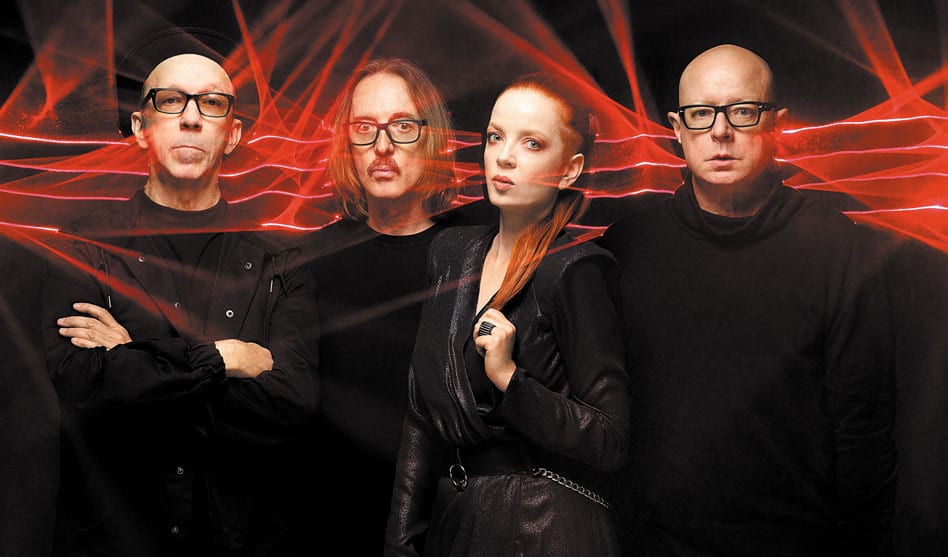 Alt rock frontwoman Shirley Manson, on an historic anniversary tour, is outspoken as ever

In the 1970s and early ‘80s, it wasn’t unusual for rock bands to adopt aggressively unmarketable names, and/or fronted by punky female singers with voices designed for arenas and moshpit, not cabarets and concert halls: Patti Smith, Debbie Harry, Joan Jett, Chrissie Hynde, Elizabeth Fraser. It was alternative rock at its most alternative.

But from the mid 1980s through much of the 1990s, when grunge took root, the women seemed to all but disappear and the men simply took over: Chris Cornell, Kurt Cobain, Shannon Hoon, Scott Weiland, Layne Staley, Trent Reznor, Eddie Vedder, Perry Farrell, Billy Corgan. (More than half of those men have died of drug overdoses and/or suicide.) The only female-led bands of the era that embraced that retro aesthetic with commercial success? Courtney Love of Hole and Shirley Manson of Garbage. And only one of those was really, really talented.

On “I’m Only Happy When It Rains,” “Stupid Girl,” even the James Bond theme “The World Is Not Enough,” Manson’s contralto skirted rock and dreamwave, grunge and pop. Which is also true on Garbage’s second studio album, Version 2.0, which came out 20 years ago. Manson’s singing on “Special,” “I Think I’m Paranoid” and “Push It” has become iconic, and made her both a rock goddess and a feminist (and queer) icon.

Prior to Garbage’s anniversary concert celebrating Version 2.0 at the House of Blue this week, we chatted with Manson about her embrace of the gay community, her lack of interest in love songs and how different music is in a world of social media.

Dallas Voice: A few years ago, you did a 20 Years of Queer Tour. You even released a song named “Queer,” which has become an LGBT anthem. What has always led you to support gay issues and causes and identities? Shirley Manson: I’m not entirely sure, other than I think that, when I grew up, I was nonconforming in a funny way. When you’re young, you instinctively find “your people,” and a lot of my friends were gay. We were are all going to clubs and hanging out [and were supportive of me], so they have always had my loved and support in return. I feel a great kinship [for gay culture]. I’ve always considered the LGBT community to be progressive for obvious reasons. It’s just my stomping ground.
You were a vocal ally before it was as commonplace as it is now. Did you get any negative feedback from fans or promoters? Occasionally, but to be honest, I was always so forthright in my beliefs that we only attracted like-minded people. I spoke openly of our love and support for the LGBTQ community  … I mean, we had a song [“Queer”] that was a flag-bearer! Mercifully, it was a time when social media didn’t exist, so access to commonplace criticism didn’t exist. Now [musicians] are subjected to an onslaught of negative feedback in any spectrum. Back then, you were shielded from it aside from occasional comments on the street.

Do you think Garbage would have been the same if you came along 20 years later? Do you think it’s harder for younger musicians to be who they need to be in the face of trolling and such? It’s an interesting question, because I am a very strong individual who was taught by her parents to stand up against arguments, but I also don’t take it personally when someone pushes back. But I think young artists get intimidated when they get pushback and they can sometimes crumble. Social media is still so new it has taken human beings a while to get accustomed to the immediacy of their comments. I think that’s beginning to change though — people understand trolling and bots are part of the job, even just in the last five years. People are evolving, and if [the troll continues], fuck ’em all!

Has your voice — or your attitude, or your interpretations — changed since you first recorded the songs on this album? If they hadn’t, that would be really tragic, wouldn’t it? I’m a more skilled singer than I have ever been and I sing those songs with a lot more ease — they used to be more challenging. When we released our second record we were adults — looking back, I can’t imagine people who were younger [than we were] when they initially emerged. In some ways, our philosophies were cemented. My relation to the songs were personal and true [then], and I am singing songs that are authentic to ourselves [now as well]. We weren’t singing about kissing boys behind the shed. At 52, I can still related to songs I wrote when I was 30.

Garbage has always been difficult to characterize — post-punk, electronica, grunge, dream pop and just rock. Do you think in such characterizations or try to avoid it? I think it’s a bit of both. Part of that was by design, in that we never wanted to get shoved in a genre cage where the doors would be locked forever. We needed all doors and windows open, so we could escape into whatever [genre] we wanted. But we have not been stuck with a particular [music] scene. It used to bother me that we never fit in any movement, or with any festival bill … but now I think we’re free. We can appear at an alt rock festival or a heavy metal festival — we fit everywhere or anywhere. I’m not gonna be restricted by anyone and told what I can and cannot sing or how I can present myself. I’ve wanted to be a musician because it afforded me freedom and I’ll be damned if I’ll get my wings clipped by critics or fans now. I feel like life is too short. I’m done crossing my legs and making myself small. I’m gonna support the things I want to support and spread my legs and take up space.

Yeah, imagine if it were 20 years later and you were singing, “Girl, you know I love you girl…” Oh bless! It would be really, really gross. But I was never that girl anyway, I was never oriented to [romantic] love. I don’t know if there’s a love song in the hundreds of songs in our catalogue! Maybe our next record should address that. I’ve just never found love affairs particularly interesting … Don’t tell my husband!