For many years, GALECA: The Society of LGBTQ Entertainment Critics (of which I am a voting member), has presented its Dorian Awards annually for achievements in film, TV and culture — historically, all at the same time. But for 2020, the group decided to peel off the TV awards to reflect the traditional TV season (the Emmys are Sunday) and present its awards this past weekend. The society always invites potentially honorees to join in a toast, and this year, that was done virtually, with many winners sharing their appreciation with the group. Hugh Jackman, Janelle Monáe, Billy Porter, John Oliver, Dan Levy, plus stars and producers of Killing Eve and Watchmen, offered heartfelt thanks as th 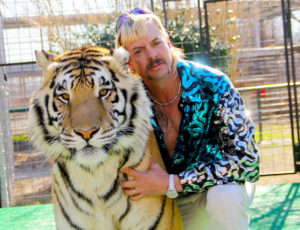 The alternate-universe adventure Watchmen took two awards: Best TV Movie or Limited Series and Most Visually Striking Show. Showrunner Damon Lindelof was somber in accepting Watchmen’s chief award. “I know the Dorians celebrate all kinds of film and TV shows that don’t necessarily need to be LGBTQ-themed, but we take particular pride in the fact that there is a queer character at the very center of Watchmen: Will Reeves,” he said. “We started this story by asking a simple question: Why would a superhero need to hide their face? If they were truly fighting for justice, the answer seemed obvious: Because the world wasn’t ready to see who they really were. And so Watchman became this story about unmasking, about understanding the pain and trauma caused by ignorance and hate.”

Monáe, accepting her joint-win with singer-actor Billy Porter for Best TV Musical Performance for their dazzling duet at the start of last February’s Academy Awards, said the experience of performing that night “was a dream” and that, when it came to asking Porter to join her, “There was no other person I could think about sharing that stage with.”

The uplifting sixth and final season of Schitt’s Creek scored five Dorians. The scrappy farce won Best TV Comedy and Best LGBTQ TV Show (just as the show did for Season 4). There were other winky moments:

• Vilanch, presenting that Campiest show category, opined of nominee Dolly Parton’s Heartstrings, “The title alone! Can Dolly find her heartstrings under all that boob?”

• Chad Michaels,  known for impersonating Cher to perfection, was a novel choice to announce the Most Visually Striking Show category.

Starting under the original banner Gay and Lesbian Entertainment Critics Association, GALECA’s Dorian Awards have gone to the best of all of film and TV — not only LGBTQ-themed — since 2010.

Everything’s Gonna Be Okay (Freeform)
Gentefied (Netflix)
The Good Fight (CBS All Access)
Mrs. Fletcher (HBO)
One Day at a Time (Pop)
Vida (Starz)
What We Do in the Shadows (FX)
Work in Progress (Showtime)