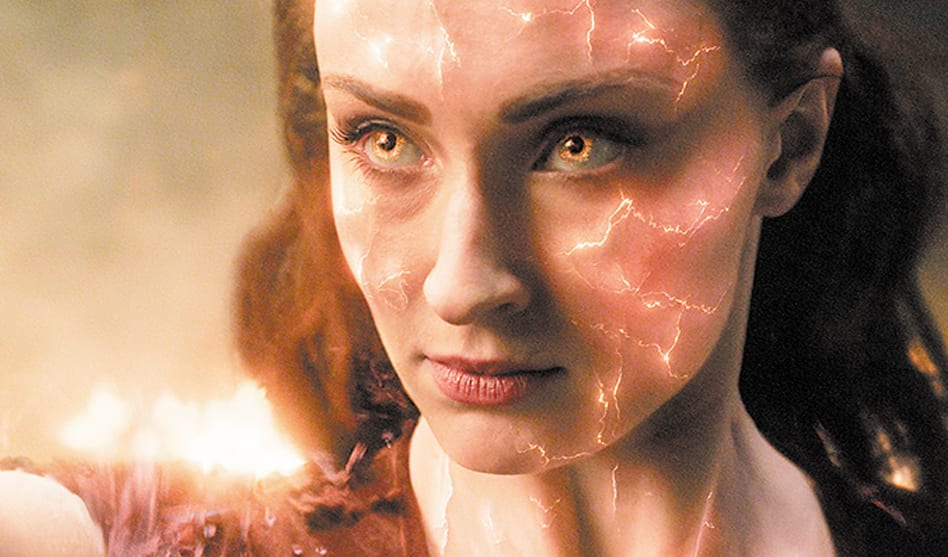 X-Men movie ‘Dark Phoenix’ misses its mark; documentary about fashion designer ‘Halston’ gets into the mind of a radical

For decades, the term “comic book movie” was a derisive epithet, a shorthand for calling a fantasy-action film colorful but two-dimensional, silly, single-layered story with minimal character development. The form, of course, has evolved since Tim Burton’s Batman to more socially and culturally aware adventure films, some with real emotional heft, culminating recently most with Avengers: Endgame. Then a movie like Dark Phoenix comes along and slides back on the continuum.

The first trilogy of X-Men movies cleverly uses the term “mutants” as a euphemism for “queer” — the fear of others who seemed different but wanted the same things. (It wasn’t a coincidence that it starred Ian McKellen and was directed by Bryan Singer.) Then along came the prequels — First Class, Days of Future Past and Apocalypse — with a younger cast and a reset of the characters and timeline we knew. That’s a tad confusing (especially since they only make one film every three years or so, not three a year like in the MCU). Dark Phoenix presumes not only that you remember a lot about what timeline we are currently in and have forgotten the first three films, but also that you make huge leaps of faith to follow the current plot.

That might not be a stretch for some fanboys; I attended the screening with one, and he was satisfied by the movie.

Even he conceded, though, that there were sluggish points and gaps in logic and storytelling. He was willing to fill in the gaps with adolescent enthusiasm; I was not.

The plot actually feels familiar. In 1992, some mutants go on a mission to save a disabled shuttle. During the rescue, super-psychic Jean Grey (Sophie Turner) is exposed (a la Fantastic Four) to an entity that doesn’t kill her but imbues her with heretofore unrivaled powers of telekinesis. She becomes a raging id, angry at Professor Xavier (James McAvoy) for hiding facts about her past and goes on a rampage that makes less sense than a khaleesi on a dragon-fueled bender. She kills one of her mutant buddies and roams the earth seeking meaning.

I didn’t buy a second of it.

I’m almost amazed I was expected to. Veteran X-Men screenwriter Simon Kinberg becomes only the second person ever to solo write and direct a major superhero film in recent decades, the other being David Ayer and Suicide Squad… and we all know how that turned out. He can’t check his own shortcomings; as a first-time director, he needs to work on pacing and editing more (it’s choppy and uneven). And Turner’s droopy, soulless performance as Jean serves the same function as, say, a raptor in a Jurassic film, though she’s less emotionally accessible. Crucial to the plot is an alien race, but their existence, powers and motivations are never explained, so poor Jessica Chastain merely chases Turner, looking mean and slightly embarrassed. Eventually, the story becomes a sanctimonious battle between disgruntled mutants who face off then pair up faster than lesbians at an Indigo Girls concert. The ending holds the door open for future adventures but not in any triumphant way — like Professor X, Dark Phoenix can’t stand on its own. 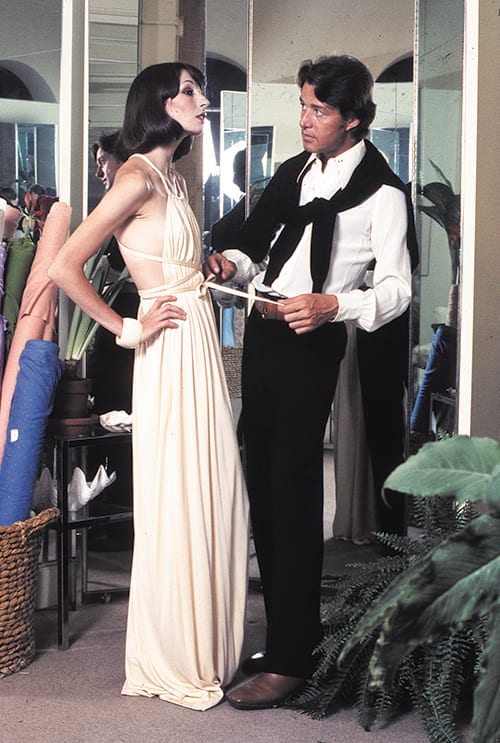 The designer works with his model — an aspiring actress named Anjelica Huston.

We are living in an age of passable fashion trends (Instagram influencers and retailers like H&M have made couture quick, fun, disposable) but unbridled excitement in fashion movies. In the last decade alone, we’ve had documentaries (many good ones, at that) of Valentino, Dior, McQueen, Lagerfeld, Posen, Westwood, Orry-Kelly and more; profiles of style mavens like Anna Wintour, Andre Leon Talley, Diana Vreeland and Iris Apfel, and even photographers like Bill Cunningham and Annie Liebovitz and makeup artist Kevyn Aucoin. That’s not even counting the fictionalized films (two apiece about Chanel and YSL!). The hook, especially when it comes to the designers, is usually a combination of genius and hubris. Sometimes, the collision feels immediate (the suicide of Alexander McQueen); others, it’s a tale of creativity fueled by excess — early success that snowballs into drugs, bad decision-making, easy sex and financial ruin. Often, they bounce back. (We love a tale of redemption in the movies … more so in real-life documentaries).

The new doc Halston does an excellent job at hitting all those highlights, not in a programmatic way, but in an unflinching one.

It’s something the director, Frederic Tcheng, has some facility with. He was a cameraman on Valentino: The Last Emperor and directed or co-directed Dior and I and Diana Vreeland: The Eye Has to Travel, so he feels at home in the world of runways and ateliers. And his preoccupation with dead designers means he knows how to dig for archival footage as well as interview living folks who can recall the person and the time in vivid details.

All of that is present in Halston, as well as a few reenactments and fictional first-personish narration by Tavi Gevinson. And what all of it does best is place the Iowa farmboy-cum-hat salesman at Bergdorf’s-cum revolutionary minimalist dressmaker the one inescapable designer of the 1970s.

He came along at an opportune time, as the sexual revolution was making casual, sexy clothes more acceptable, and disco meant comfort was a selling point. He pioneered cutting against the bias, draping elaborate cuts in fabrics like ultrasuede and nylon and having his models not encumber their bodies with underwear. He created a ready-to-wear line when that was seen as suicidal to serious fashion (it was back then; he was ahead of his time), while his addiction and micromanagement got the better of him. And he died, as many his age did, of complications from HIV before he could mount a serious comeback.

But Tcheng doesn’t present it as a cautionary tale so much as a profile in courage — a Midwesterner who came to the big city, changed his accent and revolutionized the way we dress. The ending was tragic, but the life? Well, the legacy lives on.