From ‘scream queen’ to healer 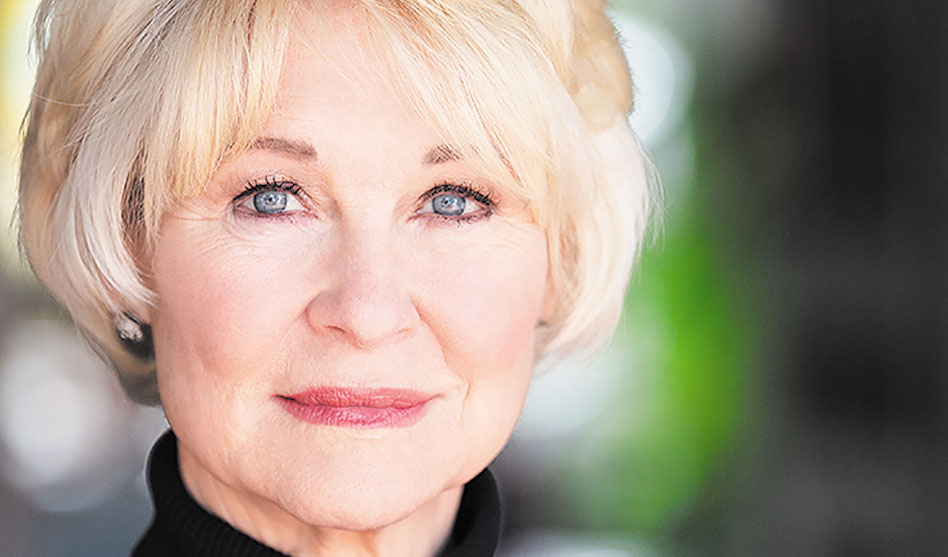 Dee Wallace is most famous for her acting, but it is her healing path that got her there

It’s been a tough couple of years, especially for folks in the entertainment industry, as COVID-19 forced shut-downs and delays everywhere from movie sets to theaters. But not for Dee Wallace; she has been just as busy as ever, if not more so.

Wallace was in North Texas recently to film Incubus: New Beginnings, written and directed by local filmmaker Terry Aderholt. But it was a quick trip, and then she was on her way to the next set. And if you check out Wallace’s entry on the IMDB website — which is a little bit outdated, since it lists Incubus as being in pre-production when it actually wrapped up filming this week in Granbury — it shows that Wallace has been involved with 13 movies that either were just completed, are in the post-production stage or are in the pre-production stage — just in 2022 alone.

That’s not even counting the three movies and two TV series she was part of in 2021.

But there’s more to her schedule than movies and TV series and podcasts. Wallace also published her seventh book last year. And she has a whole other career as a healer, teaching the art of self-creation.

INCUBUS: A New Beginning
Local filmmaker Terry Aderholt and his crew wrapped up filming for Incubus: A New Beginning, written and directed by Aderholt, this week in Granbury. The movie is a “horror film with comedy” about a group of former college friends who reunite at a lake house to vacation together, only to find themselves terrorized by an incubus demon who wants to steal their babies and drag them back to hell. It features a gay male lead character as well as a lesbian couple.

This is Aderholt’s feature film debut as producer/writer/director. Israel Luna mentored him and served as producer, DP and editor. The film’s executive producers are Stu Alson and Nicole Holland of ITN Distribution.

Incubus will premiere in Dallas in October and will begin streaming on various online platforms some time at the end of this year. The film will be distributed by ITN Distribution worldwide and will be on Walmart shelves.

Wallace grew up in Kansas City, Kan., earned her degree from the University of Kansas and started her grown-up life as a high school teacher. But then she moved to New York City where she studied with Uta Hagen before moving to Los Angeles where, she says on her website, she found her mentor, Charles Conrad.

Wallace has more than 200 film and TV credits to her name in a career spanning — so far — nearly 50 years. Throughout the 1970s, she appeared in a number of TV series and TV movies.

And she was Mary Lewis, the woman with whom lead character George (Dudley Weber) almost has a fling with in the hit movie 10 that also starred Julie Andrews and Bo Derek.

But it was the early 1980s when her movie career really took off, and it was her role as TV anchor Karen White in The Howling that put her on the path to becoming one of Hollywood’s premier “scream queens” and a horror movie icon.

It was also in the 1980s that Wallace cemented her place as the on-screen mom who would move heaven and earth to protect her children, even that funny-looking foster child who definitely wasn’t from around here. She was Mary, the mom of Elliott and Gertie and temporary foster mom of that big-headed alien in the mega-hit E.T. the Extra-Terrestrial in 1982. The next year, Wallace was Donna Trenton, the mom who fought off a raging rabid St. Bernard to save her son in Cujo.

Saying that Cujo is probably her favorite of all the films she has made, Wallace said, “I did both E.T. and Cujo before I had any kids of my own. But I had a mother who was, for all practical purposes, a single mom. My dad was a severe alcoholic, so I was raised by this incredibly strong woman who, against all the odds, raised three amazingly successful kids.

Incubus
Wallace’s resume is chock-full of big budget films like E.T., but there are plenty of not-so-big-budget movies on there, too. That’s because she doesn’t base her decisions on budget. She agreed to appear in Incubus, she said, “Because I just really liked the script.

“I read the script, and it is just very unique. And I loved the part,” she said of her role as Zura Valentine, the exorcist called in when a demon threatens a group of friends who have come together to support one of their number who is going through a divorce.

“And Terry [Aderholt, the writer and director] was just so very lovely and genuine, and I’ve loved working with him, and everyone on the set. It means a lot to me to work with nice people, and these have been nice people,” Wallace said of her time on the Incubus set in Granbury.

“Sometimes — not always, but sometimes — the bigger-budget films have so much going on that the personal element gets lost. I have been very, very, very fortunate on the director front.”

Wallace continued, “I have had so many amazing directors. I can tell you that I will always have a deep place of love in my heart for Peter Jackson. My husband [actor Christopher Stone] died during the shooting of The Frighteners [in 1995]. They flew me back home and then waited until

I could come back and finish shooting. [Jackson] took care of all the flights for me — four times in two weeks. He is just genuinely a man who cares about everybody that works for him.

“I loved working for Blake Edwards [in 10]. That was really the beginning for me. And Lewis Teague — I have just worked with a lot of great directors. I have been very lucky,” she added.

The healing path
Throughout her career as an actor, Wallace has been also walking the path toward becoming a healer. It is, she said, a path that started when she was a child.

“I have been channeling since I was a little girl,” she said. “Everybody can channel. It’s not some big woo-woo thing. It’s just a matter of tapping into all the stuff hanging out in the universe. Little children do it all the time.

“I had a lot of experiences as a child,” she continued. “My dad visited me as a light after he passed. And then I got a message once from my grandmother that I was in danger. I got up at 3 a.m., and the gas was on in the oven.”

Then she met Christopher Stone, the man she married in 1980 and remained married to until his sudden death in 1995. He was, she said, very involved in philosophy, and through him she discovered Conceptology, a spiritual philosophy that first began developing in the 1930s that is “all about consciously creating your life.” She also found the Science of the Mind Church — “it is NOT Scientology!” she stressed — which she described as “another Christian faith that teaches that your thoughts create your reality.”

She had just started her own acting studio in 1995, she said, when her husband passed away.

“That’s what just blew everything open,” Wallace said. “As the Good Book says, ‘ask and you will receive.’ So I did.”

Wallace said she started teaching at her studio and “started getting all these downloads about where people’s blocks where. And I created these sheets that I still work with today.” What she learned, she said, is that when you just get out of your own way, good things will happen.

“When I started to channel then, I went, ‘Oh my god! I’ve been doing this my whole life!’

Charles Conrad taught this amazing technique where you come into a role with no ideas. You get your energy incredibly high, and then you throw your energy onto the person you are working with.

Seeing things the way they should be, the way you want them to be is the key, Wallace said. “You cannot accept anyone else’s limitations on you. You can’t accept their limiting beliefs, their fears.

You are in charge of creating yourself. You have to choose the thoughts and the beliefs you want to live.”

Each of Wallace’s seven books focuses on this idea of using your thoughts and beliefs to create the life you want to live and the person you want to be. Her most recent book, Born: Giving Birth to a New You, came to her when the world was shutting down in the pandemic.

When all the studios closed down in 2020, Wallace said her first thought was how could she continue to create with that outlet closed to her. And then she changed her way of thinking from

“One week I created a short horror film for all our fans, Stay Home. And then one day, my channels said, ‘Write the book.’ Not write A book; write THE book. So I wrote the book, with the formula [on how to create the life you want] so other people can do it too,” Wallace said.

“If you don’t live it, your life doesn’t change. You have to make a choice, then commit to that choice. That’s when the Universe goes, ‘OK, now they are ready. Now we can begin,’” she said.

“God cannot and will not intercede on your behalf without your clear choice in asking. So for everybody who is just waiting for messages, they will be waiting a long time. Because the universe is waiting on you to decide.”

For more information on Dee Wallace, her career in film and TV and her work as a healer, visit IAmDeeWallace.com.