From Queen to Queer: The Evolution of Drag in Dallas 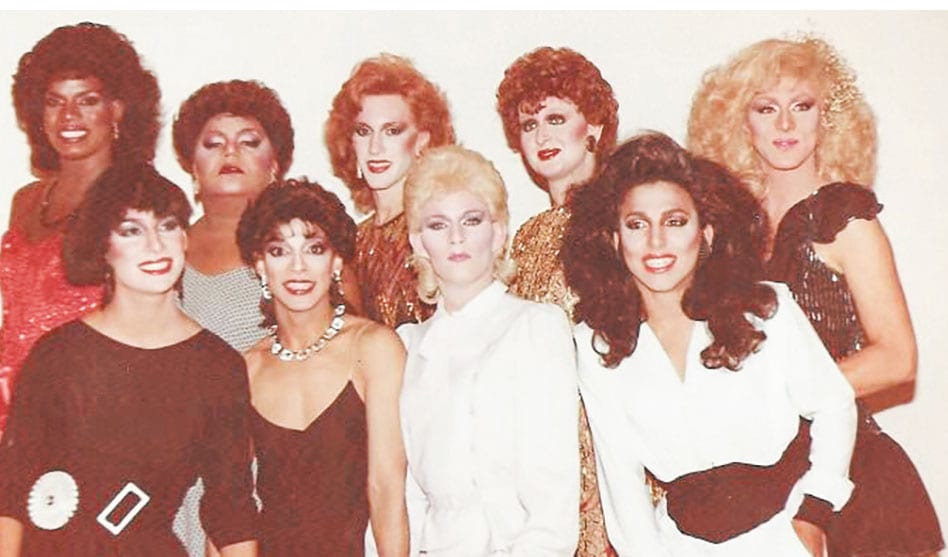 Villa Fontana, Dallas’ first gay bar, opened in the 1950s. The laws in Dallas back then prohibited cross-dressing but that didn’t stop Dallas queens. Tammye Nash, the managing editor of the Dallas Voice, recounts a story from her friend Joe Elliot: Every man had to wear some item of “male” clothing. Drag queens and trans women always made sure to have men’s underwear on under their dresses.

Drag (and Dallas) has changed A LOT since then.

Bars like The Landing, the Blue Parrot, Illusions, Buddies, Anchor Inn and Hartfords — the place for comedy drag and boy strippers in the 1980s — that featured drag shows have come and gone. The Old Plantation of the ’80s became the Village Station of the ’80s and ’90s and the S4 of the 2000s.

The Rose Room inside S4, established in 1986 when it was Village Station, has undergone three remodels, including a major expansion in 2004.

Along with the places in Dallas that house drag, drag itself — and the faces of those who perform it — have changed, to the applause of some and the disdain of others. We can credit (or blame) RuPaul’s Drag Race all we want, but the fact of the matter is drag — like any other art — is evolving.

And with drag’s current all-inclusive evolution, it’s far too easy for drag newbies to see the diversity of shows happening on any given night in the DFW Metroplex and believe that it was always so.

It wasn’t. Dallas drag has evolved from its roots of being a queens-only city to being a drag artist one. But that shift didn’t come easy, and it definitely didn’t happen over night. 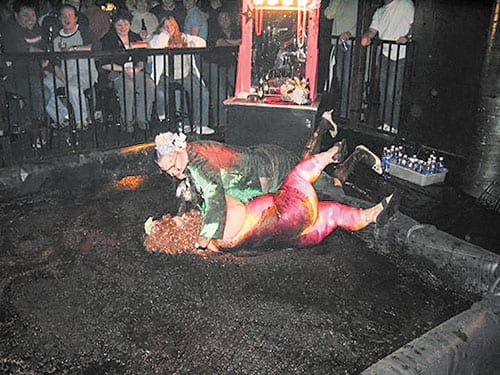 Drag in Dallas in its early years was about entertainment. But that focus shifted with the onset of the AIDS crisis in the ’80s — something that Michael Doughman reflected upon in a 2015 interview with Dallas Voice. “When AIDS started to really become an issue here,” he said in the article, “drag shows became a way to fight back… . That’s when it started, the mantra of charity drag.”

What Dragging Up Dallas History, a 2015 article by Tammye Nash, also pointed out was that even within the queens themselves there was a divide, a “huge gap between the pageant girls and the charity girls.” In 1995 a charity queen named Patti La Plae Safe became the first to bridge that gap by winning the Miss Gay America title.

The ’90s would prove to be a big pivot point for Dallas drag as well.

Two under-represented and marginalized groups, lesbian women and the black gay community, soon found themselves front and center on the stage.
All-girl drag shows were already popular at bars like High Country and Buddies, when in 1990, Kathy Jack brought The Strip’s first all-female show cast to Sue Ellen’s with her Thursday

As Dallas drag historian Richard Curtin recalls, “It was what I called Femme la Drag. And it really was the birth of women performing drag in the Dallas scene.”

Then in 1995 Miss Wanda, aka Jasper Lightsey, birthed his Miss Wanda Show, which became JR’s Bar and Grill’s first and only drag show. The Miss Wanda show ran for 10 years at Caven before moving to other Dallas clubs. It now calls Deja Vu, formerly Tekilas, its home. 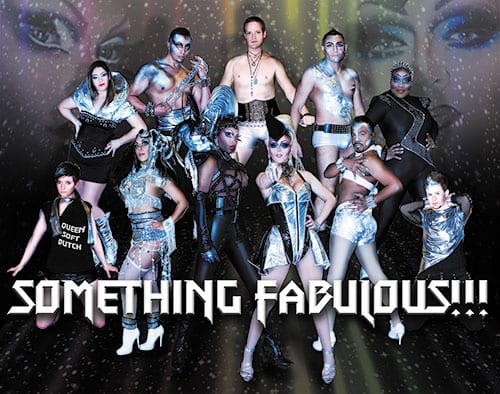 On the more traditional drag front, in 1996 one of the nation’s most iconic drag pageants, Miss Gay USofA, moved its national pageant permanently to Dallas. The first Miss Gay USofA happened at the Dallas Grand Hotel, which is now the Statler, and Natasha Richards was crowned. Along with the now infamous Rose Room, USofA pageant’s move to Big D helped further solidify Dallas as one of the capitals of drag.

By the time 2000 rolled around, Dallas was slowly shifting from the land of the queens to the land of the all. Richard Curtin had brought the now infamous and much beloved Drag Queen Mud Wrestling to TMC in 2003; and an uber-talented Michael and Janet Jackson impersonator named Sonja was slaying the Thursday night amateur show, as it was called back then.
But the prominent representation of drag others that was strong in the ’90s was starting to fizzle. That changed in 2005 with the drag king troupe Dukes of Dallas.

While there had been drag kings on the Dallas scene before, The Dukes of Dallas were the first king collective to have a reoccurring gig and a home bar — Buddies II. The Dukes of Dallas was started by Ian Patrik, Nate Jones, Blaze Rayvn, and Papi Levi. The group dissolved in 2009 when Buddies II owner, Mama Dawn, decided to retire and the much-beloved bar closed.

Within that same timeframe, in 2007, Resource Center paired one rising star drag queen — Jenna Skyy — with another — me — to head the entertainment committee for their monthly fundraiser Gaybingo. Together we created SOMETHING FABULOUS!!!.

But what Jenna and I didn’t know at the time was that SOMETHING FABULOUS!!! was Dallas’ first and only all-inclusive show cast. Our cast of 10 to 12 performers ran the entire gamut of the LGBTQ and drag spectrum: drag queens, kings, trans, lesbian femme, a female drag queen (faux queen) and male entertainers all performed together every third Saturday. And soon we were opening the Rose Room show.

By the time SOMETHING FABULOUS!!! took its final bow in 2013, another group was emerging that would marry and expand upon the themes and ideas we embodied and helped launched.

A Dukes of Dallas former member, Frankie4Play, and Cher Musico, a photographer and producer, had worked together to create Mustaches & Music, a drag king group that got booked at Sue Ellen’s. That group would eventually turn into Mustache Envy, but the next shift in the Dallas drag scene occurred when they brought in burlesque performer Lillith Grey to emcee shows in 2011.

Cher recalls, “Both Frankie and Lillith’s work during this time was so pivotal in building the current queerlesque and gender-inclusive performance community. These kings worked hard to create community, and kings are still working hard to be seen. Yet we’re also seeing more gender fluid performers.”

That same year, Lillith bridged another gap between the drag and burlesque community when she began Panty Raid at Sue Ellen’s. Panty Raid was the first queerlesque show in Dallas.
Lillith said she started it because she was “working on a show and one of the drag kings wanted to tap dance, and the producer said, ‘Kings don’t tap dance; it’s not manly.’

“So I started a show where kings could tap dance.”

What is now a regular occurrence — inclusivity in drag — on and off the strip was once an anomaly. In a way, it still kinda is.

And while it’s easy to look back on how far we’ve come and celebrate the diversity of drag’s lineup in Dallas today — Drag Queen Jello wrestling, Kylee O’hara Fatale’s The Queer Off, Drag Brunch at Hard Rock Cafe, and the Texas Queerlesque Festival — we are nowhere near done evolving.

Because despite all this growth we’ve done, despite all the work toward inclusivity by those mentioned above and the one’s whose names have been lost and forgotten with time, we still have not built what I believe are the most important bridges: the one’s within ourselves.

The drag scene and drag community in Dallas has yet to connect and bridge themselves with Dallas’ thriving Ball/House community, which is hosting their next Ball/House and Pageant

Community Conference on Sept. 27, as part of Dallas Southern Pride’s Black Pride Weekend. And the drag community still has yet to connect with Latin drag icons like Paty Palacios, who played an integral role in bringing the Latino tradition of Show Travesty to Dallas in the ’90s.

So, yes, the Dallas drag scene has overcome many barriers and knocked down many walls.

But now its time we knock down our own.