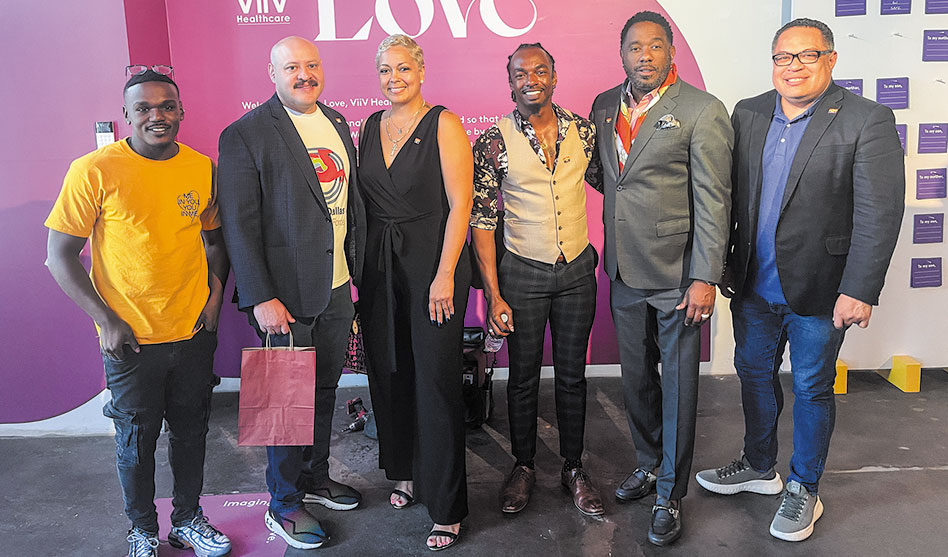 “It’s time for us to do something different in this work,” says P.J. Moton-Poole. “People deserve more.”

Moton-Poole works for the pharmaceutical company ViiV, the only pharmaceutical company solely focused on HIV. He takes a wholistic approach to his work. That’s why he led the creation of an art exhibit that premiered this week in Dallas and will go on tour later this year reflecting his work with Black men, Hispanic men and Black women, the three communities most heavily impacted by new HIV infections.

“We look at HIV as more than just a virus in people’s bodies,” he said of his company, adding that ViiV has been working to understand some of the things that make people vulnerable to contracting HIV and to help people living with HIV live long healthy lives.

That’s the name of the interactive art exhibit he assembled showing through July 1 at 2700 Swiss event space. With Love, Moton-Poole said, is a love letter to the three communities much of ViiV Healthcare’s work centers.

Dallas is one of four cities ViiV has targeted with its Place-Based initiative to make an impact on the local area by supporting organizations that help people manage HIV care and gain access to additional supportive services. That initiative began with listening sessions with individuals and organizations focused on learning what barriers exist for people living with HIV and those who could benefit from PrEP. 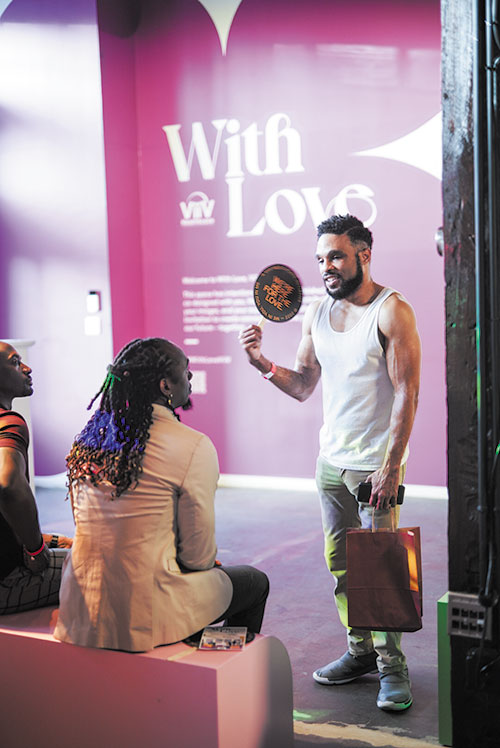 ViiV’s With Love exhibit hopes to engage people by getting them to interact with the various elements. (All photos by Ricardo Mauricio)

One of the things ViiV learned by listening is that housing is a major issue in accessing HIV care. For the housing-insecure, remembering a daily pill is low on the priority list. That’s one of the reasons the company is committed to the development of long-acting injectable medicines. This includes Cabenuva, an injectable medication that’s administered every other month for the treatment of HIV, as well as Apretude, a new injectable PrEP option.

Through this work, Moton-Poole said, ViiV also learned that local organizations don’t always coordinate services to make them easier for clients to access. As an example, he said, ViiV granted Abounding Prosperity funds to do HIV testing to compliment a program that provided COVID-19 vaccines at Dallas Southern Pride’s Juneteenth Celebration this weekend.

ViiV has also done work to the “youth voices.”

During these listening sessions, Moton-Poole said ViiV learned that younger people are more likely to engage in sexual health messaging digitally. As a result, ViiV aims to support programs that implement telemedicine as an option for young people to connect to HIV care.

He said that through grants, ViiV hopes to better support collaborations through healthy partnerships.

And that brings Moton-Poole back to With Love, which he calls, “a love letter from ViiV to the community.”

The exhibit is interactive and designed to help attendees create and explore their own narrative, create community and create their own independent and collective future.

“It’s reframing what it means to live with HIV, empowering those who can benefit from PrEP,” Moton-Poole said.

It teaches people to thrive rather than just survive, he explained. 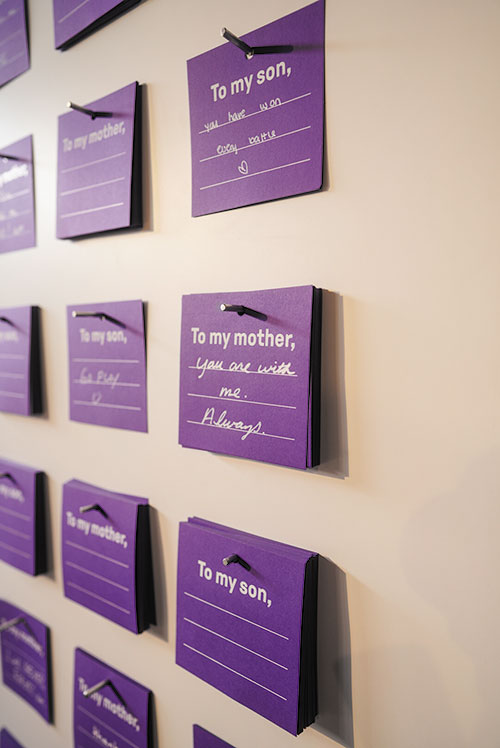 The exhibit
When you enter 2700 Swiss, you’re greeted by LED lights, vibrant colors and big words around the space. You’re given chalk and markers to interact with the exhibit.

The idea, Moton-Poole said, is to “leave a piece of yourself.”

In the center of the exhibit are a table and chairs where visitors can sit and reflect on who they bring to the table with them and to recognize who their support is. Those who have been cast out by family or religion can reflect on who makes up their chosen family.

“You are an architect of your own future,” he said. “Map out who is at your personal table.”

Although PrEP has been around since 2012, he said, “it’s only recently been marketed to black and brown individuals.” Moton-Poole said that’s why he wants to empower Black men and women and Hispanic men to see themselves reflected in this work in a way that empowers them to make their own decisions that support their unique sexual health needs.

Prioritizing the health and safety of Black trans women is something Moton-Poole said the workd has not done a good job at. He said many of those women face a lot of rejection from family and isolation to gain a sense of safety and survival. Muhlaysia Booker’s murder and the national publicity and outrage it ignited caused the community to mobilize and begin to create its own organizations promoting their safety and health.

Moton-Poole said With Love feels like the culmination of his 16 years doing HIV prevention work. He began in college as an outreach specialist providing safe-sex kits and offering information on local testing. His first job out of grad school, where he received a master’s degree in social work, was at Resource Center where he was a program lead at United Black Ellument. From there, he worked for AP, Inc. and then the national organization AIDS United before joining ViiV.

“ViiV is a company that engagew the community in a different sort of way,” Moton-Poole said. “We want to disrupt health disparities and end HIV for all.”

The exhibit is open noon-5 p.m. at 2700 Swiss, 2700 Swiss Ave. through July 1. After Dallas, the exhibit moves to Atlanta and Miami later this year.