From daily to monthly 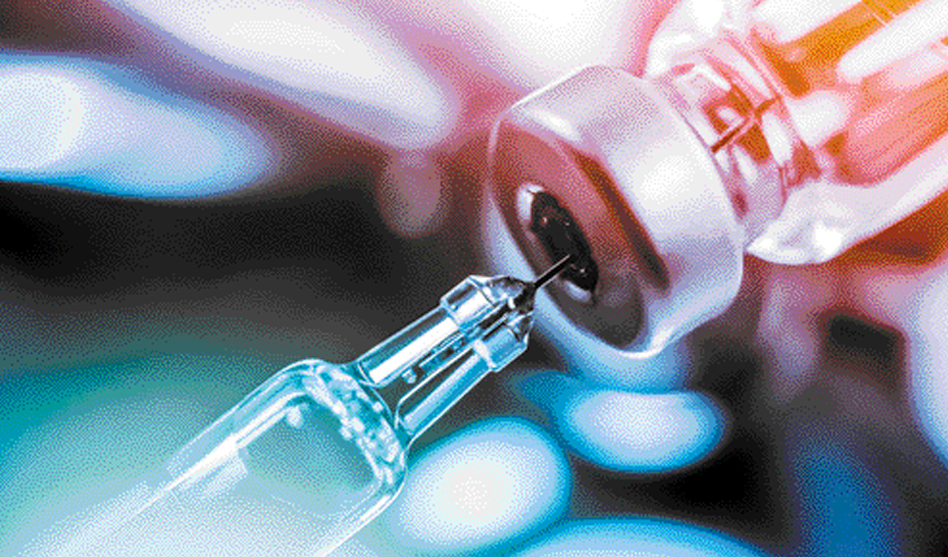 Advances in medication have given people who once would have been living under a death sentence the ability to live basically “normal” lives by taking a single pill, once a day.
But with all of these treatment regimens, consistency is the key to success. Someone who, for some reason, breaks the regimen risks losing all the progress they have made.
Now, the latest advancement in HIV treatment aims to make maintaining the necessary consistency easier by replacing the once-daily pill with a once a month injection.
The FDA has already approved Cabenuva, an HIV medication administered once a month by injection. But research continues toward the goal of lengthening the time between injections from one month to two — and maybe even longer.

North Texas Infectious Disease Consultants in Dallas is just one of the locations which has been conducting trials for the once-a-month Cabenuva treatments. Bryan King, vice president of clinical research and business development at NTIDC, said, “Our research department has participated in all the Cabenuva trials over the past 10 years. We actually gave one of the first injections here in the U.S.”

Dr. Chris Bettacchi is NTIDC’s principle investigator for all of its Cabenuva studies, King said, adding that NTIDC is “currently working with multiple sponsors, looking at long-acting medications that include Caspid Inhibitors, Broadly Neutralizing Antibodies — bnAbs — and other new concept medications that are administered by injection or IV infusion up to every six weeks.”

Some of these trials, King said, are double-blinded, but “in HIV trials we never have a placebo-only arm. All subjects will always receive an active treatment, but they might be blinded to whether they are taking the new experimental medication or the comparator standard of care medication.”

Dr. Bettacchi explained Cabenuva is intended to “replace the current oral anti-retroviral regimen of a person living with HIV who is ‘virologically suppressed,’ which means they have an HIV ‘viral load’ that is undetectable by routine blood testing. Also, the patient should have no history of HIV treatment failures due to resistance and no resistance to either component of the medication.”

He said that Cabenuva is a combination of Cabotegravir, an integrase inhibitor, and Rilpivirine, a non-nucleoside reverse transcriptase inhibitor, both of which have been well-studied and have been shown to be highly effective. Each component, on its own, has proven to be “very safe and effective,” the doctor said.

To create the injectible medication, these two components are formulated into “nanoparticles,” which essentially dissolve slowly and steadily over time to release the medication. “This is what allows dosing on a monthly basis,” Bettacchi explained.

The advantages of a monthly injection over a daily pill, Bettacchi said, include “increased adherence, increased convenience and personal preference,” not to mention diminished possibility of missing doses.

“Many patients have expressed their enthusiasm for the convenience of an injectable medication. It is one less thing that they have to think about in their day,” he said. “Finally, many patients have reflected upon the fact that there still is somewhat of a stigma associated with HIV infection, which can lead to uncomfortable feeling when they have to go to their pharmacy to refill their medications. And on a personal note, some patients tell us that they do not want the daily reminder of having HIV which comes with the act of taking medication each day.

“In the end, an injectable medication does away with many of the real world obstacles to medication compliance.”

Lauren Dunnet, HIV specialty pharmacist for NTIDC, said that while the cost per month for Cabenuva is “significantly greater than the cost of one month of traditional oral anti-retroviral therapy,” there are programs available to help a patient cover the cost. “In fact,” she said, “most patients should not have to pay anything out of pocket for the long-acting injectable.”

ViiV, the pharmaceutical company that makes Cabenuva, has a Bridge Program that covers 100 percent of the cost for up to a year while the patient’s own insurance conducts a formulary review.

“Once the patient’s insurance adopts Cabenuva to their formulary, ViiV’s co-pay card is front loaded with $13,000 to help cover the out-of-pocket expense,” Dunnet said.
There are also charitable grants based on the patient’s annual income.

She continued, “Cabenuva will be reviewed by Texas ADAP later this spring. And, given its unique dosage form and potential for patients to achieve perfect adherence — thus potentially eliminating the development of resistance — I am confident that ADAP will choose to add Cabenuva to their formulary.”

King said that NTIDC expects to administer its first Cabenuva to a commercial patient through its own HIV specialty pharmacy within the next couple of weeks.