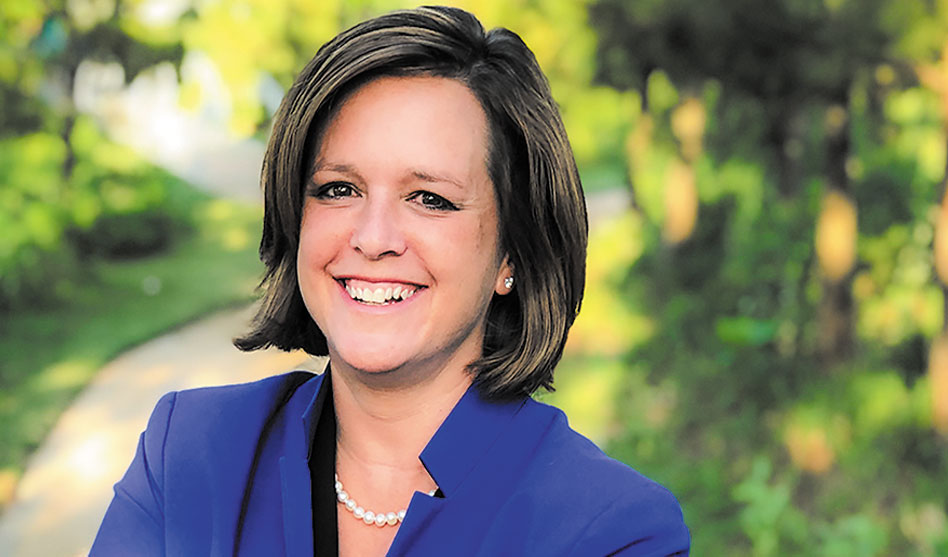 To flip leadership in the Texas House of Representatives, Democrats need to capture nine seats this November. Considered the most flippable seat is District 134, which includes the Montrose area of Houston, that city’s LGBTQ neighborhood.

Davis higher than any other Republican serving in the Texas Legislature.
But Johnson disagrees. “She was first elected as a tea party candidate,” Johnson said of her Republican opponent.

Davis’ rating with the NRA remains high while her score with the Sierra Club is zero. Although she’s moderated her views to more closely reflect her district, she came to the legislature as pro-life but now claims to be pro-choice.

She voted to cut education funding by $5.3 billion in 2011, and she led the fight prevent Medicaid expansion in the state, leaving hundreds of thousands of Texans without healthcare insurance.

And if that isn’t enough, Johnson’s overriding argument is that District 134 voters need to elect her so Democrats will gain control of the House. Her party, she points out, is just nine seats away from that goal.
Johnson asks Democratic voters in her district who think Sarah Davis is moderate enough if they love her enough to hand the House of Representatives back to Gov. Greg Abbott. Handing Republicans control means one thing to Johnson — another 10 years of gerrymandered districts.

One of the main jobs of the House of Representatives in the 2021 session is to take the newly released census figures and new number of U.S. House seats and create districts for the legislature and Congress. Texans will live with the lines drawn for the next 10 years.

Johnson points out that statewide, Republicans hold only a 3 percent majority over Democrats, but gerrymandering of congressional districts has resulted in two-thirds of the 36 Texas seats in Congress being held by Republicans.

For those looking at the issues, Johnson said, the difference is “clearly definable.”

On the COVID crisis, Johnson said follow the science. She said Houston was in the same situation as Dallas until the governor finally encouraged wearing masks — a mayor and county judge who had to tiptoe around the governor’s order that masks couldn’t be mandated.

She called Houston’s spike in cases, which caused its ICUs to be over capacity (something we haven’t experienced in Dallas) a result of a failure of leadership that was supported by her opponent.

Johnson says gun safety is a concern for people living in her district, and she thinks it should be a concern to everyone in Texas, where four of the top 10 shootings in the last two years have occurred. And she has three proposals that she says most responsible gun owners support: universal background checks, safe storage and extreme risk protection orders.

When a gunman drove from his home in Allen to El Paso to go on a killing rampage last year, the shooter’s mother had already warned police her son was a danger to himself and others. But officials did nothing, and the man was able to keep the weapons he then used to kill 20 people.

Johnson said her risk prevention protection proposal could have prevented the El Paso shootings. And, she added, safe storage of firearms to keep them out of the hands of children is a common sense proposal that responsible gun owners already follow. No one wants children finding guns and playing with them like they’re toys.

On crime, Johnson points to her experience as a former human trafficking prosecutor who’s now in private practice specializing in juvenile and criminal law and defending those whose lives have been been affected by human traffickers.

“I’ve lived it,” she said. “My wife and I got married, but we had to wait for the U.S. Supreme Court to give us that right.”

Johnson said she has no doubt Davis will support Gonzalez’s bill, but she questions whether Davis will bring any other votes for it along with her. And with Republicans in control of the House, Johnson said,

she doubts the bill will get to the floor.
The LGBT Victory Fund CEO Annise Parker is the former mayor of Houston where she worked with Johnson. She said Johnson’s work there around human trafficking “was transformative.”

Johnson’s challenge to Davis, Parker said, is the strongest since Davis was first elected. Although Davis has been returned to the legislature by an electorate that perceives her as moderate, “In the Trump era, even Republican-light is not what they want,” Parker said.

And, the former mayor added, Davis supports racist, sexist and homophobic ideas — even if she doesn’t believe them herself — by caucusing with the Republicans who do believe and promote them. And that, Parker said, is why “she needs to be gone.”