Fit food fit for a queen 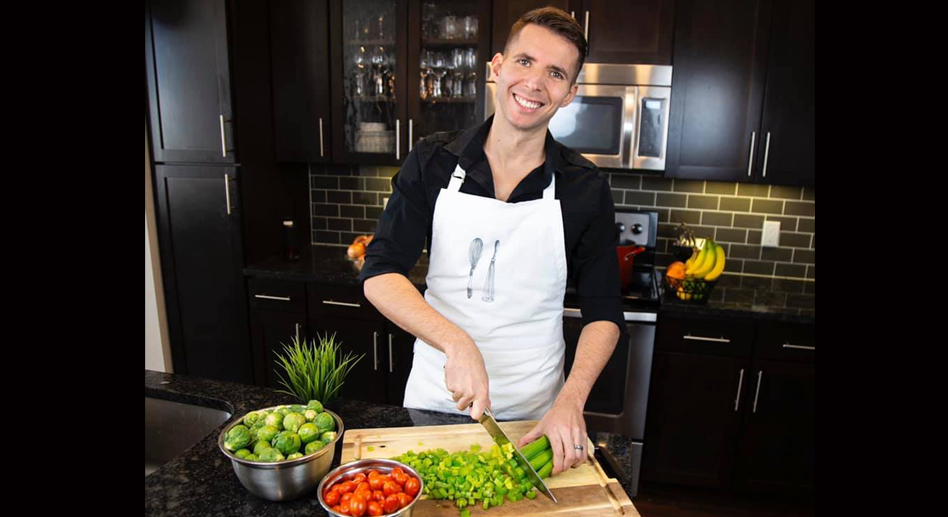 Cody Lynch just launched his new meal prep service, and it is already taking off. After developing a meal plan and recipes aimed at losing weight and getting back in shape himself, Lynch said, several of his friends asked if he would do the same for them. And Fit Queen Cuisine was born.

Lynch started out with three or four clients, he said. Then other people started asking him to cook for them, too, and his client list jumped to six or eight. Before he knew it, Lynch had gone from making about 65 meals a week to making about 150 meals a week. And more potential clients are asking about his service all the time. If the business grows any more, he said, he might have to consider hiring some help.

“Working on my own, I can turn out as many as 240 meals a day, but I am really more comfortable at about 60 meals a day,” he said.

A childhood passion
Lynch said his passion for cooking goes back to his childhood when he would spend vacations with his aunt in New Orleans, who taught him how to cook mouth-watering Cajun concoctions. On each visit, he said, she would teach him a new recipe. And when he graduated from high school, she gifted him with a cookbook holding all the recipes she had taught him through the years.

By his mid-20s, Lynch said, he was working as an event coordinator for the company that owned the bar BJ’s NXS, then located on Fitzhugh Avenue at Travis Street. As he juggled an increasingly hectic work schedule, Lynch said he let his personal fitness regimen slide, and before he realized it, he had packed on 80 pounds. 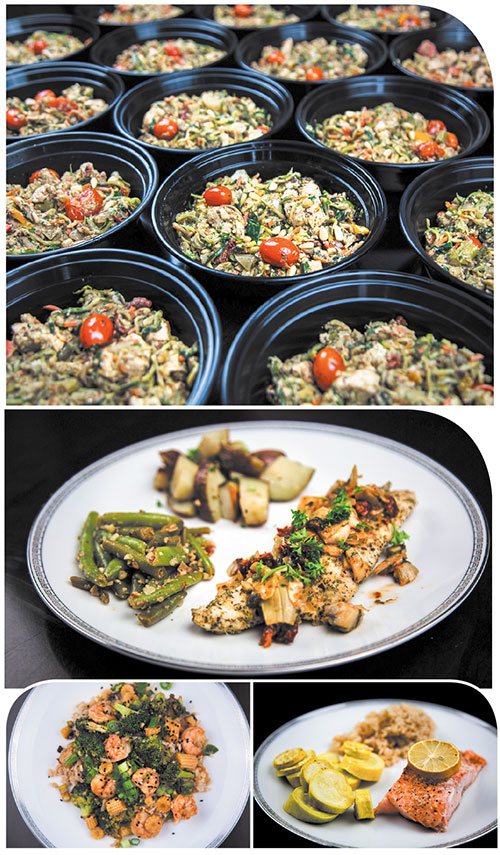 “One day, I really realized how much weight I had gained, and I told myself, ok, I gotta lose these extra pounds,” he recalled. So after researching some options, Lynch chose to go with the Whole30 meal plan. While he saw some success with that plan, he said he soon began to find the diet far too restrictive. There are lot of absolute no-nos with the Whole30 plan — no dairy, no added sugar, no alcohol either to drink or to use in cooking. The plan also forbids all grains, Lynch said.

The Whole30 plan is ranked low among popular diet plans because the restrictions can make it hard to stick with the plan. So Lynch said he started researching a lot of different diet plans, including the higher-ranked Mediterranean style diets and eventually developed his own formula.

With his personally customized diet plan in place, Lynch said, he managed to reach his goal weight — 170 pounds — and maintain that weight over the course of three or four years. It was his friends that noticed his success in losing the weight and keeping it off that were his first clients. Then they recommended him to their friends, and Fit Queen Cuisine came to be.

How it works
Lynch spends four days a week — every Sunday and Monday and every Wednesday and Thursday — preparing clients’ meals. By cooking twice a week rather than preparing a week’s worth of meals in advance, he said, he is better able to maintain the freshness and the flavors of the meals he creates.

Each Thursday, Lynch releases his menu for the next week. He offers six different meals a week, picking and choosing each week’s offerings from a list of 42 recipe options. Soon, he said, he plans to start adding to the recipe vault, adding a new dish every month or so.

Lynch said that his recipes work for a number of reasons, not the least among them the fact that he always uses fresh ingredients. And while he references those Cajun recipes he learned from his aunt and other dishes too, Lynch recreates that deliciousness in a lower-calorie, healthier form.

He said his recipes use no added sugars and no processed foods, “only fresh and healthy ingredients.” He also makes his own sauces and dressings rather than using pre-made, store-bought options.

“I don’t use any dairy either,” Lynch said. “I just found that it makes my body feel better to go without the dairy. And there are plenty of non-dairy options available. I use cashew milk or light coconut milk. And I make my own ‘parmesan’ [using a crushed mixture of yeast and seasonings].

“I have had several clients tell me, ‘I never knew eating healthy could taste so good.’”

Lynch’s website, FitQueenCuisine.com, details the different plans and options he offers, including the “seven meals for $75” plan. The website also details all the macros and calorie counts for the different recipes — none are more than 600 calories — and he will be adding nutritional labels for each recipe soon.

Fit food and more
Fit Queen Cuisine is not Lynch’s only job. He also works as the events coordinator for Legacy Counseling Center and operates Spirit Chic Boputique (an online clothing line of hand-painted “school spirit wear” started by his mother and taken over by Lynch about seven years ago). He is also involved in community activities, having served on the board of the Dallas Red Foundation, including a stint as president of the board.

“It’s really all about helping people,” Lynch said. “That’s my real passion, helping people in my community. That’s why I got involved with Legacy and with Dallas Red Foundation. And that’s really my goal with Fit Queen Quisine. I want to help people lead healthier, happier lives.”