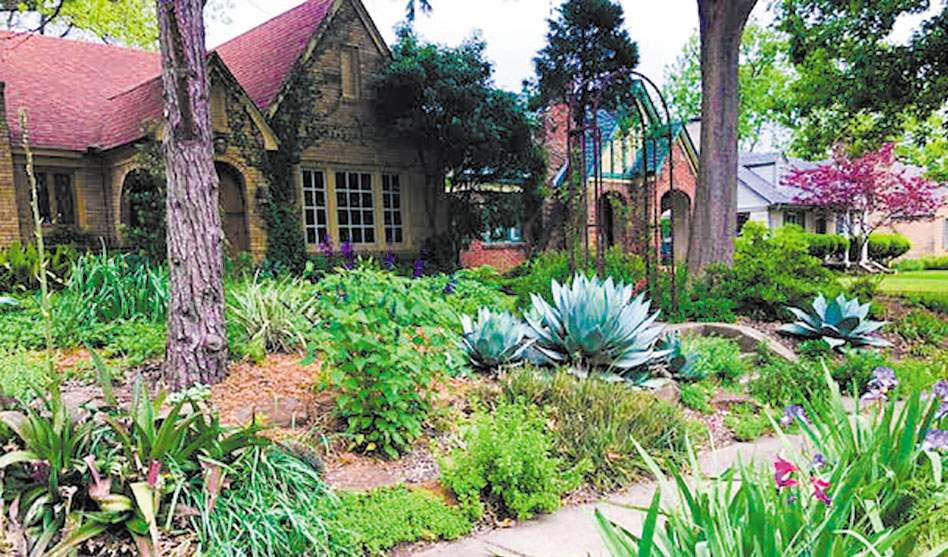 Stankiewicz moved to his current Oak Cliff home four years ago. He had a landscaper design his new yard and went native. But, “Native plants can be aggressive,” he said.

So, this year he’s spending his stay-at-home time scaling down a bit.

Part of scaling down involved removing a swimming pool that had dominated his yard and replacing it with a koi pond. He describes the pond as an off-center, half a donut, raised bog area with three spill overs rather than a the traditional waterfall into the pond. 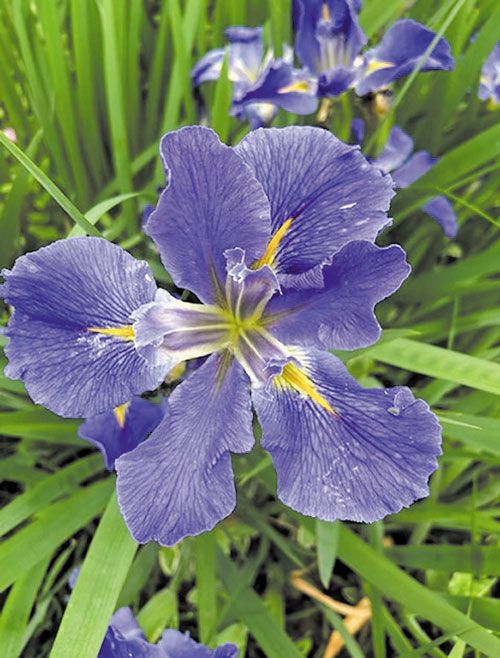 From the gardens of Todd Eich

His recommendations for gardeners in the area are agave and prickly pear. Both are tolerant of the heat and very easy to maintain, he said.

Rainbow Gardeners President Stan Aten pointed out that “The weather’s been odd this year.”

There wasn’t much of a winter, and it’s been a very wet spring, he said. So, he planted tomatoes in February, which is early.

In his garden, there are only a few places where tomatoes thrive. They need a lot of sun, and his yard has lots of shade. He offered one trick to help the fruit grow: plant them near flowers to attract bees that help pollinate the tomato plants.

With stay at home orders, Aten said he hasn’t been to the store at all this year. Even so, he’s put in some raised beds. “The good thing about gardening is if it didn’t work this year, there’s always next year,” Aten said.

But he said good gardening isn’t just about what the garden will look like this year. Always plan five years ahead. If bulbs are happy in the yard, they’ll multiply. So, it’s not about this year’s display of daffodils or irises; it’s how well they set and then divide to produce twice as many next year and double that the year after.

From one iris bulb he picked up at a garage sale years ago, he now has dozens. In his Oak Cliff yard, Aten is looking for plants that are tolerant of the shade. For gardeners who also have quite a bit of shade, he recommends Japanese maples, which are small trees. He’s currently planting choral bells in his yard, which is an evergreen perennial with reddish-purple leaves and little white flowers. Rather than the common large tulips we often see, Aten prefers small tulips that, he said, are more likely to come back year after year. 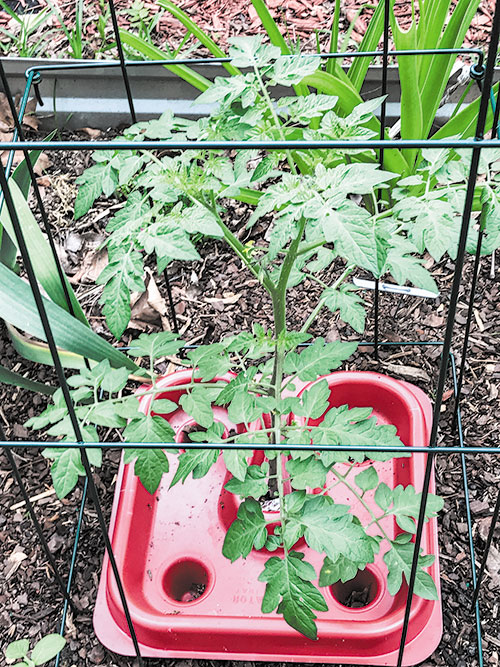 From the gardens of Stan Aten

Rainbow Garden Club member Todd Eich said he was furloughed two weeks ago. He used the time to spend outside in his garden. He also hasn’t been out to the store but has renewed and refreshed his garden with some plant swaps with his neighbors and friends.

“The garden’s given me a sense of something to do,” Eich said, adding that his husband, who’s a chef, believes,

“If you can’t eat it, there’s no use for it.” So, in his garden he’s growing vegetables as well as a number of herbs including parsley, basil, dill, rosemary, oregano and thyme.

“I tend to like flowers,” he said, and his flower garden is mostly wildflowers; this year he’s excited about some sunflowers he noticed coming up.

Eich has had time to work on a pond he dug in the yard, leveling it and adding new water plants. He recommends water lettuce that just floats on the water.

Eich also keeps chickens for the eggs they lay. He said he was down to one older hen who only occasionally lays eggs, so he just added four pullets — younger chickens — that he expects to start laying eggs in a month or two.

For ideas about gardening, Aten said meetings will resume after the pandemic. In the meantime, the group’s website, RainbowGardenClub.com, has pictures from members’ gardens and a list of public gardens around the DFW area to visit although many of those are closed during stay-at-home orders.