Fathers are parents, too 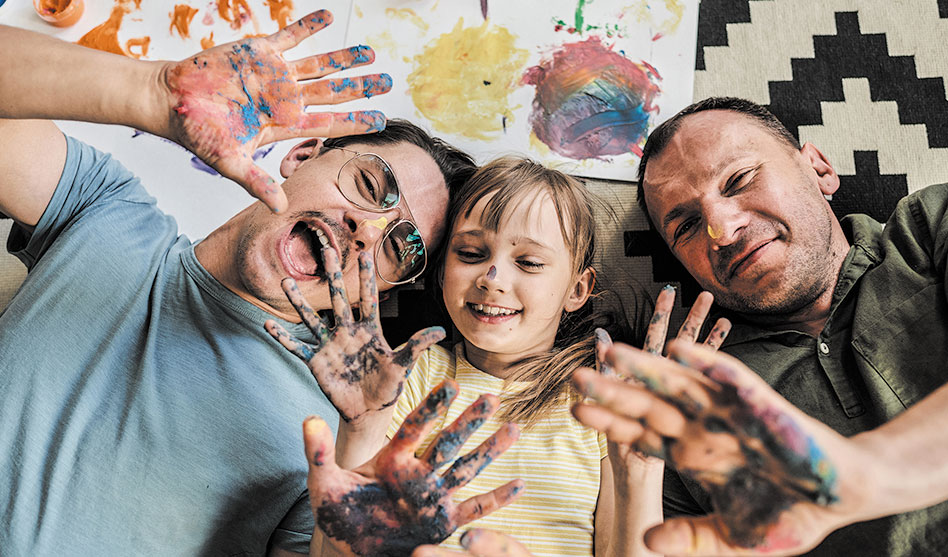 If you’ve been to the store lately, you probably have noticed that things are … missing. There are empty spots on the shelves, and people are saying “supply chain” a lot. And who is to blame?

Transportation Secretary Pete Buttigieg. Or, more specifically, Buttigieg’s audacity to take paternity leave after the birth of his twins.

On Sept. 4, Buttigieg posted a photo of himself and his husband Chasten holding their newborns, with the caption, “We are delighted to welcome Penelope Rose and Joseph August Buttigieg to our family.”

And, of course, the responses across the board have been super chill and normal and kind.

See, Buttigieg is gay, which means that Penelope and Joseph have two dads. There are a lot of hot takes from conservative men (and men who don’t consider themselves conservatives but maybe should!) about this subject:

Why on earth would Buttigieg need to take any time off?

What on earth is he DOING with all this time?

Certainly not caring for, nurturing and bonding with his babies. That’s women’s work!

Men are legit furious that Buttigieg is choosing his babies over his job, especially during a supply chain disruption. And they don’t understand why he is taking this time at all, since neither he nor his husband have BOOBS.

One of the most odious examples of this outrage is from Fox News’s resident white supremacist Tucker Carlson, who said on his Oct. 14 show, “Pete Buttigieg has been on leave from his job since August after adopting a child — paternity leave, they call it — trying to figure out how to breastfeed. No word on how that went.”

Because Pete Buttigieg doesn’t have the ability to breastfeed, he doesn’t need leave! Studies show that infant children do best when they have no time or ability to bond with their parents. Just put them in a guinea pig cage with one of those water bottles filled with milk. They’ll be fine.

There’s so much homophobia and sexism and misogyny wrapped up in criticism of the Buttigieg family that I don’t even know where to start.

But I’ll start with this: EVERYONE SHOULD HAVE THE OPTION TO TAKE TIME OFF FOR FAMILY LEAVE.

It is something that is WAY too hard for way too many people to do. And it certainly shouldn’t be determined by your gender identity or sexual orientation. Two dads are DADS. They are parents.

Also, this whole dust up, as well as a cake topper I saw marketed for gender reveal parties that reads, “I’m here for the sex,” compels me to not only ask, Are straight people okay? And then to answer: No.

CNN’s Jake Tapper asked Buttigieg on Oct. 17 about Carlson’s comments. Buttigieg replied, “As you might imagine, we are bottle-feeding and doing it at all hours of the day and night. I’m not going to apologize to Tucker Carlson or anyone else for taking care of our premature, newborn infant twins.

“The work we are doing is joyful, fulfilling, important, wonderful work; it’s important work, and it’s work that every American ought to be able to do when they welcome a new child into their family. I campaigned on that. So did the president,” Buttigieg said.

Hear that? BOOM! Mic drop. Or that could have been the sound of Buttigieg passing out from exhaustion since he is taking care of premature newborn twins.

Oh, and about the supply chain problem: Buttigieg is the head of a department. Which means that there are people working on this. It’s a big problem! But the cause has nothing to do with Buttigieg’s babies.

I’m a mom. I didn’t give birth; my wife did. She also breastfed our son. But at no point did I think to myself, “Huh, I guess there’s nothing for me to do here!”

Our son is the light of our lives, and I cannot imagine feeling like spending time with him when he was a newborn was a waste or something that only his birth mom needed to do.

Parenting is hard. So, so hard. And I say that knowing how many advantages I have and how much privilege my family has.

The truth is that this country pretends that we value family and children, but we totally don’t. Not if you look at actual policy and funding. You know, the things that matter.

Tucker Carlson is a terrible person, or as TV writer Michael Slezak put it on Twitter, Carlson is a “bleary-eyed, hate-spewing fart in a Ziploc.” It’s shocking that so many advertisers keep on supporting his racist, homophobic, conspiracy-driven rants.

Anyone who is still advertising on Carlson’s show needs to be called out and dragged. The man is a walking hate crime.