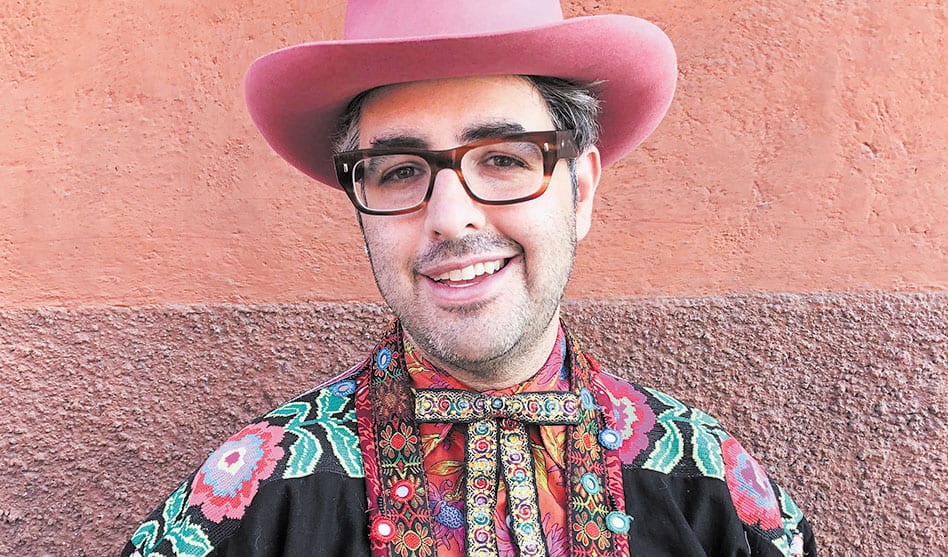 Ari Seth Cohen’s appreciation for style led him to start a popular fashion blog; he put octogenarian Valerie von Sobel on the cover of one of his books, below.

Valerie von Sobel — one-time Hollywood starlet, acclaimed interior designer, tireless philanthropist and style icon — answers her telephone a bit flustered, having just paid a tradesman $800 to fix her gate. It’s an expense that might leave most of us disgruntled, but the repairman was pleasant, and she’s happy to have it out of the way. Her demeanor is sunny and upbeat.

“Give me one ounce of reason to be glad and grateful, and I will take it,” says von Sobel. “But that [attitude] came out of many, many years of deep suffering.”

Suffering, indeed. In the early 1990s, von Sobel lost her husband, her mother and her 19-year-old son within 12 months of each other. Initially, she spiraled into a profound depression. Soon, however, she responded by establishing a foundation (now called Compassion Can’t Wait) that provides funds to families of terminally-ill children. She put her energies squarely into that.

But when she was finished with mourning, she rediscovered her own sense of style was stronger coming through such a maelstrom. 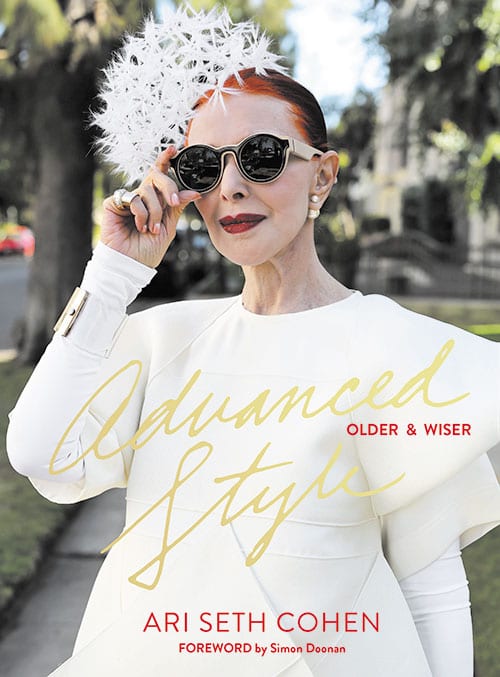 “I burst into this [current] creative zone about 10 years ago,” she says. “When I was younger, I was always appropriate and elegant. Today, I am not elegant — I don’t give a shit. It takes a certain amount of confidence and non-caring [to develop a real style]. Now I really know the meaning of that.”

Which makes her the ideal co-chair, along with fashion photographer Ari Seth Cohen, of the Advanced Style Fashion Show and Fundraiser, which comes to the Design District on April 25 as a benefit for Ed-U-Care Dallas. The show, conceived by local fashionista Will Kolb, will feature a runway of 50-and-over models, taken from all walks of life… and all demonstrating their own sense of style.

But it’s unlike any of them will outshine von Sobel herself.

That’s the germ of what style means to her. And to Cohen as well. Cohen’s essential fashion blog, called Advanced Style, plays on the duel understanding of the word “advanced:” Both super-sophisticated, and coming later in life. Runway models may typically be 20-something size 2s, but a few crows’ feet and roomier dress sizes don’t mean you don’t have style — in fact, it often means you have more.

“I started my project [as a photographer, blogger and now fashion-book author] in 2008 when I first moved to New York City. My grandma had lived there growing up, and she was my best friend, so I always had a very positive picture of ageing because of her. When she passed away, it left a big void in my life, so I looked for something to fill that void. After I met these incredibly well-dressed, vital women on the streets” of NYC, he found the way to do that.

Older women (and men) impress him because they don’t conform to trends, or even social conventions, but march to their own drummers. 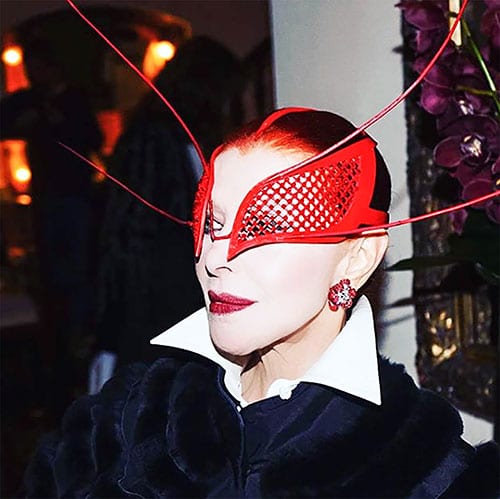 “My [vision of style] is based upon personal expression more than it would have anything to do with fashion,” Cohen says. “Style is very personal — how one chooses to live their life. It never makes any sense to me to hear someone say, ‘That’s not stylish,’ because it is — it’s your style. It’s more about the spirit of the people and their attitude than the clothing. A lot of the women I meet don’t dress for other people, they dress for themselves. They have been able to collect and curate a wardrobe, they know what proportions [or colors] work for them.”

And chief among those Cohen has encountered who exude that are von Sobel.

“A friend of mine had taken a picture of Valerie years ago and sent it to me, and I kept it in the back on my mind that this was someone I wanted to meet and photograph one day,” he says. “She’s one of the most fashionable people I’ve ever met and became a dear friend.”

Von Sobel has her own thoughts on style, but she and Cohen agree that it’s more than a question of clothing but of attitude and life choices.

“There is an appliance I was wearing at the Chateau Marmont recently that Lady Gaga wears on the red carpet — I wear it on a Tuesday night,” she deadpans. “It’s doing it not for attention but for myself. I am humbled by the creativity of others. Style is about creativity. You look at the looks most people will find outrageous, and I see it all as a reflection of joy — not whining through life but being grateful. When you know great sorrow, you can appreciate great joy.”

She wasn’t to the manor born. An immigrant from Hungary in the 1950s, she moved to California and was soon signed by 20th Century-Fox Studio as a contract player (her biggest role was a sexy woman alongside Jimmy Stewart in Mr. Hobbs Takes a Vacation), where she was dressed by the costume department. Looking back, she declares, Old Hollywood was a fashion-free zone.

“It was pathetic — with today’s eyes, so simplistic, so elemental. Shapes didn’t change, just colors and fabrics. I’m not sure how we actually called that fashion. I think there was very little creativity within the boundaries of fashion.”

It’s not about money. Cohen talks of how he’d look through his grandmother’s scrapbooks of her family in Iowa and see photos of women who didn’t have a lot of money but looked distinctive. (Nowadays, he concedes, it’s almost more difficult to be distinct because of social media. “It’s harder to be individual because there is so much visual content that has normalized everything. In a sense, the word hipster doesn’t even really apply anymore.”)

“I don’t buy my clothes on Rodeo Drive — I’m much smarter than that,” von Sobel counsels. “I’m good at combining items from a thrift store, a runway, vintage. I can travel with four items, and you’ll never know I’m wearing the same thing. It’s about accessorizing — hats, gloves, belts, corsets. I have stood on the shoulders of elegance. I have always loved elegance, but we are talking about a totally different thing [when we talk about personal style]. You have a choice — you can refer to your traditions and quietly declare ‘This is not for me,’ or you can go with it. It’s about creating. It all goes together with the way you speak, write, decorate or see the world. It reflects how you feel.”

Proceeds from the show benefit Ed-U-Care Dallas. VIP cocktail reception at 7 p.m., runway show at 8 p.m., hosted by Ron Corning. In addition, Cohen will be signing copies of his latest book, Advanced Love, and von Sobel will be signing copies of Cohen’s last book, Advanced Style: Older and Wiser (on which she graces the cover) and American Originals (proceeds of which benefit Compassion Can’t Wait) at Interbang Books, 10720 Preston Road on April 24 at 7 p.m.